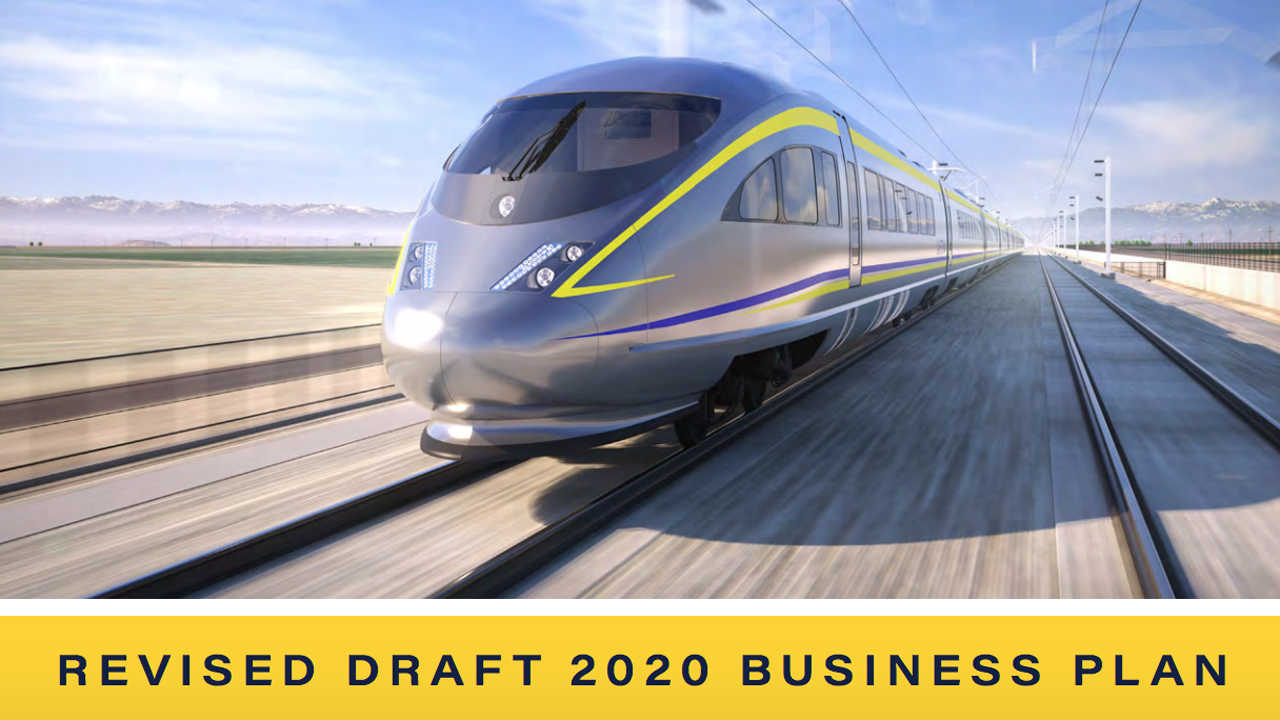 The plan lays out the challenges of the pandemic, and how CHSRA is overcoming them and working to mitigate ongoing impacts.

The California High-Speed Rail Authority (CHSRA) has outlined a path forward for completing construction in the Central Valley.

The Revised Draft 2020 Business Plan—slated for final approval last year but repeatedly delayed due to the pandemic—affirms the development of the electrified Merced-Fresno-Bakersfield high-speed rail interim service line, while advancing environmental reviews and current investments in local and regional infrastructure projects, according to CHSRA.

The plan also lays out the challenges of the pandemic, and how CHSRA is overcoming them and working to mitigate ongoing impacts.

Due to those impacts, CHSRA needs more time to complete the work, CEO Brian P. Kelly wrote in the plan. He reported that construction on the first 22-mile segment through Kern County (between one mile north of the Tulare/Kern County line and Poplar Avenue to the south) is expected to reach “substantial completion” in about 15 months. Construction on a 32-mile stretch between Avenue 19 in Madera County and East American Avenue in Fresno County, and on approximately 60 miles from East American Avenue to one mile north of the Tulare-Kern County line, will take CHSRA into 2023. In addition, construction costs are up by about $330 million over the current budget, Kelly wrote, and “because of the risk and uncertainty that lays ahead, we propose to increase our contingency budget considerably.”

Kelly also reported that “to mitigate risks affecting our Track and Systems procurement, we propose to change the timing, approach to construction and phasing of the track installation. These actions will mitigate cost risks and improve construction efficiency.”

The Revised Draft 2020 Business Plan recommends that $4.1 billion in remaining bond funds—from the 2008 voter-approved Proposition 1A for high-speed rail planning and construction—be directed to complete delivery of the 119-mile Central Valley segment, and $100 million in remaining bond funds be used for early design and completing environmental review of the Phase 1 alignment from San Francisco to Los Angeles. (See below for more on funding.)

Among the priorities outlined in the plan:

• Complete the 119-mile Central Valley construction segment and lay track “pursuant to our federal funding grant agreements with the Federal Railroad Administration (FRA),” according to CHSRA.

• Environmentally clear all segments of the Phase 1 system between San Francisco and Los Angeles.

• “Pursue additional funding opportunities to prospectively ‘close the gaps’ and expand electrified high-speed rail service to the Bay Area and Los Angeles/Anaheim as soon as possible,” the plan reported.

A 30-day public comment period on the plan closes March 12. Final plan submission to the California legislature is expected by April 15.

“At a time when job growth is needed most, California high-speed rail is putting thousands to work in good paying labor jobs in the Central Valley and making tremendous progress on construction of the nation’s first high-speed rail,” Gov. Gavin Newsom said. “Our goal is to get fast, electrified trains up and running in the Central Valley as soon as possible while leveraging other sources of funding to advance important, clean rail and transit work statewide. We’re confident that our federal partners in the Biden administration share our vision for electrified rail—we look forward to working with them to get it done.”

“America has a chance to lead the world once more through innovation in infrastructure—connecting our communities, creating good jobs, addressing climate change and ensuring equity,” Acting FRA Administrator Amit Bose said in a statement when the plan was released. “Passenger rail development, including world-class high-speed rail, can and must be a part of our strategy to accomplish these goals. As in many other arenas, California has taken the lead nationally to advance high-speed rail, starting an economically transformative project in the Central Valley and assuming the challenges that come with that leadership. The U.S. Department of Transportation looks forward to partnering with California as it leads the way to build back better.”

According to CHSRA, the California “Administration has communicated with the federal government on the need for flexibility on the ARRA [American Recovery and Reinvestment Act] grant agreement timelines and emphasized the importance of settling existing litigation to restore nearly a billion dollars in grant funding de-obligated by the Trump Administration.”

CHSRA has two funding agreements with FRA, totaling approximately $3.5 billion: ARRA and FY10. “These funds have been at risk since the FRA’s May 2019 letter terminating the FY10 grant agreement [of $929 million],” the plan noted. FRA took “the position that the project had failed to make steady progress, according to the plan. The State of California subsequently filed a legal suit to stop the action.

The $2.5 billion in ARRA funding was fully expended before the statutory deadline and in compliance with the FRA grant requirement, according to the plan. “Having spent the federal funds, the Authority is now required to match those funds by the grant deadline of December 2022,” the plan noted. “We are nearing completion of that match—currently shown at 99.5% as of November 30, 2020. We expect to attain the full match required for this grant by March 2021, 22 months ahead of the deadline.”

“Per the terms of the federal grant agreement, the FY10 funds, along with $360 million of state matching funds, are scheduled to be the last funding required to complete the federal grant scope of work,” according to the plan.

The approved Proposition 1A provided $9.95 billion for high-speed rail planning and construction. Of this, $9 billion was allocated to CHSRA and $950 million was allocated to local high-speed rail connectivity projects under the oversight of the California Transportation Commission. According to the plan, “Since 2017, the Director of California’s Department of Finance has approved four funding plans to access a total of $3.7 billion in Proposition 1A funds, specifically $2.6 billion for the Central Valley, $600 million for the Caltrain Peninsula Corridor Electrification Project in Northern California, and $77 million for the Rosecrans/Marquardt Grade Separation Project in Southern California. In April 2020, the Board of Directors approved a funding plan for $423 million for the Link Union Station (Link US) Project. This action completed the allocation of all bookend funding to regional construction projects in Southern California and the San Francisco Bay Area. As of November 30, 2020, the Authority has expended 99% of the authorized $2.6 billion of Proposition 1A Central Valley construction funds and has put those dollars directly to work building high-speed rail infrastructure.”

Because the Central Valley Proposition 1A appropriation for construction has been largely utilized through 2019-20, “Cap-and-Trade proceeds are currently forecasted to fund the majority of Central Valley construction in 2020-21,” according to the plan. “Fortunately, the Authority’s Cap-and-Trade cash balance was $2.4 billion at the start of the 2020-21 fiscal year, which provided for a strong opening balance for the fiscal year.”