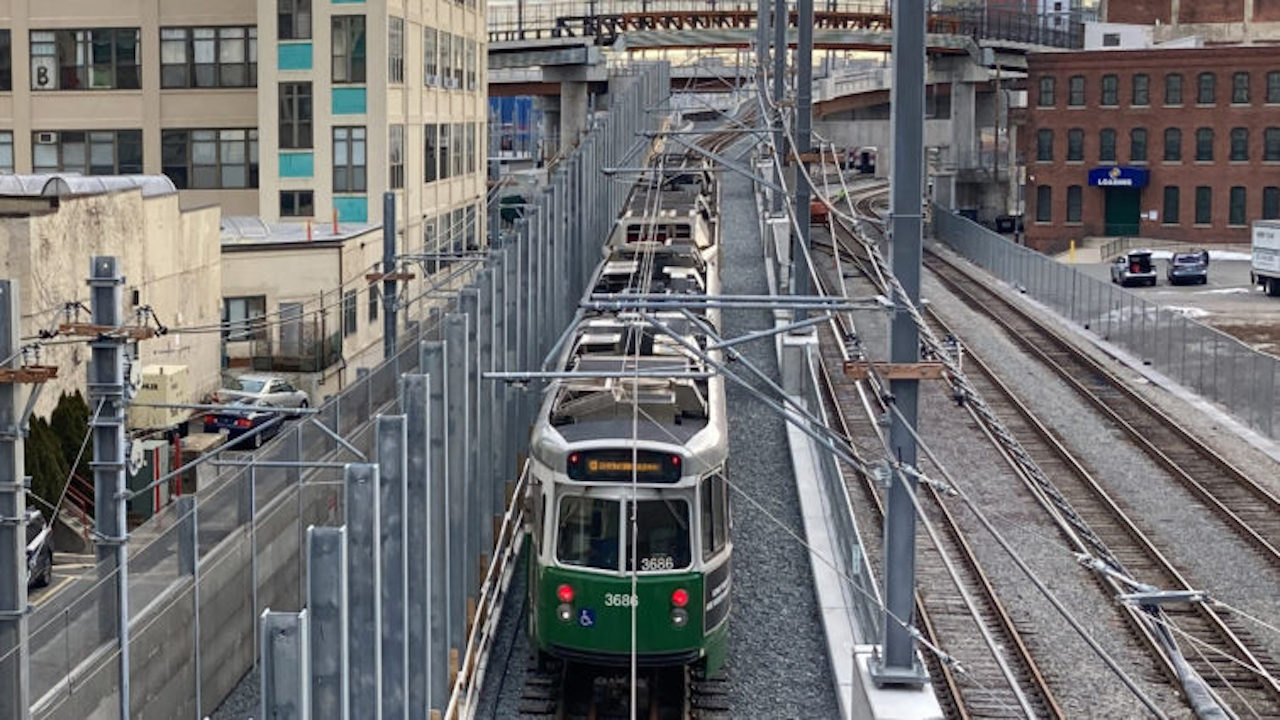 New Special Directives issued by the FTA call for the MBTA to “address personnel, deficiencies and inadequate operating conditions, policies, procedures and training that compromised a culture of safety at the agency.”

Following a Safety Management Inspection of the Massachusetts Bay Transportation Authority’s (MBTA) rail transit system, the Federal Transit Administration (FTA) issued a report of findings on Aug. 31 and informed both the MBTA and the Massachusetts Department of Public Utilities (DPU), the state agency charged with Authority oversight, that safety changes, in addition to those announced in June, are needed.

According to FTA, the new Special Directives—which require an FTA-regulated transit agency or oversight agency to “take immediate action” on safety issues within a specific period—call for MBTA to “address personnel, deficiencies and inadequate operating conditions, policies, procedures and training that compromised a culture of safety at the agency.”

(On July 14, MBTA reported on its progress to address ongoing safety concerns stating that, to date, it had met all of FTA’s deadlines and requirements in response to the four Special Directives issued.)

The FTA on Aug. 31 also issued one additional Special Directive to the DPU requiring the state agency to “improve its capacity to provide effective safety oversight of the MBTA,” adding that “all State Safety Oversight Agencies are expected to effectively implement their oversight programs to ensure rail transit agencies comply with Federal safety requirements and best practices.”

The FTA said it has set timelines for MBTA, MBTA Board of Directors and DPU to execute the new actions and will continue meeting with the agencies to review progress, “until such time as FTA determines these meetings are no longer necessary or may be conducted with less frequency.”

“Transit riders shouldn’t have to question whether they will get to their destinations safely,” said FTA Deputy Administrator Veronica Vanterpool. “Safety is FTA’s top priority, and our role is to hold transit agencies and state safety oversight agencies accountable on behalf of transit riders and workers.”

The full Safety Management Inspection Final report issued by the FTA on Aug. 31 is available below.

To address the FTA’s findings contained in the SMI report, the MBTA has launched the Quality, Compliance, and Oversight Office with 20-plus-year veteran of construction management and oversight and MBTA Chief of Capital Delivery since January 2020 Katie Choe at the helm. The Quality, Compliance, and Oversight Office, MBTA says, will operate outside of the agency’s current organizational structure and implement actions to address the report’s findings. The Office, MBTA added, will also report publicly every month on the agency’s progress toward implementing the FTA’s directives.

“The Quality, Compliance, and Oversight Office will help support the MBTA’s more than-6,000 employees, from track walkers to inspectors to operators and motorpersons by giving them the tools they need to succeed, including training, documentation and support systems as we continue to implement the recommended actions presented in the FTA’s report,” said Choe. “I have seen first-hand, through countless New England winters, events like championship parades and in their everyday work, the perseverance, effort, and focus of the MBTA workforce and I am confident that they will rise to the occasion again.”

MBTA General Manager Steve Poftak also detailed the agency’s progress to date on addressing the report’s findings, several of which, he says, the MBTA has already completed or is undertaking now.

“The MBTA’s number one priority remains safety for both our riders and our employees. We are grateful to the FTA for their recommendations as we build on numerous actions and initiatives already in place across the organization to strengthen our safety management,” Poftak said. “Under the leadership of Katie Choe, I am confident that through the Quality, Compliance, and Oversight Office, the MBTA will be better positioned to address the challenges it has faced and implement changes to the organization and system to provide a safer and more reliable T.”

To address the four categories (listed above) for the MBTA to improve upon, the FTA ordered the agency to carry out 53 actions. Today, the MBTA says, it has either implemented or began the process of implementing half of those actions, including:

The MBTA says it will begin working on the additional actions immediately and will continue to seek FTA approval as it progresses through the directives.

In addition, the MBTA says it has taken several other immediate steps to address these actions, including engagement with stakeholders and union groups and development of a series of Requests for Proposals (RFQs) designed to provide support for MBTA staff. The MBTA says it is targeting the end of the week to issue RFQs directly related to the scope of the Office. “With a goal of the MBTA’s workforce fully embracing a safety-first culture and adopting its practices for sustained improvement,” the agency said its unions and leadership, including the General Manager, began meeting at the end of last week in order to engage these groups on workforce safety communications and meetings on safety themes and issues.

Also, based on the FTA’s concerns regarding the MBTA’s ability to balance larger capital projects and day-to-day maintenance, Massachusetts Department of Transportation (MassDOT) will lead an engagement with a consultant to investigate the potential benefits of a multi-modal large construction unit apart from the MBTA and other agencies of MassDOT that would “develop, design, construct and deliver large capital assets to the operating agencies, relieving them from the burden of managing large capital projects while also trying to maintain day-to-day maintenance.” The MBTA says it has already employed this type of project management with the Green Line Extension and South Coast Rail projects, as they are separate projects reporting directly to the General Manager, but this new engagement will “investigate the opportunities to expand this model.”

On Aug. 31, Gov. Charlie Baker filed supplemental budget that includes $200 million for the MBTA to provide additional resources towards addressing the FTA’s safety directives and “ensuring a safe, reliable transit network for its riders.” The supplemental budget also includes $10 million for MassDOT, in collaboration with the MBTA, to develop a training academy to create a talent pipeline to address the staffing challenges at the MBTA.

Throughout the last several months, the MBTA says it has continued to make progress on the FTA’s initial safety concerns through safety plans to address track conditions and maintenance, updated safety trainings and directives, and has addressed staffing shortages. “The MBTA has met all the FTA’s deadlines and requirements to date in response to the four special directives issued,” the agency said.