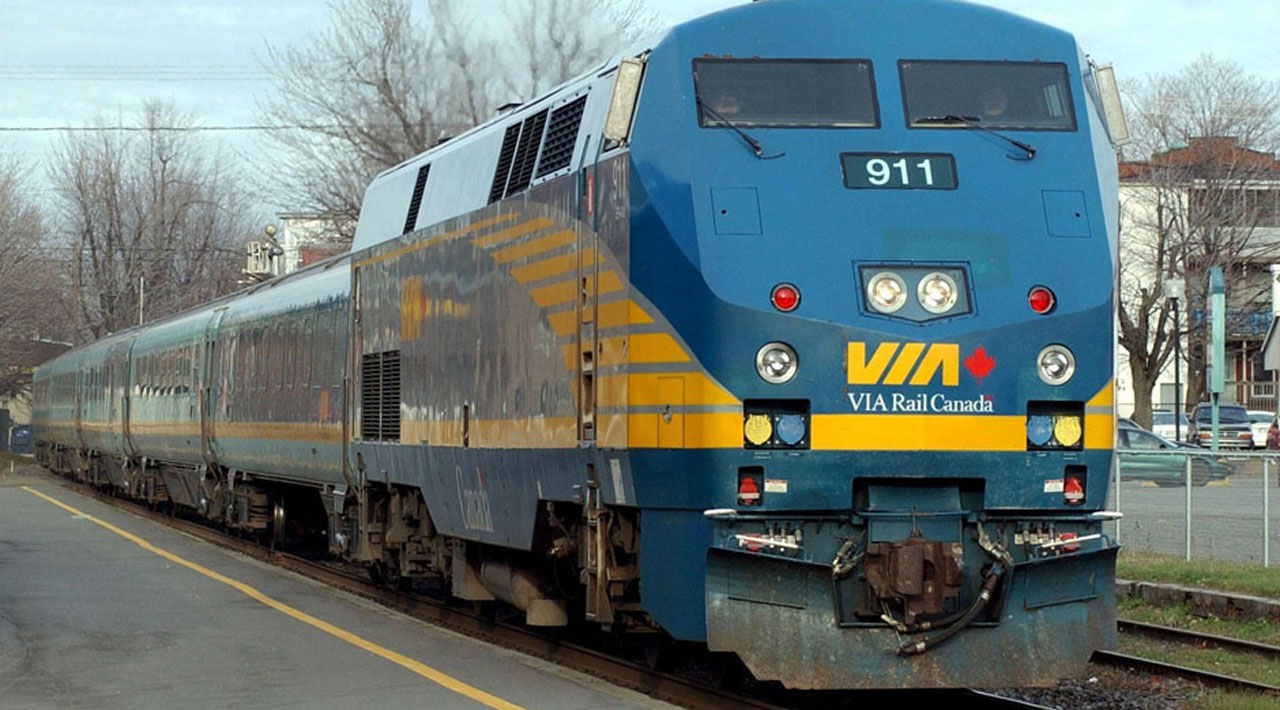 “2017 was a record-breaking year,” said VIA Rail President and CEO Yves Desjardins-Siciliano. “We expect no less of 2018 as we celebrate the 40th anniversary of the creation of VIA Rail as a Crown Corporation dedicated to passenger rail service. We are working on projects that will enable VIA Rail to make a greater contribution to Canada’s economic, social and environmental progress through efficient, accessible, affordable and even more sustainable intercity passenger transport.”

“Certain moments in 2017 epitomized the perseverance and commitment of VIA Rail employees to serving our passengers,” said Desjardins-Siciliano. “Through the Canada 150 Youth Pass, thousands of young people were able to discover the country’s infinite richness. VIA Rail prepared well for the adventure in every department while the dedicated in-station and on-train staff ensured that our travellers were well cared for. And, on Christmas day, when a train was stranded because of treacherous weather in Spy Hill, Saskatchewan, the local community and our employees joined forces to turn an unfortunate situation into an opportunity to do good and make it a Christmas to be remembered.

In 2017, Canada celebrated 150th anniversary of Canadian Confederation. “The railway helped settle and unite communities across the country both physically and figuratively, and in 2017 the train’s uniting force continued to be felt,” noted Desjardins-Siciliano. “During this milestone anniversary year, VIA Rail celebrated alongside Canadians by participating in more than 200 Canada 150 events across the country. These events were selected based on their ability to bring Canadians together, promote our culture and foster diversity.

“July 2017 was memorable for the more-than 4,000 youth who travelled the country, thanks to VIA Rail’s unlimited Canada 150 Youth Pass, commemoratively priced at $150. Pass holders enthusiastically shared stories of their journeys using VIA Rail’s hashtag #VIACanada150 on Instagram, Twitter, Facebook and other social media platforms. Their Canadian stories reached more than 500,000 people.”

In 2017, 5.3% more capacity was made available in the Québec City-Windsor Corridor compared to 2016, in order to further accommodate the growing passenger base. Several enhancements were made to the schedule, including the addition of year-round frequencies and new stops in the Québec City-Windsor corridor, as well as additional departures to the Ocean train over the holiday season.

VIA Rail has also continued to make service improvements. New menus were launched in Economy and Business class “with a continued focus on promoting Canadian products,” VIA said. “In line with a sustainable mobility strategy, electric car charging stations were installed in the parking lots of several train stations. As part of its commitment toward accessibility, VIA revised its accessibility policy, which took effect in January 2018. VIA Rail now offers space for two passengers travelling together on the same train with qualified three-wheel scooters. “

VIA’s award-winning “Why Don’t You Take the Train?” marketing campaign continued throughout the year with messages encouraging people to pause and re-evaluate their travel habits. The railroad’s blog “continued to showcase Canada’s vibrant communities and became a resource for travel inspiration for more than 111,000 visitors in 2017 alone.”

During 2017, VIA invested about C$40 million in 60 capital projects at maintenance centers and stations. In addition, a C$2.5 million renovation program upgraded the two Customer Centers located in Montréal and Moncton, as well as the Operation Control Center in Montréal to “modern, world-class facilities.”

“This year, it is with great pride that we welcome new members to the VIA Rail Board of Directors,” said VIA Rail Board Chair Françoise Bertrand. “The new Board is particularly inspired by the forward-looking strategy as outlined in our 2025 strategic plan. Over the year, we reviewed and endorsed the fleet renewal project that will serve the Québec City-Windsor corridor, for which funding was subsequently provided by the Government of Canada in its 2018-19 budget. On behalf of myself, the Board of Directors, and the entire VIA Rail community, I would like to express our sincerest gratitude to the Government of Canada for this investment in our future.”

VIA Rail’s annual report is available at: viarail.ca/en/about-via-rail/governance-and-reports/annual-report.