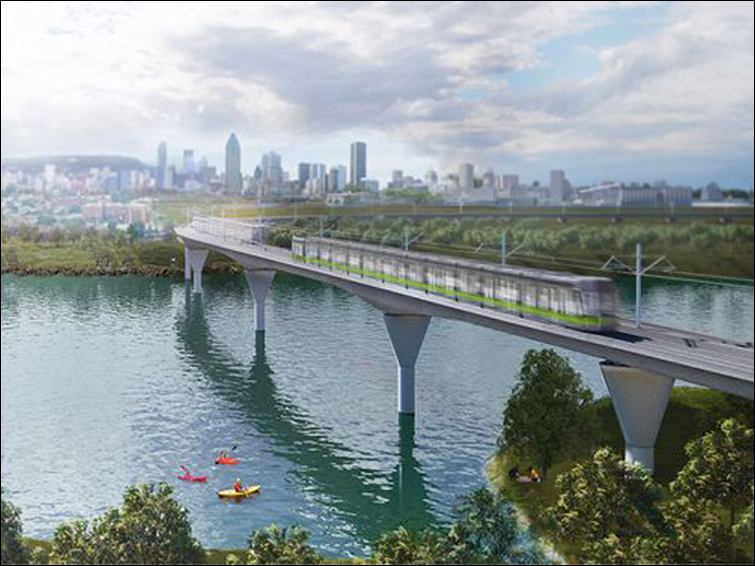 Construction of the C$6.3 billion, 67-km REM network is to commence with Montreal’s spring thaw.

In an announcement full of suprises, the Caisse rejected the bid of Montreal’s own Bombardier Transportation, of which it is the biggest shareholder, at 30%. While a possibly a blow to Bombardier’s international prestige, the selection of France’s Alstom to provide rolling stock and driverless technology substantiates the Caisse’s earlier commitment that the procurement process would be rigorous and unbiased.

Two consortia were selected, one to engineer and build the fully electrified line, and the other to provide rolling stock, automated systems and continuing maintenance.

Track, catenary and station construction work goes to Groupe NouvLR, consisting of SNC Lavalin, Dragados Canada, Groupe Aecon, Pomerleau, and EBC. Trainsets and automated operating systems will be provided by Alstom Transport Canada and SNC Lavalin. The winning consortia have two months to align their proposals in preparation for groundbreaking this April.

The complete system is to be ready for testing by the end of 2020, with revenue service starting in summer 2012.

While financed by the public pension fund and lesser investments of C$1.3 billion each by the Canadian and Quebec governments, the railway is structured as a for-profit enterprise. It will invoice a newly formed regional transportation authority a flat rate of C$0.72 per passenger-kilometer. That income is projected to cover operating, financing and construction costs. (The regional Autorité régionale de transport métropolitain was created in June 2017 to integrate but not to operate the Montreal area’s bus, subway and train services, now to include REM.)

More than 200 railcars will be built with electrical heating, air-conditioning and wi-fi connections. Loading platforms at the 25 stations will be protected by train screens (transparent barriers with doors that open automatically when trains are in position).

The Caisse also announced that it has acquired from CN both Montreal Central Station and the Mont-Royal Tunnel, which connects downtown to the north side of the city’s signature mountain park. Thus, VIA Rail becomes a tenant of the Caisse for its Montreal terminal operations and, it hopes, for the high-frequency train service it proposes to run through the Mont-Royal Tunnel. 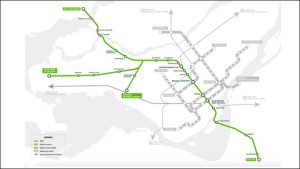 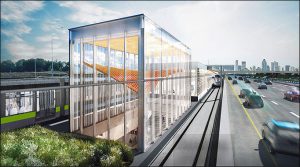 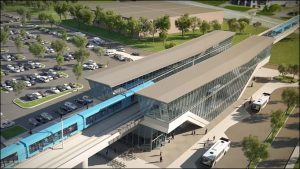