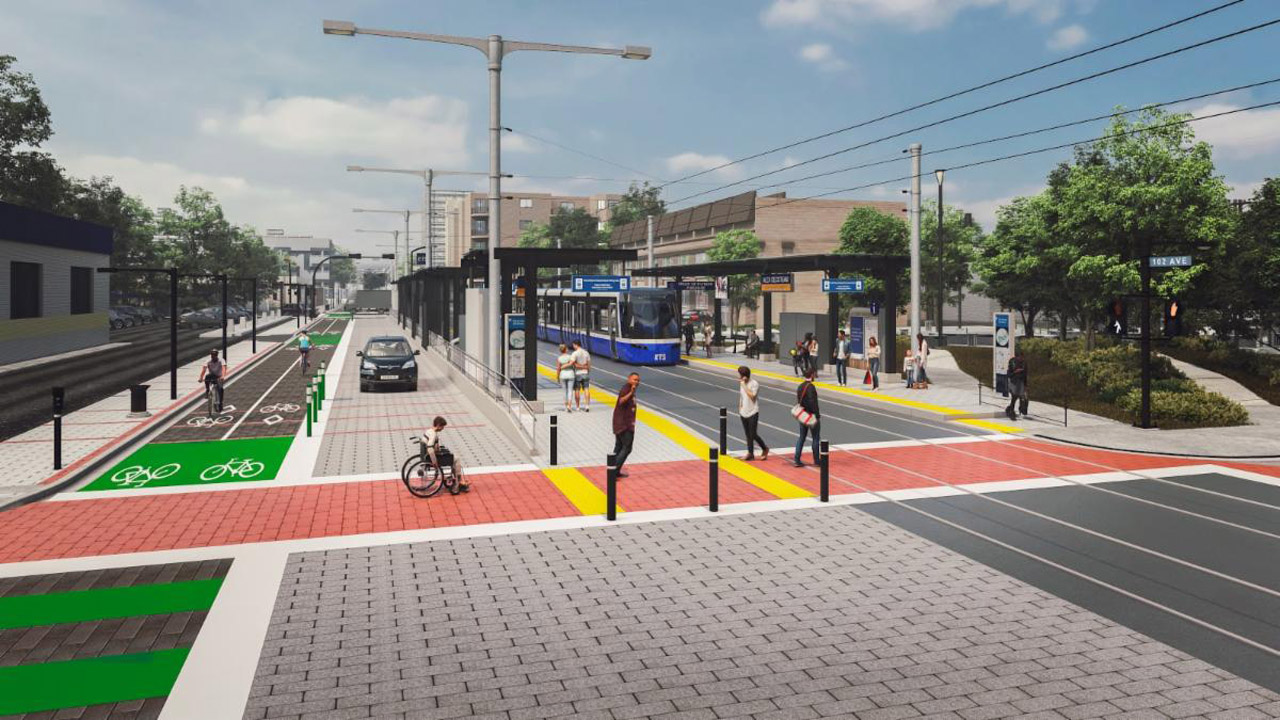 The consortium includes Colas Infrastructure Canada GP, Parsons Inc., Standard General Inc., Francl Architecture Inc., Fast + EPP, and Stantec. The contract is expected to be finalized by year-end, with construction starting in 2021 and wrapping up in 2026 or 2027.

Valley Line West will run between 102nd Street downtown and Lewis Farms in west Edmonton (see map below), and offer 14 street-level stations and two elevated stations. It has funding commitments from the city (C$444 million/US$338.28 million), Alberta (C$1.04 billion/US$792.38 million) and the government of Canada (C$948 million/US$722.28 million). It is the second phase of Edmonton’s 27-kilometer (16.8-mile) Valley Line project, which will operate between Mill Woods in the southeast and Lewis Farms when complete. The first phase, Valley Line Southeast, is under construction between Mill Woods and 102nd Street downtown.

“We’re confident our rigorous competitive process has culminated in the selection of a strong team to deliver the Valley Line West LRT at good value for Edmontonians,” Valley Line Director Brad Smid said.

“As partners of MIP, Colas—whose subsidiary Standard General has delivered projects in Edmonton since 1969, and Parsons—building on their decades-long legacy of delivering P3 projects in Alberta, are proud to help the city build Edmonton and meet its long-term strategic goals,” said Xavier Fenaux, with Colas Canada.

The project is expected to “play a key role” in contributing to the city and region’s recovery from the COVID-19 pandemic. Construction is estimated to generate $760 million in wages (8,800 jobs) in the province and another $209 million (2,700 jobs) across Canada.

Separately, Edmonton is “advancing its procurement for the purchase of light rail vehicles for the Valley Line West Light Rail.” The city announced in August that it expected a procurement tender this fall.