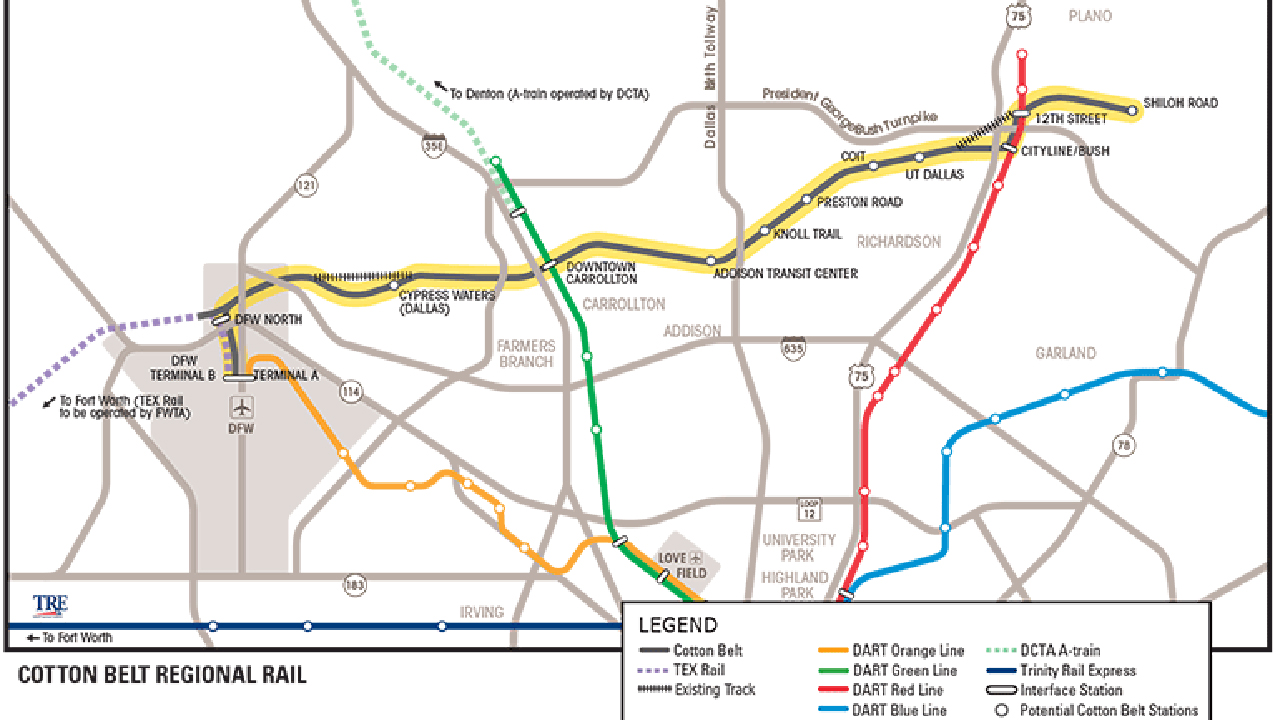 The 26-mile line from Dallas Fort Worth International Airport and Shiloh Road in Plano will connect northern areas of Tarrant, Dallas, and Collin counties along Interstate 635, one of the most congested highway corridors in Texas.

The double-track line will serve 10 stations in the cities of Grapevine, Coppell, Dallas, Carrollton, Addison, Richardson and Plano, including interchanges with the DART  light rail Orange, Green and Red lines, the TEXRail commuter line to Fort Worth, and local bus services.

Two stations—Coit and Preston Road—have been omitted from the plan approved by the board, cutting $30.3 million off the cost of the project, which is now budgeted at $1.1 billion.

Services will be operated by a fleet of at least seven DMUs, which will be maintained at a purpose-built depot.

DART plans to finance the project with the aid of a $908 million federal loan via the Railroad Rehabilitation and Improvement Financing (RRIF) program. The remaining funds would be drawn from a combination of other federal, regional and local sources.

Annual operating and maintenance costs are estimated at $17.8 million.

The Cotton Belt Corridor was identified as a priority in the Dart 2030 Transit System Plan, published in 2006. In 2016, DART’s 20-year financial plan brought forward the completion date for the project to 2022.

A 45-day public consultation on the draft environmental impact statement for the project was completed in June.