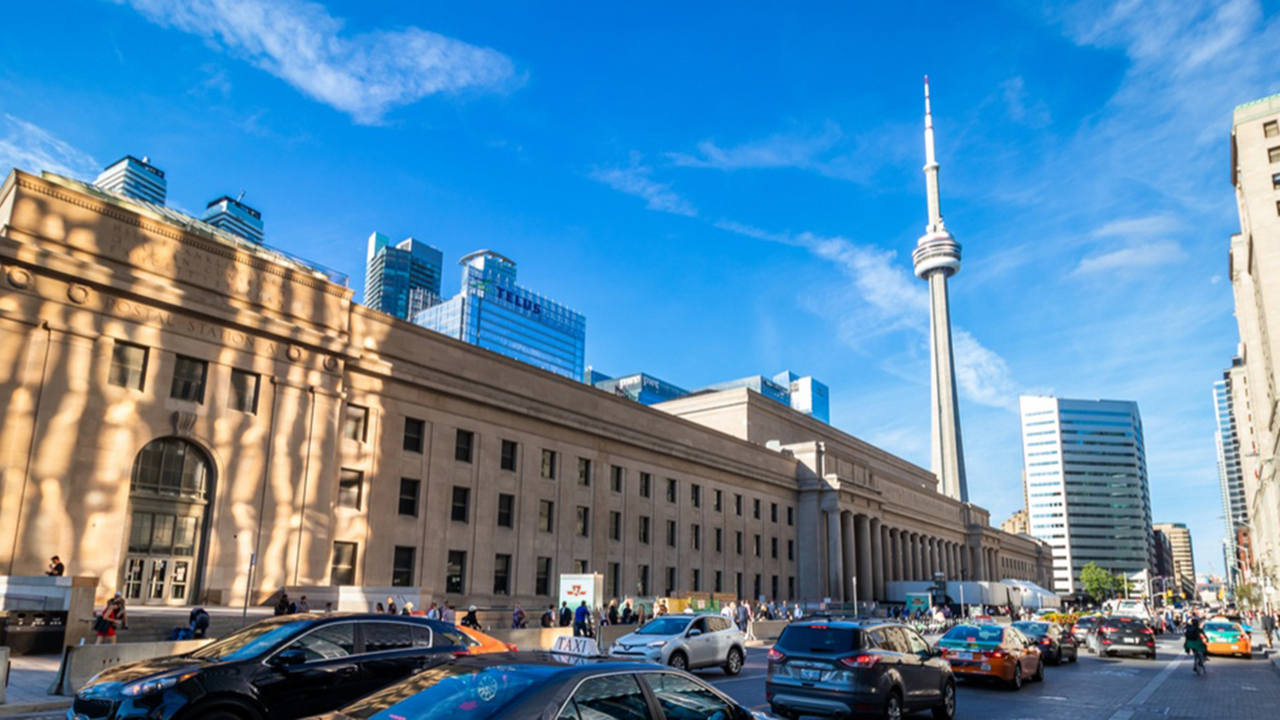 After ten years and C$824 million, Toronto’s Union Station Revitalization Project (USRP) is complete, including the historic facility’s main passenger area, Bay Concourse, which was completely remodeled and expanded. Next up: Union Station Enhancement Project (USEP), which will improve the train platform space.

At approximately 5,600 square meters (60,000 square feet), the new and transformed Bay Concourse is more than 50% larger compared to the original. In addition to providing more space, it offers services and amenities similar to the York Concourse for GO customers, including more PRESTO (smartcard) and ticket vending machines and more departure boards. Further, it provides expanded access to all GO train platforms.

The Bay Concourse connects to the Bay retail area, which offers more than 3,300 square meters (36,000 square feet) of additional retail space, and seamlessly connects to the TTC (Toronto Transit Commission) rapid transit and streetcar network, the Union Food Court and the future Fresh Market. Osmington, lead lessee at Union Station, will open the remaining retail units in the station on a rolling basis throughout 2022, including the Fresh Market and TD Bank retail branch.

Union Station, which opened to public in 1927, features Beaux-Art style architecture and is a federally designated National Historic Site protected under a Heritage Easement Agreement. The City of Toronto purchased Union Station in 2000 from the Toronto Terminals Railway Company Limited and has since performed many upgrades. The USRP is a City of Toronto initiative supported by investments from the Government of Canada, the Government of Ontario and VIA Rail.

“Union Station is now enhanced as a landmark destination of the highest design quality,” Metrolinx, which administers the GTHA (Greater Toronto Hamilton Area) transit network, said. “Not only is the station the [region’s] transit nucleus, it is also a cherished community space and a budding retail hub featuring a diverse mix of vendors. It is a place where commuters and tourists can choose to hang out, admire grand architecture, shop at best-in-class retail and dine at a wide selection of food establishments. Visitors can also enjoy unique programming throughout the year, including an annual summer market, and many art and culture installations and performances, making Union Station an experience unlike any other.”

“We know our customers have been waiting for this day, and we’re excited to announce the re-opening of Union Station’s Bay Concourse,” remarked Metrolinx CEO Phil Verster. “The revitalized Bay Concourse will provide more connections and waiting space for GO customers, enhancing the experience inside Canada’s largest transit hub while supporting the future needs of our growing region. ”

With USRP complete, Metrolinx moves on to the Union Station Enhancement Project (USEP). To be completed in stages, it includes rebuilding the GO Transit and VIA Rail Canada train platforms and associated improvements: