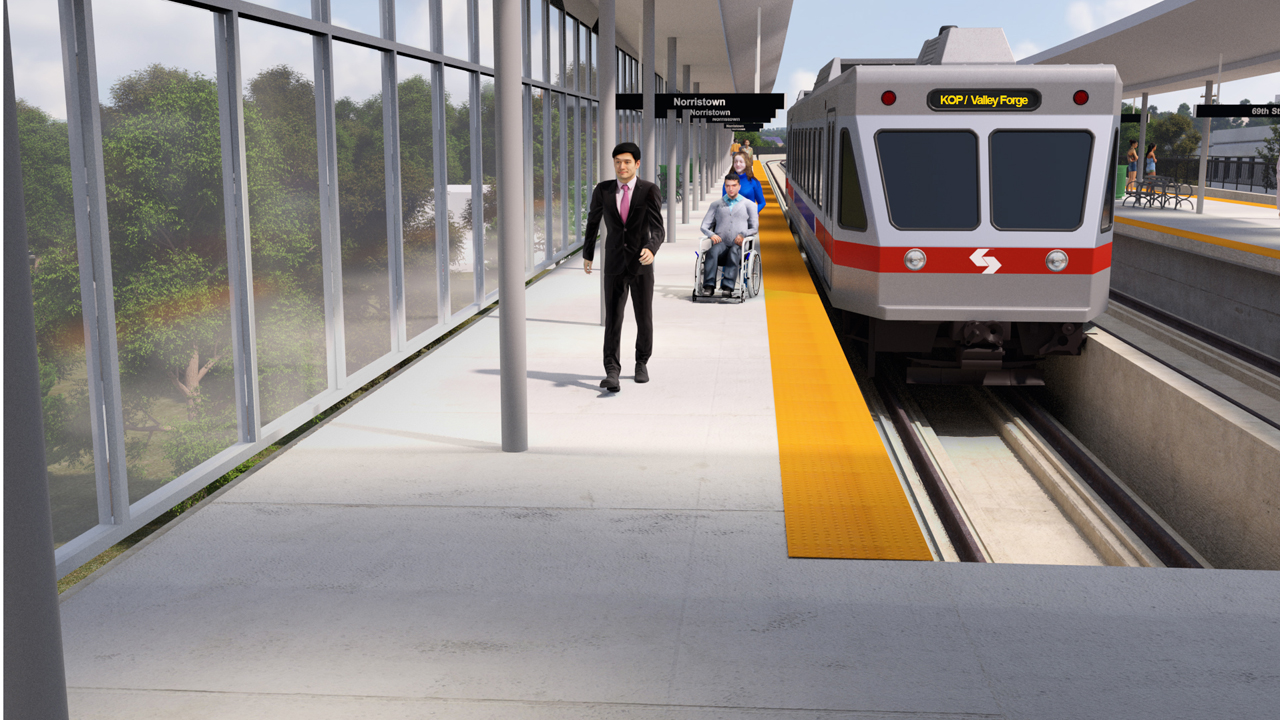 Five stations are planned for SEPTA’s 3.5-mile King of Prussia rail extension, including the First and Moore/Valley Forge Station (rendering above).

The FEIS evaluates the environmental, transportation, social and economic benefits and impacts of the project, including a Preferred Alternative and No Action Alternative. With Phase 1 of preliminary engineering now complete (15% of the design), Phase 2 work will continue to approximately 30% of the design. SEPTA will also develop a project management plan, financial plan and project delivery schedule—requirements for federal funding. SEPTA is seeking up to 50% from New Starts, FTA’s Capital Investment Grant program. The project is estimated to cost $2.08 billion in 2025 dollars (mid-point of construction); annual operations and maintenance are estimated to cost $10.87 million in 2019 dollars.

SEPTA completed a Draft Environmental Impact Statement (DEIS) in 2017, and released a Request for Proposal (RFP) to advance engineering work in 2018.

In December, the agency received a $360,000 grant through FTA’s Pilot Program for Transit-Oriented Development (TOD) Planning.