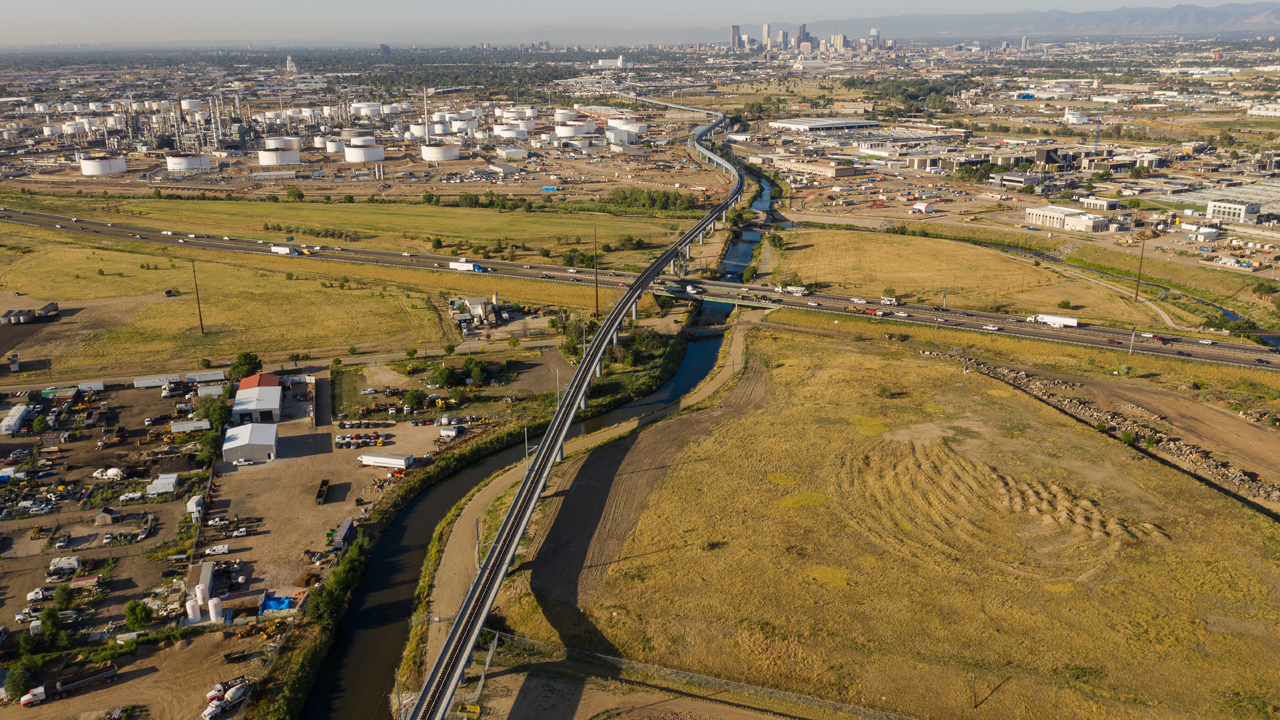 Regional Rail Partners, a consortium of Graham Contracting Ltd., Balfour Beatty US and Hamon Infrastructure, built Phase 1 under a $343 million design and construction contract awarded in November 2013. The line is operated by a fleet of 25kV 50Hz AC Hyundai Rotem two-car EMUs capable of operating at speeds of 79 mph. The trainsets are part of an order for 66 cars purchased by RTD for use on the city’s A, B, G and N commuter lines. The project also includes quiet zones, and is equipped with federally mandated Positive Train Control (PTC) technology from Wabtec.

As part of the North Metro Rail Line’s construction, RTD also built Skyway Bridge, designed by Stantec. The curvilinear Skyway Bridge is nearly two miles, making it the longest bridge in Colorado. “The innovative design, which uses direct fixation techniques, makes for a resilient structure and a smoother ride, with reduced maintenance over the long run,” Stantec noted. “The new bridge avoids at-grade crossings, which increases safety by limiting interaction with other traffic.”

“The N Line will make a significant difference in the lives of Denver residents, safely reducing travel time across the city and greatly improving mobility,” said Jim Bader, a Stantec structural engineer based in Denver. “This year has presented unprecedented challenges, and it’s exciting to reach this milestone alongside RTD and Regional Rail Partners. We are proud to play a role in delivering the first 13 miles of the N Line.”

Phase 2 will extend the N Line 5.5 miles north from Thornton to a new terminus at the interchange of State Highway 7 and 162nd Avenue in North Adams County, with two additional stations. This section of the project is currently unfunded.

Work on the N Line began in 2014, with an initial opening date planned for January 2018. The project was later delayed to the first quarter of 2020, but was again postponed due to the coronavirus pandemic. Due to COVID-19, RTD will operate services on the N Line at a reduced frequency of 30-minute intervals. The line is expected to serve a daily ridership of 8,100 passengers for the duration of the pandemic, down from pre-COVID-19 estimates of 9,500 passengers per day.

RTD is offering free travel on the line for the first week of operation, followed by a promotional $3.00 price for a one-way trip from Sept. 28 for the next six months.

The N Line is part of RTD’s voter-approved FasTracks program to expand public transport in the Denver area, through six new light rail and commuter rail lines with a combined length of 122 miles. 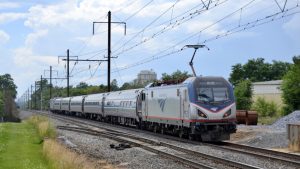 Will Ownership of Amtrak’s Keystone East Line Transfer to Pennsylvania?