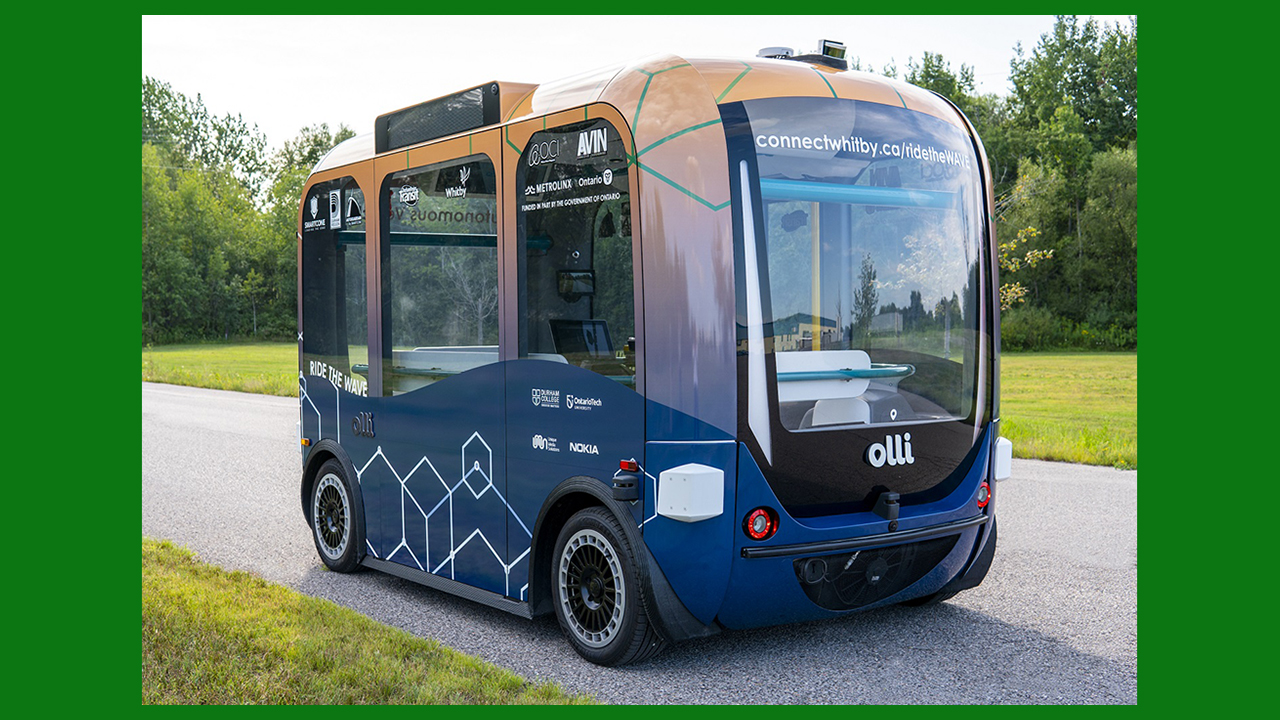 It’s electric, autonomous—and looks a lot like a kid’s toy.

The WAVE (Whitby Autonomous Vehicle Electric) shuttle is made possible by a Metrolinx partnership with several agencies to help create what’s being called “smart infrastructure,” part of a “fully integrated local transit network of the future.”

The WAVE—which looks a lot like a kid’s toy—will be tested on a 3.72-mile (6-kilometer) route that will begin and end at the Whitby GO Transit Station, the penultimate stop on the Lakeshore East line. The little vehicle will make a loop through the residential, recreational and industrial areas of the Port Whitby neighborhood in south Whitby, just east of Toronto.

“The ultimate goal is to have people use the shuttle to safely get to Whitby GO station without the hassle of finding parking,” says Metrolinx spokesperson Nitish Bissonauth.

At the outset, the WAVE shuttle will operate at a speed of no more than 12 mph (20 kph) while in autonomous mode, and will have a trained safety attendant on board who can manually take control of the vehicle at any time, if required. The service will also be aided by what Metrolinx calls “smart transportation infrastructure that will monitor traffic conditions and help to improve the safety of cyclists and pedestrians. This includes the elimination of blind spots experienced by vehicles and use of real-time audio and visual alerts to other road users about the shuttle’s operation.”

Metrolinx’s partners include SmartCone Technologies, AutoGuardian By SmartCone, the Town of Whitby, Region of Durham, Durham Region Transit (DRT). The project is supported by the Government of Ontario with funding through the Autonomous Vehicle Innovation Network (AVIN) and led by the Ontario Centre of Innovation (OCI). It “will provide an opportunity to see how this new technology can contribute to a safer, more sustainable and connected transit experience for the community” and “will also help experts better understand the infrastructure necessary to prepare other public roads in Canada for autonomous vehicles.”

“We’re excited to be a part of this pilot to integrate autonomous vehicles into our transit network, enhancing connections to GO Transit and local transit services,” says Metrolinx President and CEO Phil Verster. “We are working with our municipal partners to build on all of the work that has been done to date in finding new and innovative ways to move people throughout the region more efficiently and seamlessly.”