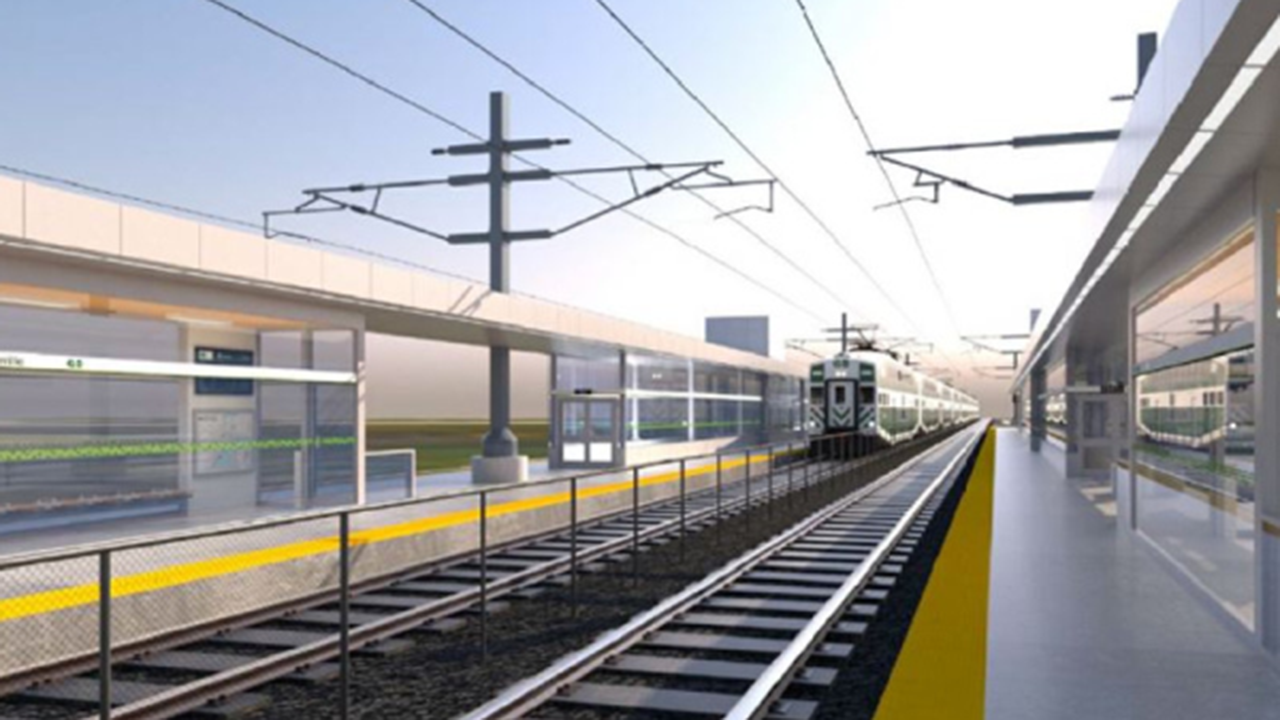 ONxpress Transportation Partners has signed the project agreement for the On-Corridor Works Project of the GO Expansion program following a procurement process led by Metrolinx and Infrastructure Ontario.

ONxpress Transportation Partners is a consortium comprising Alstom, Aecon Group Inc., Deutsche Bahn International Operations GmbH and FCC Construcción S.A. Aecon holds a 50% interest in a joint venture with FCC, which is undertaking the construction, and a 28% interest in a 25-year O&M (operations and maintenance) partnership with Deutsche Bahn International Operations. Hatch is also a consortium member.

“The multibillion-dollar On-Corridor Works Project will transform collective mobility in the Greater Toronto and Hamilton Area (GTHA), making it faster, more reliable, and more sustainable,” the consortium said. “GO Expansion will transform the GO rail network from a commuter service into an all-day rapid system, converting the network from a diesel-powered commuter railway to a primarily electric regional express system, and will include system-wide upgrades to deliver all-day service every 15 minutes on the core rail network. The On-Corridor Works Project, Ontario’s largest capital infrastructure project, is an innovative, fully integrated contract that will not only deliver fast, more frequent and improved rail services within the GTHA, but also cleaner and more environmentally friendly service.”

As one of the consortium’s lead companies, Alstom’s scope is anticipated to include supply of new electric locomotives, train control systems, a new traction power system and network electrification via a catenary system, as well as integration. Alstom will also upgrade the existing GO Transit BiLevel rolling stock, signaling and telecommunications system, and other digital equipment, and maintain the new locomotives and signaling system for a 25-year period.

“Alstom’s turnkey approach and integrated offering capitalizes on its global system knowledge and portfolio of technologies to offer state-of-the-art solutions, such as Alstom’s ERTMS (European Rail Traffic Management System) train control, which will be introduced to the North America market,” the company noted.

The multi-billion-dollar value of the On-Corridor Works Project commences with a safety signaling upgrade work package and a two-year collaborative development phase between ONxpress Transportation Partners and Metrolinx to refine the scope, progress with the design and plan the operational improvements to the system. The scope of work and corresponding contract value will be finalized between ONxpress Transportation Partners and Metrolinx upon completion of the development phase.

The project is expected to generate “significant employment opportunities in the GTHA during the design and construction phases,” Alstom said. “Certified Top Employer in Canada two years in a row, Alstom currently employs more than 4,200 across the country, including more than 2,300 in Ontario. Hundreds of employees will be recruited by Alstom in the GTHA for the On-Corridor Works Project, including more than 300 highly skilled professional and engineering positions to be filled during the first year alone.

“This agreement reinforces Alstom’s contribution as the main railway partner in the growing Greater Toronto and Hamilton Area, and we would like to thank Metrolinx and Infrastructure Ontario for their continued confidence in Alstom,” said Michael Keroullé, President of Alstom Americas. “We are extremely proud to have been a part of this pursuit with ONxpress Transportation Partners for more than four years and confirm our commitment to the people of the GTHA through a project that will not only provide faster, more frequent and all-day world-class service, but is also a major step toward zero-emission mobility in the GTHA.”

Alstom noted that (through its acquisition of Bombardier Transportation, which includes several predecessor companies) the company “has been present in Canada for 80 years and is a long-term and dedicated partner of the country’s public transit development. Alstom designs, builds, and modernizes railcars in Canada for cities including the GTHA, Montreal, Edmonton, Ottawa and Vancouver. The company also designs and delivers integrated signaling and control center solutions for Canada’s busiest rail corridors, hubs and agencies, including Toronto’s Union Station Rail Corridor, Metrolinx, the Société de transport de Montréal (STM) and the Toronto Transit Commission, operates trains and rail networks for exo in Montreal, and Union-Pearson Express and Metrolinx in Toronto, and is currently delivering a turnkey automatic and driverless light metro system for Réseau express métropolitain (REM) in Montreal.”