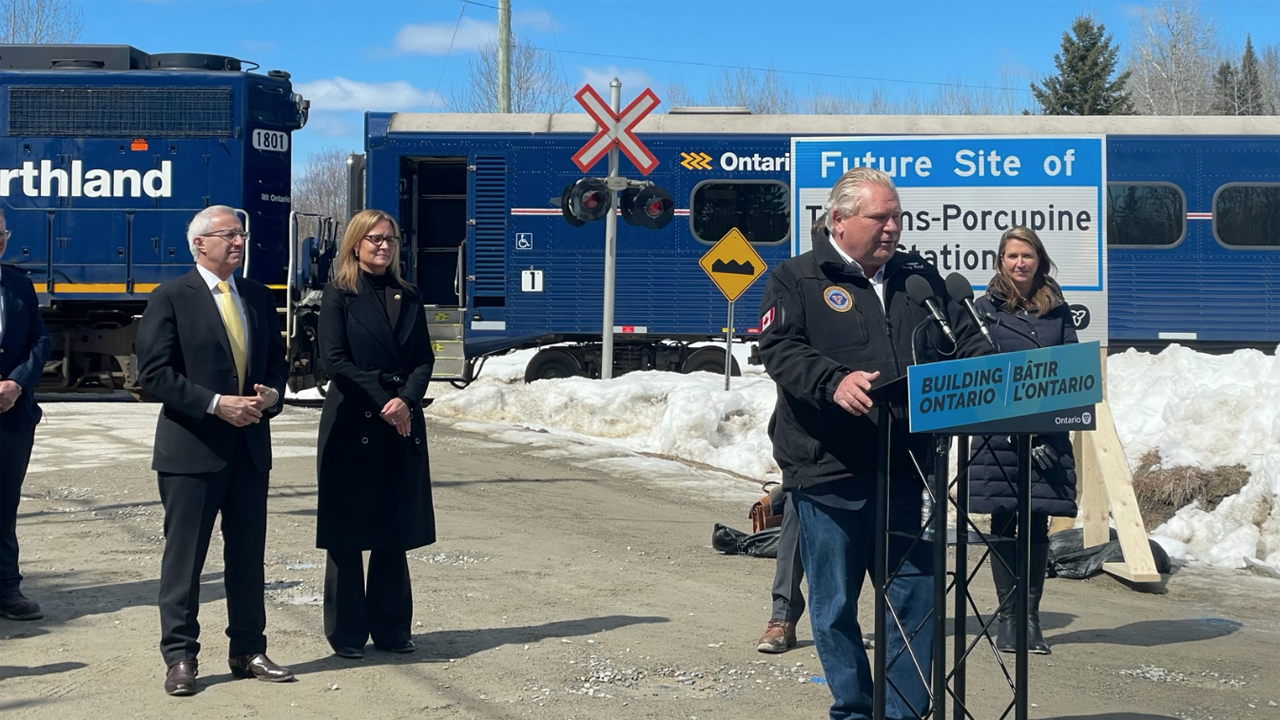 Ontario Northland tweeted on April 10: “We are so pleased to share that the province of Ontario has released of an Updated Initial Business Case for the return of passenger rail to Northeastern Ontario! @fordnation @C_Mulroney” The Northlander Passenger Train—which ran between Cochrane, North Bay and Toronto—was discontinued in 2012, and is now under study for reinstatement.

The Ontario government on April 10 reported that it would invest $59.51 million (C$75 million) to reinstate Northlander passenger rail service between Toronto and Timmins.

The move follows the province’s release of an Updated Initial Business Case (UIBC) for the service, which was put forward by Metrolinx and the Ontario Northland Transportation Commission (Ontario Northland). (Download UIBC below.)

The UIBC outlines options for rail service from Toronto to Timmins, according to the province, and “future feasibility work on a preferred route will include a new rail connection to Cochrane,” where service would link with the existing Polar Bear Express to Moosonee.  (See map below.)

With a potential in-service date in the mid-2020s, service would be based on seasonal travel demands; range from four to seven days per week; and allow riders coming from the North to travel overnight to reduce the need for overnight accommodations, if preferred, according to the Ontario Ministry of Transportation.

By 2041, annual ridership is estimated to be between approximately 40,000 and 60,000 with a Timmins terminus station and a connection to Cochrane.

The rail corridor between Toronto and Timmins or Cochrane—also known as the Northeastern Rail Corridor—is approximately 460 miles long and comprises five main railway subdivisions owned by Metrolinx, Ontario Northland and CN. It is used primarily for freight, with limited passenger rail services provided by Metrolinx’s GO Transit, which operates Richmond Hill commuter rail, and VIA Rail Canada, which operates between Toronto and Washago as part of The Canadian.

The Initial Business Case for the return of Northlander service was released last year. It found that “passenger rail service has the potential to provide a safe, reliable and convenient travel option that could improve access to healthcare, education and other important services,” according to the Ontario Ministry of Transportation. The UIBC further refined the analysis and advanced route planning. The next stage is the Preliminary Design Business Case, which “will explore more technical design and planning work of the preferred route.”

“Restoring Northeastern passenger rail service is critical to building the regional economy and making life easier for people living in the North,” said Caroline Mulroney, Minister of Transportation. “Our government is delivering for Northern Ontario through historic investments in rail service, roads, highways and bridges so that people living in these communities have a transportation network that works for them.”

“With the release of the UIBC, we have reached a very important milestone in our plan to reinstate passenger rail to Northeastern Ontario,” said Ontario Northland President and CEO Corina Moore, who was recognized by Railway Age in 2017 as an inaugural Women in Rail program honoree as well as the first woman to be on the publication’s cover since its inception in 1856. “An integrated transportation network that connects rail and bus services provides an exciting opportunity for the region to grow and improve. This service will fundamentally shift how people move between Northern Ontario and Toronto.”