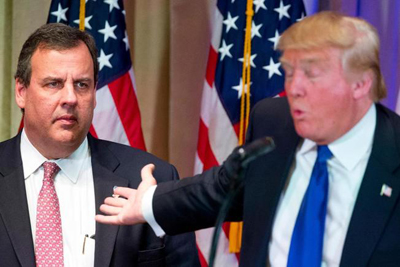 “Commuters are advised to expect unusual congestion and delays on all travel modes”: An ominous yet highly understated warning from New Jersey Transit as it braces for a complete stoppage of every commuter train on its statewide network as its rail unions prepare to strike or be locked out beginning 12:01 a.m., March 13, 2016.

There is one week left of a federally imposed cooling-off period. Representatives from NJT management and its 11 rail unions are meeting today (March 4, 2016) with the National Mediation Board in Washington D.C. for a second time in hopes of forging a new agreement. Union members have been without a contract since 2011, and the two sides have failed to reach agreement following two Presidential Emergency Boards, both of which recommended the unions’ proposal, both of which NJT rejected. NJT, according to Interim Executive Director Dennis Martin, has a new counter-offer on the table, details of which have not been disclosed.

The primary disagreement point has been health benefits. Labor is offering to pay 2.5% of straight-time salary for benefits, which they say is in line with what their peers pay at the Long Island Rail Road and Metro North. NJT wants employees to pay 10% to 20% of premiums, depending upon which plan covers them. Labor says that’s a non-starter, as it would negate any pay increase.

A systemwide shutdown of NJT Rail Operations (commuter trains only, not light rail) would affect more than 160,000 customers who use the system on a typical weekday. NJT has developed a contingency plan that would accommodate up to about 38% (about 40,000 seats) of its New York-bound customer base, replacing trains with “enhanced bus service” and cross-honoring rail tickets, including access to PATH rapid transit trains operated by the Port Authority of New York & New Jersey. “This contingency plan includes adding capacity to existing New York commuter bus routes in close proximity to rail stations, contracting with private carriers to operate bus service from key regional park-ride locations during weekday peak periods, increasing capacity on our three light rail systems, and maximizing use of the available capacity on PATH and ferry service,” said Dennis Martin.

In developing its contingency plan, NJT said it “focused available resources on the largest segment of its rail customer base—the New York-bound customer. Approximately 105,000 customers make up the total rail-based interstate market, including customers who transfer from NJT rail to PATH trains at Hoboken Terminal and Newark Penn Station. Through a combination of added capacity to existing New York bus routes, operation of a regional park/ride service, and private carriers adding capacity where possible to their own bus routes that parallel rail corridors, NJT estimates that it can carry approximately 40,000 New York customers.”

“If a rail stoppage occurs, NJT customers as well as people who normally drive to work should understand that this will not be a normal commute for anyone—particularly with the potential for more than 10,000 additional cars on the road per peak hour,” said Martin. “As part of our contingency planning, we have reached out to a broad range of employers and business organizations in New Jersey and New York to alert them to the potential stoppage, and we have strongly encouraged them to allow their employees to telecommute if possible.”

Said Christie about the potential strike: “Of course I’m concerned about it. I’m hoping that it will come to an amicable resolution, but I can’t guarantee anything right now because I don’t have a resolution at the moment.”

No, Governor, you’re not concerned about it, and no, you don’t have a resolution, because you 1) know less than zero about running a railroad, much less a state (or a country, for that matter), 2) are basically clueless as to what’s going on in your own state, and 3) have no place at the negotiating table unless you possess real listening skills (which you don’t) and are able to fathom the meaning of the word compromise (which, as a bully, you can’t, or won’t).

Christie has come under fire for several snafus—his “Bridgegate” scandal; being mostly absent from the state during his failed Presidential campaign; and endorsing Donald Trump for the Republican Party nomination (most likely with his sights set on the Vice Presidential slot or a Cabinet post, should “Tronald Dump,” as he is called by critics, wins the party’s nomination). All this is made worse by an overbearing, belligerent, arrogant attitude, which has characterized his tenure as governor.

Added The Star Ledger: “Christie’s craven endorsement of Donald Trump is only the final blow, the moment when he lost any last shred of credibility. His fulsome praise of Trump, after his stinging condemnations only a few weeks ago, is impossible to believe. Christie’s distraught expression as he stood with Trump during the press conference on Super Tuesday showed that even he can barely stomach this act of hypocrisy and opportunism. He looked like he had been taken hostage, or hit in the head.”

For the record, Railway Age (full disclosure: Editor-in-Chief William C. Vantuono has been an NJ Transit customer for 25 years), in support of NJ Transit’s beleaguered unions as well as its management, which is populated with many excellent, highly respected professionals, calls upon Gov. Christie to remove his soiled hands from the negotiations, allow labor and management to come to an agreement without his narcissistic, power-hungry influence—and leave the Statehouse in Trenton for good, post-haste. And don’t bother taking the train. Your presence is not welcome on board anything with steel wheels that runs on steel rails.

As to the contingency plan, NJT’s Dennis Martin said the agency “will operate a plan that the overall system and region can safely handle to accommodate as many customers as possible who absolutely must travel into and out of New York, bearing in mind that bus service cannot replicate the railroad.” (Emphasis mine)

Amen, brother! Good to hear that coming from someone who has spent the bulk of his career in bus operations.