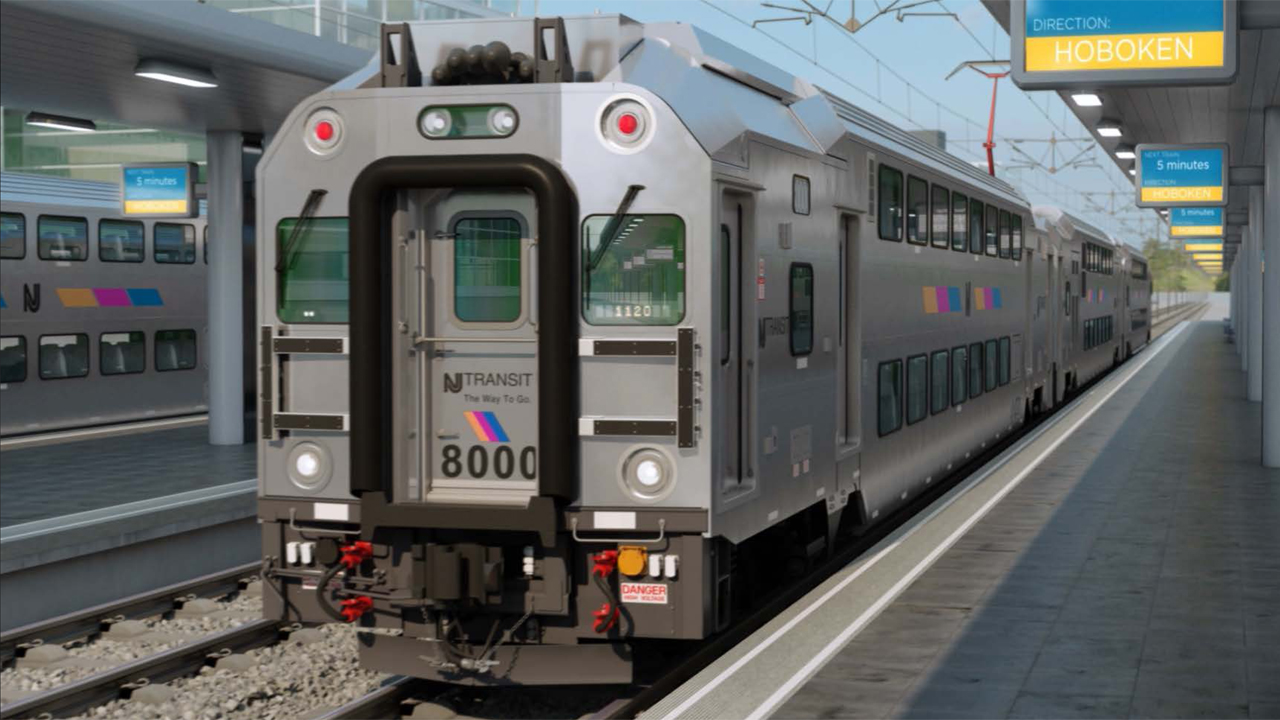 Among the NJT Board’s recent actions was the approval of an approximately $6.08 million contract with Union Paving for the first construction phase of the Delco Lead Storage and Inspection Facility project.

The New Jersey Transit (NJT) Board of Directors on April 13 moved forward to restore passenger rail service along the Lackawanna Cutoff with the approval of a rock tunnel rehabilitation contract. In addition, it signed off on a railcar storage and inspection facility construction contract and on a fare card stock contract.

The NJT Board approved an approximately $32.5 million contract with Secaucus, N.J.-based Schiavone Construction Co. LLC for the final design, construction and commissioning of the Roseville Tunnel, located near Roseville Road in Byram Township. The move will advance the commuter railroad’s Lackawanna Cutoff project, which is slated to restore service on the east end of the Lackawanna Cutoff, between Port Morris and Andover in Sussex County, by late 2026. It will include replacing about seven miles of track and building a new station in Andover.

The 28.45-mile Lackawanna Cutoff was built between 1908 and 1911 by the Delaware, Lackawanna & Western Railroad. Conrail, a subsequent owner, ended passenger rail service there in January 1979.

“It has long been the promise of NJ Transit to the people of Sussex County to restore service along the Lackawanna Cutoff,” New Jersey Department of Transportation Commissioner and NJT Board Chair Diane Gutierrez-Scaccetti said.

“As we work toward maximizing equitable access to public transportation throughout New Jersey, I’m pleased that we’re advancing this important project in the northwest portion of our state where transit options are more limited,” NJT President and CEO Kevin S. Corbett said.

Meanwhile, the NJT Board also approved an approximately $6.08 million contract with Union Paving for the first construction phase of the Delco Lead Storage and Inspection Facility project.

“In the aftermath of Superstorm Sandy [in 2012], the County Yard and associated four-mile-long Delco Lead were identified as safe-haven storage locations for railcars and locomotives as the land and yard are above the flood plain with relatively no adjacent trees,” NJT said.

The Delco Lead project, located along the Northeast Corridor, will provide storage for 444 NJT vehicles in the event the Meadows Maintenance Complex in Kearny, N.J., and Morrisville, Pa., yard are evacuated. The service and inspection facility will ensure that cars and engines can be inspected and returned to service quickly following a major weather event, the commuter railroad reported.

Union Paving’s work will include site preparation for the service yard, inspection facility, Delco Lead siding, and remaining County Yard Improvement Project elements. NJT said that this “early action phase” of the Delco Lead project is expected to wrap up in late summer 2023.

In 2019, NJT secured the final environmental permits required to begin work on the Delco Lead Storage and Inspection Facility and County Yard Improvement Project, as the Delaware and Raritan (D&R) Canal Commission granted its approval.

“As climate change has increased the frequency and intensity of weather events in our region, this project will mean better, more reliable and resilient service for our customers,” NJT’s Corbett said.

Additionally, the NJT Board approved an approximately $2.5 million contract with Giesecke+Devrient of Munich, Germany, for the purchase of MIFARE DESFire Fare Card stock, covering labor, equipment, card packaging, shipping, and the materials necessary to supply the stock. This is just one phase of the commuter railroad’s larger fare modernization program, which includes new onboard ticket validators on buses and handheld validators for train crews, as well as activating new NJT fare cards for use across all modes of transit as well as parking. Under the NJ Transit 2030 10-year strategic plan, the railroad seeks to reduce cash and paper-based ticket use.

NJT said it will also expand the sale of fare cards through a statewide retail network. Currently, it sells tickets from ticket vending machines and ticket office machines located throughout New Jersey, New York and Pennsylvania, and offers ticket sales through its mobile app.

“The NJT fare card technology advancing today [April 13] will reduce cash and paper-based tickets, provide customers with new ways to pay, and leverage a statewide retail network to expand access to transit, particularly for those without access to credit or debit cards,” NJT’s Corbett said. “It also represents just one aspect of our larger fare modernization program, which will enhance the experience for all NJT customers through faster, more convenient fare payment options.”

In November 2021, NJT completed the installation of 558 new ticket vending machines throughout the system that accept contactless payment options and mobile wallet applications.

In related news, NJT earlier this month issued a “Notice to Proceed” to Skanska/Traylor Bros PNB Joint Venture (STJV) for construction of Portal North Bridge, which is slated to take approximately five and a half years to complete.