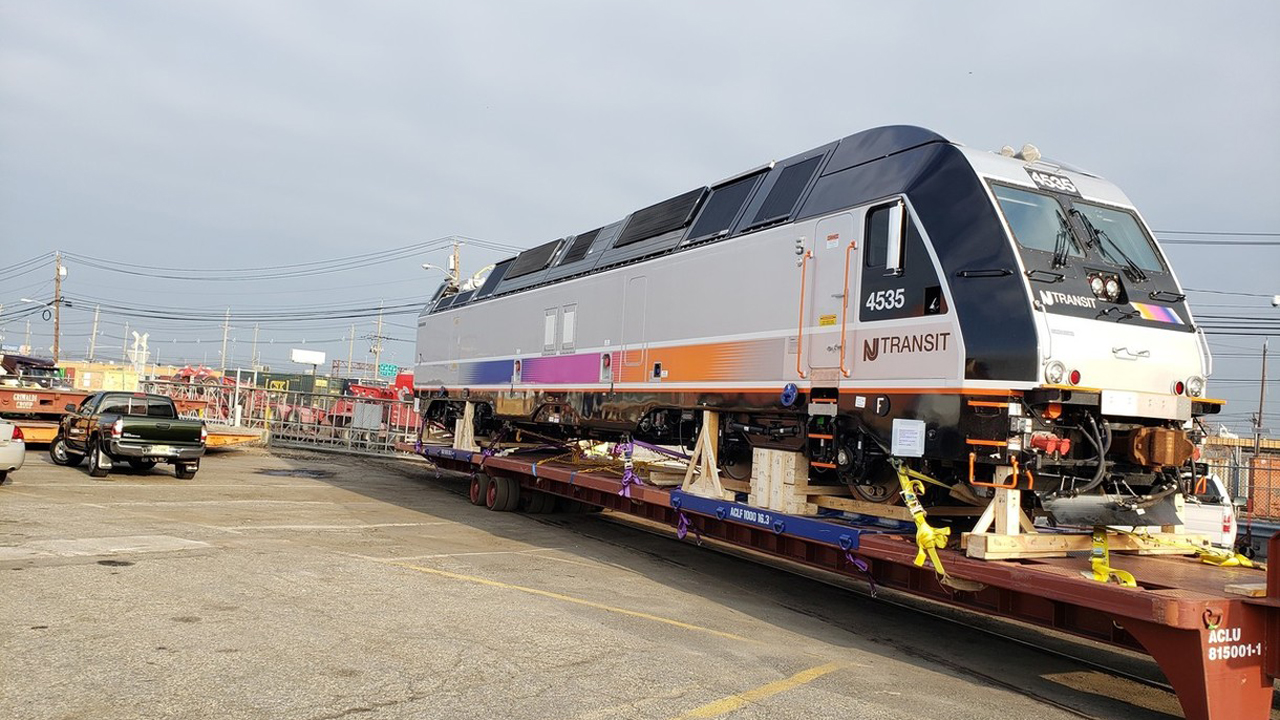 New Jersey Transit’s (NJT) initial second-generation ALP-45DPA dual-power (electric-diesel) locomotive from Alstom has arrived, and the agency is slated to take delivery of another 24 on order by early next year.

All the units will undergo dynamic qualification and acceptance testing for about six weeks, at which time they will be prepared to enter revenue service, according to NJT.

In July 2020, the agency exercised an option worth approximately $70.5 million for eight ALP45-DPA dual-powered locomotives with Bombardier, whose $6.68 billion acquisition by Alstom wrapped up in January. That order was based on a 2008 contract award for 26 initial, first-generation ALP-45DPs that included an option to purchase up to 63 additional units.

The ALP-45DPA meets current Environmental Protection Agency (EPA) Tier 4 requirements and offers a “significant increase in horsepower, acceleration and available head-end power” over first-gen units, according to NJT. They are designed to operate at speeds up to 125 mph in electric mode and up to 100 mph in diesel mode.

“This is a proud moment for NJ Transit and for New Jersey,” NJT President and CEO Kevin Corbett said. “It represents the first tangible evidence of a process we started three years ago to renew our entire rail fleet. One new dual-power locomotive is here today, but more are arriving this year through early next year, and eight more are on order. In just two years, we begin taking delivery of 113 new self-propelled multilevel railcars to replace the 40-year-old-plus Arrow III [electric multiple-unit] cars, and all of these new locomotives and railcars promise to significantly improve service and reliability for our customers.”

The order for 113 new Multilevel III commuter railcars, worth some $669 million, was placed with Bombardier in January 2019. It includes options for as many as 886 additional cars.