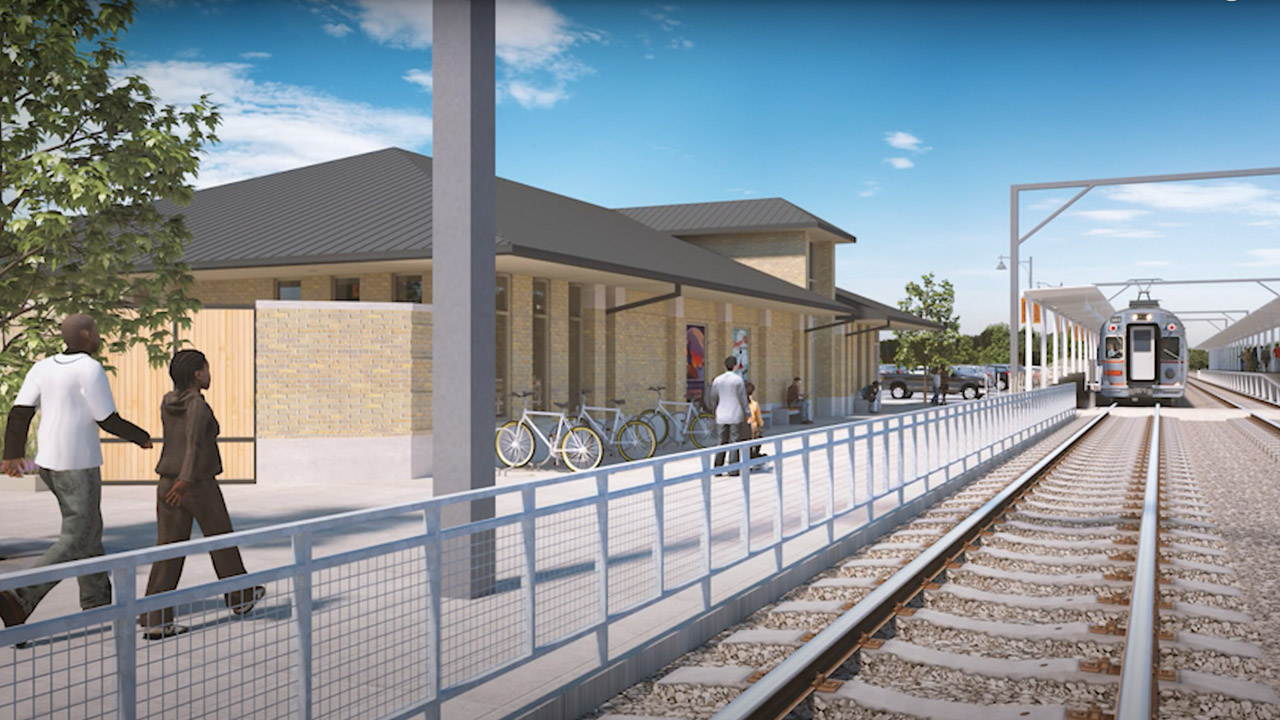 The NICTD Board approved a $17 million construction management contract to WSP USA for the 26-mile Double Track Northwest Indiana project (rendering above), plus $1 million for rail and about $200,000 for signaling electronics contracts, so once construction starts in mid-to-late summer, work can begin.

Also approved: A $17 million construction management contract to WSP USA for the 26-mile Double Track Northwest Indiana project, plus $1 million for rail and about $200,000 for signaling electronics contracts, so once construction starts in mid-to-late summer, work can begin. The West Lake Corridor project—extending commuter rail service 7.8 miles from Hammond (on the north) to Dyer (on the south)—is expected to see shovels this fall.

NICTD/South Shore Line President Mike Noland told Railway Age that the Metra cars—ordered from Nippon Shayo in 2003—could be leased for 15 years, at a cost of $3.5 million per year. The South Shore Line has 14 identical cars, he said, which were piggybacked onto the original Metra order. That’s among the reasons why the agency is interested in the lease. Metra would rehabilitate the cars prior to transferring them to NICTD, and if the Chicago commuter rail agency wanted to recall them, it would have to provide five years’ notice, said Noland, who also serves as Vice Chairman of the Commuter Rail Coalition.

NICTD is also completing a Request for Proposal process for new cars, Noland reported, which is slated to wrap up in mid-to-late February. But “our expectation is that we will enter into the lease, unless the new car proposals are such that we need to reconsider the leasing,” he said.

Noland expects contracts will be awarded for the work this spring, with construction starting in mid-to-late summer. The NICTD Board just approved the acquisition of rail, under a $1 million contract with A&K Railroad Materials, and ElectroLogIXS-based electronic equipment, under a $208,226 contract with Alstom Group.

While there was a virtual groundbreaking in October for the $944.9 million West Lake Corridor project, Noland anticipates a construction start-date for early this fall.