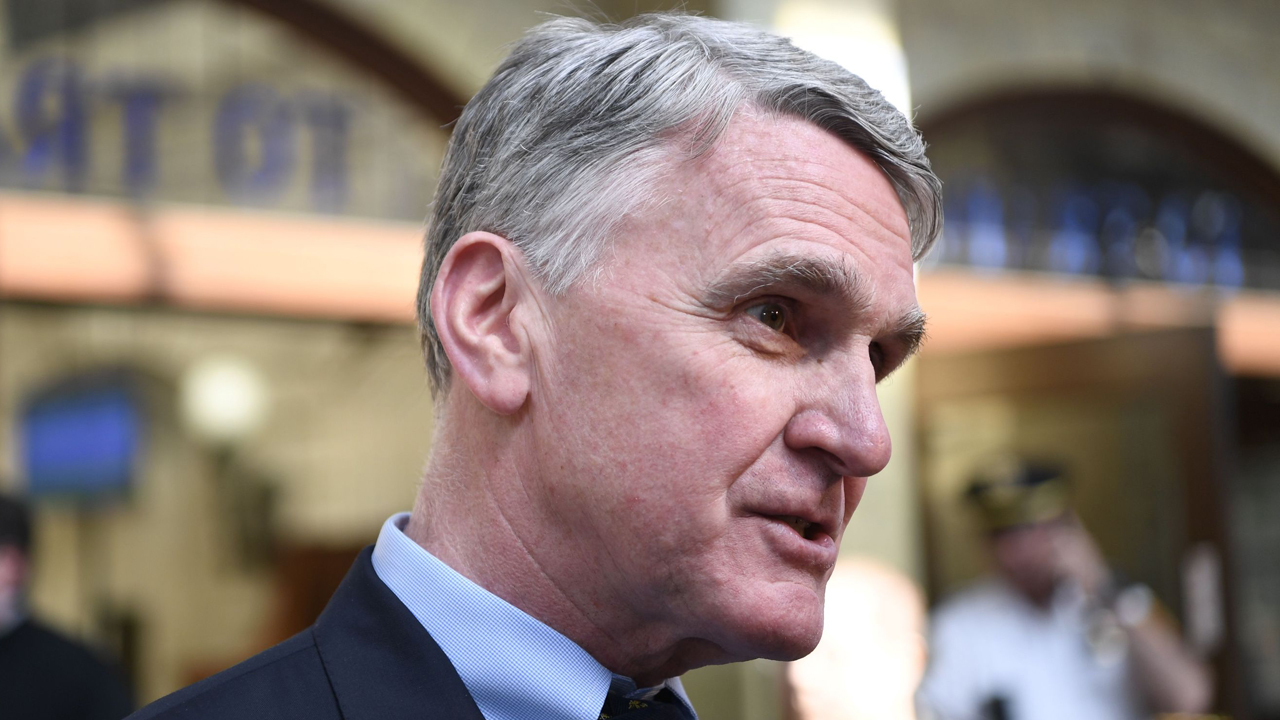 “Specifically, many of the proposed activities present very significant engineering and operational challenges that have not yet been validated,” the group said in a news release. “They must be carefully considered and evaluated to ensure existing service is not compromised in any way. NJT and Amtrak have noted these concerns to LBA and the other Hudson Tunnel Project stakeholders during the time this report was being prepared. While all the project stakeholders are interested in exploring solutions that could expedite the rehabilitation and improve the customer experience as soon as possible, these recommendations require significant further study before they can be characterized as feasible.

“A primary concern of the report’s recommendations is the impact to service and how this approach will significantly disrupt the NJT and Amtrak customer experience. Single-track operations and daily startup/shutdown of construction activities have the potential to significantly impact rail operations and, consequently, customers who depend on the rail service. Additional proposed modifications to weeknight train service will also impact customers by creating gaps in service frequency—meaning longer wait times between scheduled trains. This recommendation in the LBA report is purely conceptual at this time. Any degradation in service delivery would be unacceptable to NJT and Amtrak.”

NJT and Amtrak said they “agree that it’s essential to maintain reliable service in the existing tunnels. Closure of just one of the two tubes would result in as much as a 75% reduction in weekday train service and have catastrophic impacts on the region’s economy. Because of delays to the Hudson Tunnel Project, Amtrak has launched a program to identify and prioritize work that can be done on limited night and weekend outages now, to improve reliability of the century-old tunnel for passengers today while we continue to work toward construction of a new trans-Hudson tunnel. Once the new tunnel is in place, [one of the two existing tunnels] can be closed for full rehabilitation. NJT and Amtrak cannot support the LBA report’s proposals in their current format but will continue to examine any solution that can achieve our goal of expediting rehabilitation work, while maintaining uninterrupted train service for our customers.”

“While LBA’s analysis confirms all elements of the rehabilitation scope included in the Hudson Tunnel Project are required, it makes extraordinary assumptions about the feasibility, costs and inherent risks of performing the rehab work entirely on night and weekend outages,” said Amtrak Chairman and Gateway Program Development Corporation Vice Chair Tony Coscia. “The long list of repairs and improvements needed in our century-old tunnel includes certain tasks that will require a full closure of the tubes for some period of time. The sooner we build a new tunnel and can move rail traffic out of the 110-year-old tubes, the sooner we can comprehensively rebuild them and deliver the modern, reliable, four-track system the region and the nation need to remain competitive in the 21st century.”

“I have been opposed to the release of the LBA report all along because I don’t find elements of it to be credible. It proposes very simple, unproven solutions to very complex problems which have been 110 years in the making,” said Gateway Program Development Corporation Trustee (New Jersey) Jerry Zaro. “I find it utterly fantastical* that the report suggests we can tear up old track in the middle of the night, change the grade of the track bed, lay new track, connect that back into the old track, clean up the mess and be ready for 200,000 rush hour commuters the next morning. Based on the opposition to this program by the experts at NJT and Amtrak, I’m not prepared to play ‘Transit Roulette’ with the commute times of New Jersey commuters on the risky proposition suggested in the LBA report.”

“The Hudson Tunnel Project is the single most important infrastructure project in the nation,” said Gov. Murphy, a Democrat. “The plan for this resilience project has always been to build a new tunnel, and once a new tunnel is complete to shut down the 110-year-old North River Tunnel for a comprehensive rehab. While all project partners agree that certain rehab work can be completed on the North River Tunnel in the meantime, I am greatly concerned by proposals in this report that suggest more extensive rehab measures that could potentially interrupt the daily operations of NJT and Amtrak. Make no mistake: I am opposed to any rehab proposals that could negatively impact the reliability of service for thousands of New Jersey commuters who cross the Hudson each day.”

“I have been clear from the beginning that we need to build a new rail tunnel under the Hudson River, in addition to rehabilitating the existing tunnel,” said Menendez, Ranking Member of the Senate Commerce, Science & Transportation Committee, Transit Subcommittee. “While we all recognize that ongoing maintenance is necessary to ensure the safety and reliability of the existing tunnel, this work must be done so that it does not result in major, unavoidable service disruptions for NJT and Amtrak customers that use the tunnel every day. This could leave thousands of New Jerseyans stranded and cause significant economic harm to our region. We are so close to having a President in the White House (President-Elect Joe Biden) who understands the importance of Gateway, and we must stay fully committed and focused on completing the nation’s most important infrastructure project.”

“We know that the best path to providing relief for New Jersey commuters is to build a new rail tunnel under the Hudson River and then rehabilitate the existing tunnels,” said Booker. “Since the early meetings of the stakeholders for this project, we affirmed long-term commitments to updating this outdated infrastructure and putting the Gateway Program back on track. We must remain committed to ensuring that this work be completed with minimal impact to New Jersey commuters, who for years have experienced far too many service disruptions as a result of aging transit networks and failed public policy decisions. Gateway is the most viable solution to addressing our region’s infrastructure needs, and I am confident that vital projects like this will be prioritized in the Biden Administration.”

“The recommendations in this report are highly speculative and require a much more detailed evaluation before declaring them practicable,” said NJT President and CEO Kevin Corbett. “NJT will not consider any solution that adversely impacts service reliability or our ability to maintain current rail service levels to and from Penn Station New York. The one thing we are unwilling to compromise on is our customers’ experience.”

“My  reading of the report is that London Bridge Associates has technically concluded that repairs should be started and made first to the existing twin Hudson River tunnels instead of first completing a brand new tunnel. Apparently that was not the heretofore agreed-upon construction plan.

“Instead, the state and the feds and other parties like Amtrak favored a plan to first build one new tunnel. Then, after the new tunnel is placed into service, the rehabilitation of the old tunnels could begin in earnest.

“Why this sudden change? It would seem that London Bridge Associates has a deep concern about the existing tunnel safety and utility. If that is true, the argument requires a clear and open hearing. This can ot now be simply put back into the old game plan.

“For too long, the parties as organizations—not necessarily people, or the existing people in charge today—have seen the existing-tunnel decay problem coming. Now their onsite engineering company recommends a fix that doesn’t seem correct for the geopolitical leadership of the State and of Amtrak. ‘Too much risk to existing customer service,’ cry some.

“But maybe a strong repair program acceleration is actually the higher safety action item. Why else would an engineering company make such a recommendation that flies against its client’s preferred approach? Now out in the open, public policy suggests an open discussion.

“The initial reaction against the London Bridge recommendations by federal, state and Amtrak sources are coming from non-engineers. Heck, they aren’t even economists.

“So let’s ask ourselves, as a basis of comparison. Before the D-Day invasion of Normandy in 1944, who would Supreme Allied Commander Gen. Dwight Eisenhower have turned to for counsel on an engineering barrier challenge? Likely the Army engineering corps.

“The Hudson River train tunnel dilemma and the choice of first options are—like the genie in the bottle—now in the open. The best approach might be to convene a war-like counsel, chaired by a non-political neutral party, with experts to weigh the risks of the two options.

“Among those to be consulted could be experienced railroaders and long-time operating people like Ron Batory, who will soon conclude his term as FRA Administrator. Ron has more experience at dealing with risk and option issues like these than all of the political leaders, as a railroad-specific problems.

“Fundamentally, the problem is now a crisis because all of the objecting parties as institutions accepted, for way too long, deferred rather than steady-state tunnel maintenance. Therefore, as institutions, they each have lost some credibility as to which option to choose. There is a lack of respect and trust in those institutions.

“Realistically, its is now time to carefully consider both solutions, and very quickly—like within 90 days. In fact, why not have the engineers immediately hire an actuary who can independently rate the failure and delay risks as if buying insurance against whichever approach is taken?

“Previous planning hasn’t been strategic or timely. It’s time to up the pace. One sure thing: The clock is ticking. Don’t take too much longer.”

Editor’s Comment: Stop the politics. Stop the bickering. Stop the posturing. Stop the power plays. What has to happen before anything gets decided, funded and under way? A tunnel breach that no one expected? Thousands of lives on Amtrak or NJ Transit trains who perish in a catastrophic flood? The chances of that happening may be remote, but aren’t impossible. Shore up the existing tunnels first, one at a time, in conjunction with a temporary joint operating plan involving NJ Transit, Amtrak, the New York MTA, FRA, NJDOT and NYSDOT, crafted by serious railroaders (operating, civil engineering, signaling and train control, etc.) and incorporating alternative transport modes. Then build new tunnels. Passengers temporarily inconvenienced? If that is the price to pay for a rail system of improved safety and capacity that will serve for another 100 years, so be it. — William C. Vantuono

*Based on or existing only in fantasy, unreal. 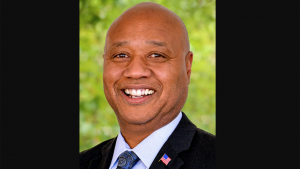