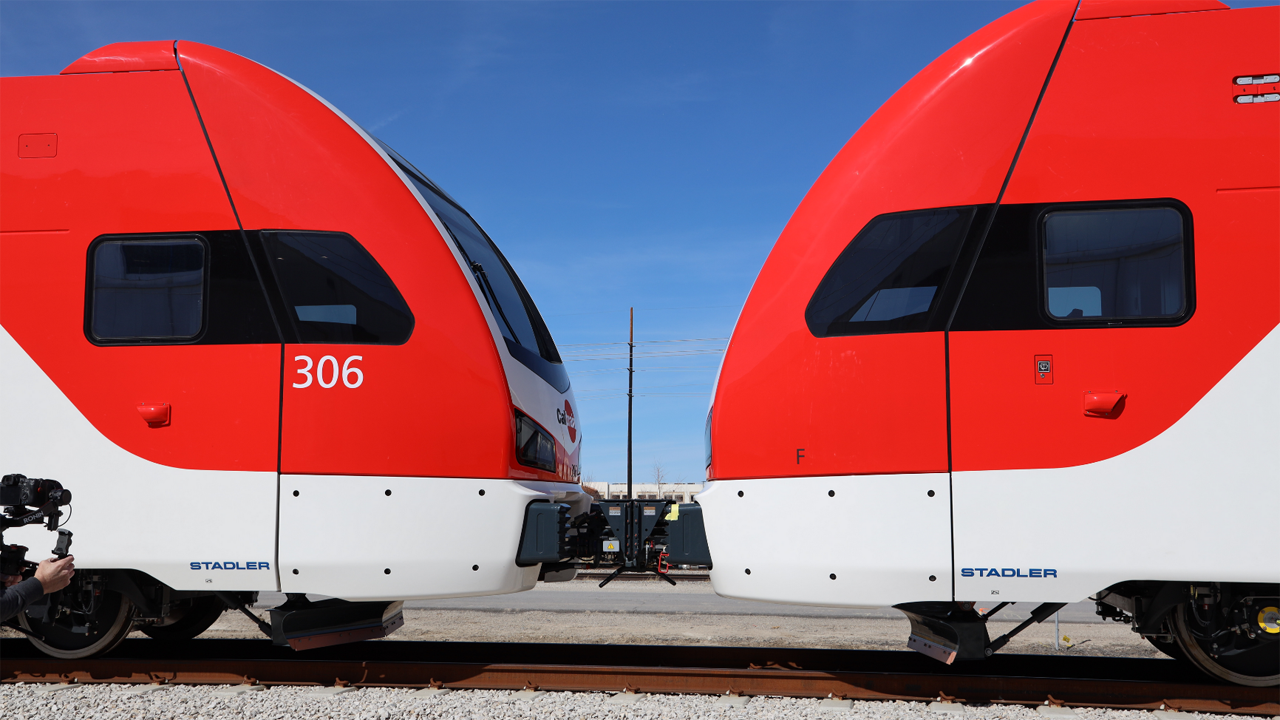 The first two of Caltrain’s Stadler-built KISS EMUs (electric multiple unit) are on their way to California.

The first new Stadler trains for Caltrain have departed from Salt Lake City.

The EMUs will replace Caltrain’s existing diesel fleet. Caltrain awarded Stadler a $551 million contract in August 2016 for 16 six-car KISS bilevel EMUs, with an option for a further 96 cars worth an additional $385 million.

The trains have spent the past year testing at speeds of up to 115 miles per hour (185 kilometers per hour) at the Transportation Technology Center test track in Pueblo, Colo.

The trains have a maximum speed of 110 miles per hour (177 kilometers per hour) and feature trucks with built-in air-suspension to reduce vibrations and noise emissions.

In December 2018, Caltrain exercised an option to extend the trains from six to seven cars, and ordered another three seven-car trains, as part of the San Francisco-San Jose electrification project.

Testing on part of the 51 mile (82 kilometer) line is expected to start soon. Initial tests will use an AEM7 electric locomotive on the southern section once it is energized. The entire line will be energized in the summer.

Electric services are expected to commence in 2024, two years later than planned. This is due to complications in the installation of signaling system, unforeseen conditions under the tracks and the COVID-19 pandemic. The cost has also risen to $2.44 billion, making it $462 million over the initial project estimate.