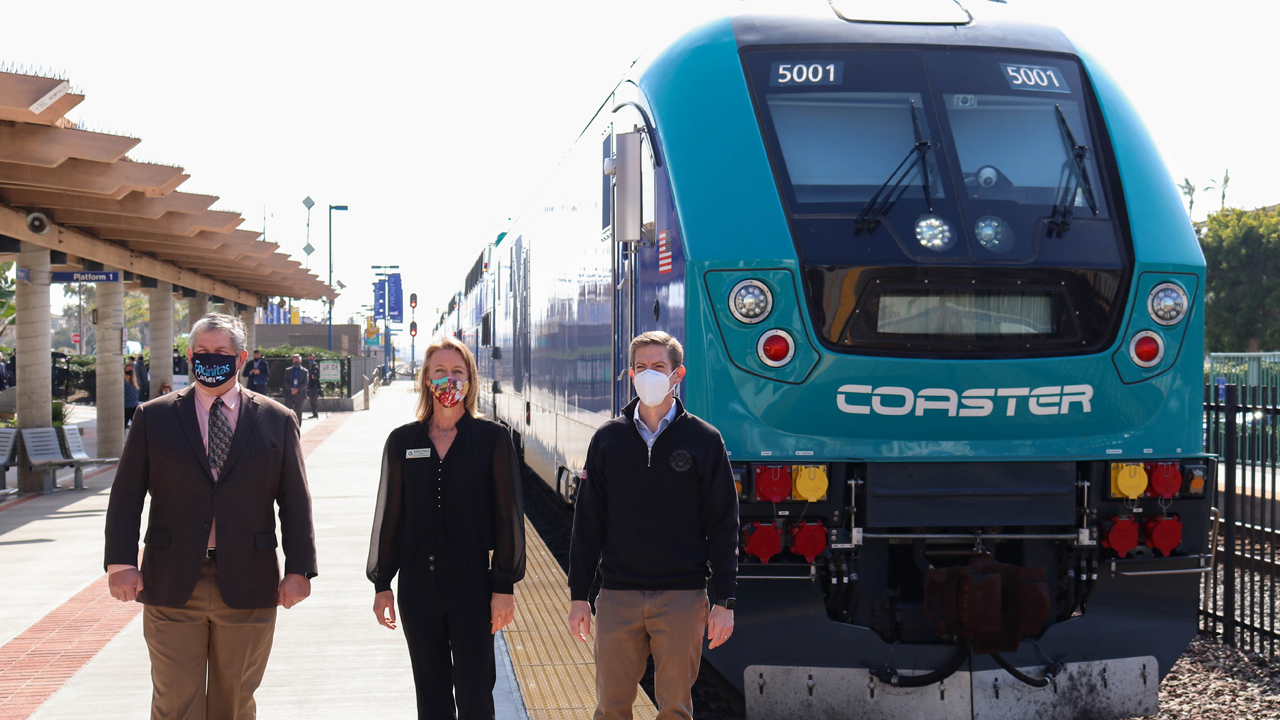 The equipment was rolled out Feb. 8. On hand were Tony Kranz, NCTD Board Chair and city of Encinitas Deputy Mayor; Rep. Mike Levin (D-Calif.); Catherine Blakespear, San Diego Association of Governments (SANDAG) Board Chair and city of Encinitas Mayor; Nathan Fletcher, Chair of the County of San Diego Board of Supervisors, on behalf of the San Diego County Air Pollution Control District (APCD) Board; and a virtual audience of local stakeholders.

The five replacement locomotives were financed through a $10 million grant from the San Diego County APCD Carl Moyer Program and approximately $46.6 million from the state of California Senate Bill 1 (SB1). Funding to overhaul the commuter cars comes from federal, state and local sources.

The overhauled COASTER coach and cab cars feature a new color scheme, as well as new seating upholstery, carpet and LED lighting, and some seats include charging stations. (NCTD has videos of the overhaul process.)

NCTD reported that it will also be receiving two additional replacement locomotives, two expansion locomotives (ordered from Siemens in October 2020), as well as 10 expansion bi-level passenger cars and one replacement rail cab (ordered from Bombardier in July 2020) to support state of good repair needs and service expansion plans, which will increase train frequencies from 22 to 42 trains per average weekday over the next three to five years. SANDAG will provide funding for the expansion equipment.