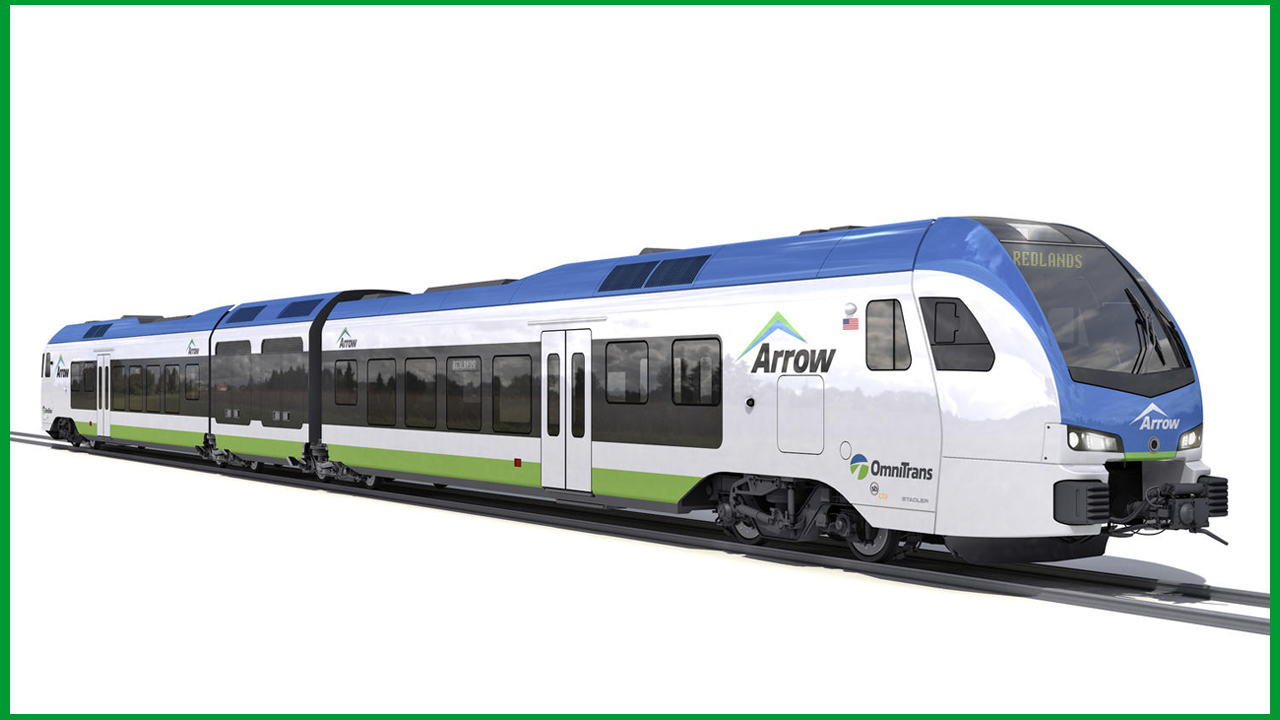 SBCTA was seeking low- or zero-emission options for its new Arrow railway service, and the research was conducted in partnership with the Birmingham CRRE and Mott MacDonald. The effort was made possible through a full funding grant from the California State Transportation Agency (CalSTA).

As a result, the SBCTA signed a contract on Nov. 14 with Stadler U.S., Inc., to commission the first hydrogen-powered, zero-emission passenger train to the U.S.

The SBCTA’s Arrow service will operate over a nine-mile corridor in San Bernardino County, Calif., initially with diesel multiple unit (DMU) trains and with planned introduction of the zero-emission, hydrogen-powered train in 2024.

CRRE worked on the project over the past year, evaluating the suitability of various technologies, estimating emission levels and conducting a high-level cost analysis for the Arrow service. The research also considered expansion of the service by approximately 60 miles—connecting San Bernardino to Los Angeles Union Station—and made recommendations based on which low- or zero-emission technology could best cover that route.

“Investigating alternative fuels and powertrains for railway vehicles is one of our areas of expertise,” said Andreas Hoffrichter, Burkhardt Professor in Railway Management and Executive Director of the CRRE. “We are globally leading in this field with particular expertise in hydrogen fuel cell railway vehicles, so this project was a natural fit.”

“MSU research and technical input was paramount in advancing the SBCTA Board of Directors decision to move forward with hydrogen-powered technology,” said Carrie Schindler, director of Transit & Rail Programs for SBCTA. “Being in one of the worst air quality areas in the nation, projects like this are critical to SBCTA’s mission to improve the quality of life for San Bernardino County residents.”

For detailed information on fleet orders from around the world, subscribe to IRJ Pro.