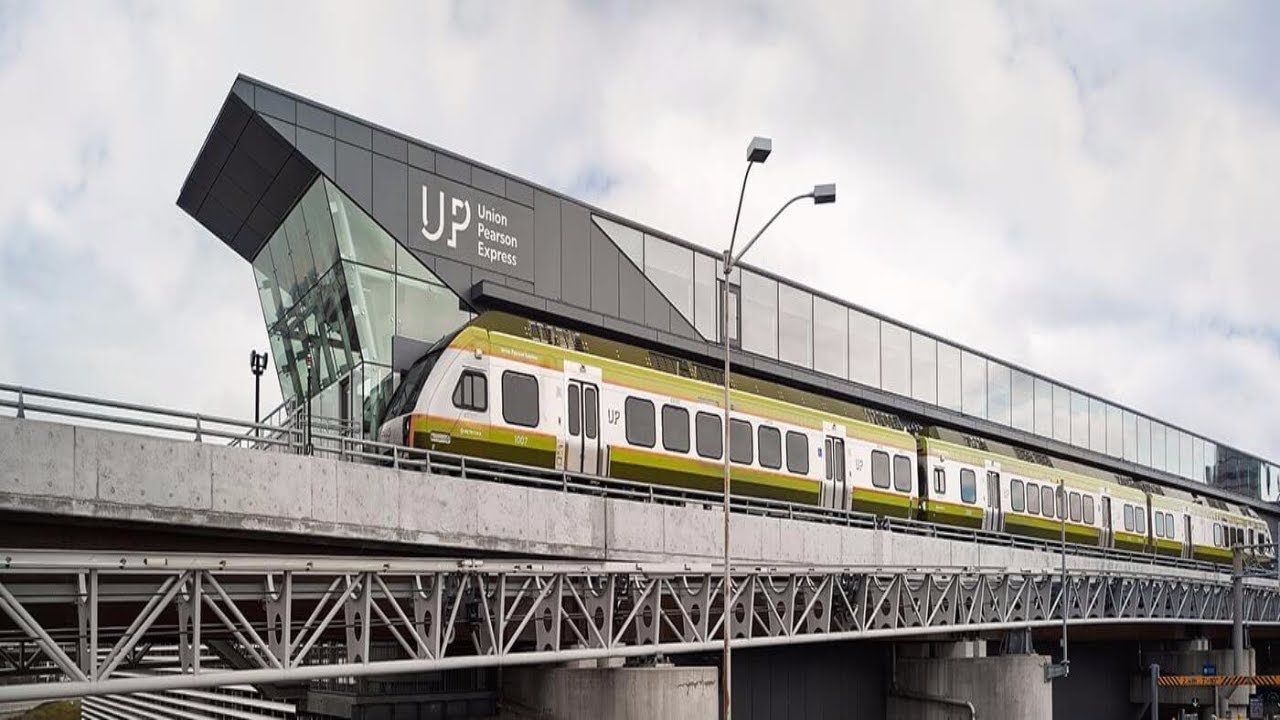 Metrolinx, the Toronto-area regional transit agency, is considering major changes to Union Pearson Express, the GO Transit rail service between Pearson Airport and Toronto Union Station. These involve possibly relocating the existing terminal at Union Station, and replacing the present 18 DMU cars that operate in two and three car trains, according to an agency planning document.

The C$456 million UP Express began service in June 2015. The project involved construction of four station; upgrading the former CN Weston Subdivision; and construction of approximately one mile of elevated track to reach Terminal Three at the airport.

UP Express was conceived as a separate, premium service for business travelers, with average fares of approximately $25. However, when initial passenger counts proved disappointing, fares were slashed, and GO Transit assumed operation. Ridership increased dramatically, to about 4.5 million annually, although with a significant operating subsidy.

The impetus to relocate the existing high-level-boarding Union Station facility stems from its single platform, which slows loading and unloading when ridership is heavy. In addition, the terminal is remote from the main GO Transit concourse and the TTC subway station; it can be difficult to find both. The Metrolinx proposal calls for moving the platform to the main area of Union Station. It would still be a high-level operation; all other GO Transit platforms are low-level.

Replacing the Nippon Sharyo DMU rolling stock with locomotive-hauled standard bilevel coaches is also on the table. This would allow service to the airport from other points on GO Transit system. In the future, these might be electric locomotives. GO Transit has been considering electrification for years, but funding has never been available.

However, it is questionable whether the elevated structure on the airport property could accommodate conventional trains, due to weight and curvature limits. Metrolinx is investigating the feasibility of doing so. In any event, the DMU cars could be converted to electric operation, and the elevated structure has bases for catenary poles between the double tracks.

One reason for the proposed modifications is that the present operation is predicted to reach capacity levels by 2028. However, if the elevated link poses a problem, additional DMUs could presumably be purchased.