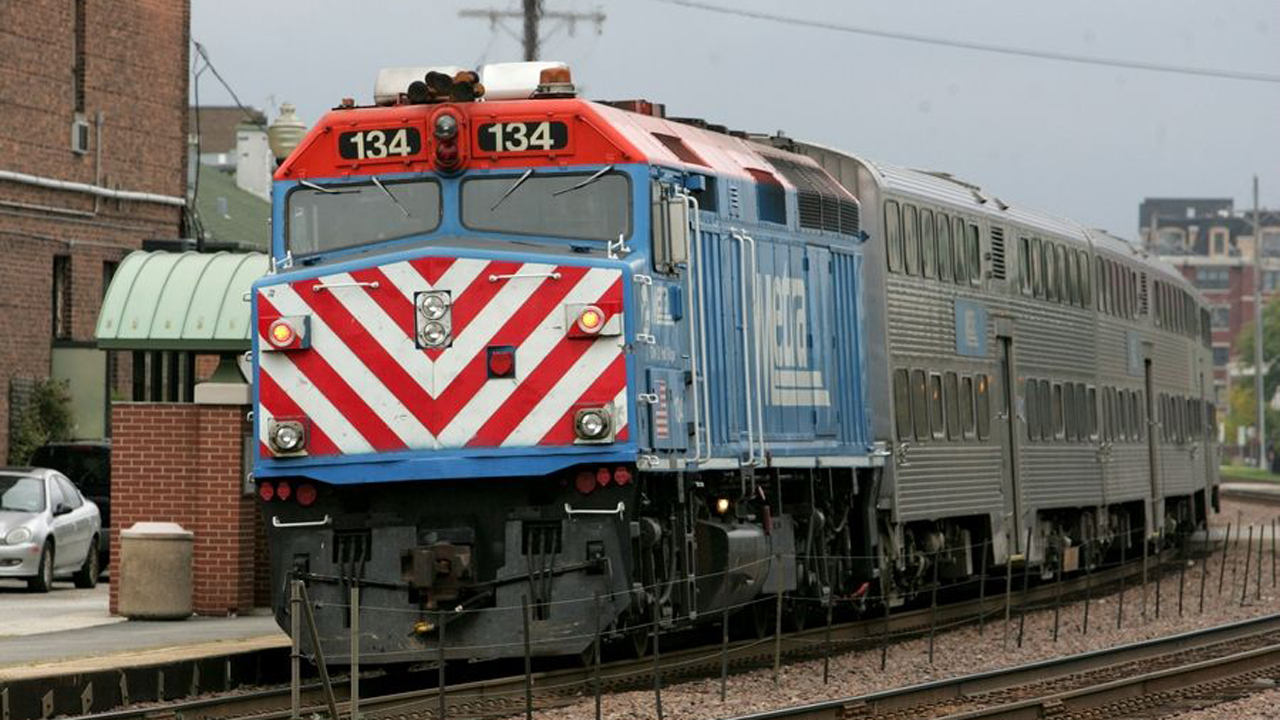 Union Pacific owns the three UP lines in the Metra system, including the rights-of-way, tracks, yards and most stations and parking lots. UP and its predecessor, the Chicago & North Western (which UP acquired in 1995) has operated these lines and maintained locomotives and passenger coaches since 1974 with its own crews under a PSA (purchase-of-service agreement) contract with Metra. The agency said UP “now wants to turn over operation of the commuter service to [us], which involves complex issues regarding finances, labor unions, real estate, maintenance and other areas. The two sides have been negotiating a new arrangement for nearly a year but remain far apart.”

A preliminary injunction would require UP to continue to perform all the functions it has been providing under the current PSA, “thereby guaranteeing uninterrupted service for nearly 45,000 [pre-COVID-19-level] riders on UP lines.” Metra wants the status quo maintained “because UP recently informed Metra that, irrespective of negotiations and the ongoing common carrier litigation, it intends to begin to halt a variety of functions that UP says do not involve ‘Public Transportation Services.’ Those include such functions as revenue accounting, claims, ticket agents and, most concerning, maintenance of cars and locomotives. Metra strongly disagrees that these services are unrelated to providing commuter service; to the contrary, some of them are essential, core functions. In addition, UP has said that if the court determines it has no common carrier obligation, it intends to discontinue service 90 days after that decision.”

As to a common carrier obligation, Metra pointed out that “railroads have historically been regulated as public utilities with an obligation to provide freight and passenger service to the general public at a reasonable rate and to obtain permission to discontinue service. UP believes the common carrier obligation no longer applies to its commuter operations, but Metra says no public agency has ever released UP or its predecessor, Chicago & North Western, from this obligation.”

UP in December 2019 asked a federal court to decide the matter. That case is pending, but Metra said it is seeking to move the decision to the STB “because that federal regulatory body has responsibility for railroad policy, and expertise in the railroad industry.”

“Metra and Union Pacific have had a longstanding, cooperative working relationship, and our intention is to continue to maintain this relationship going forward,” said Metra CEO and Executive Director Jim Derwinski. “These filings are an effort by Metra to maintain the status quo on the UP North, Northwest and West lines while at the same time attempting to resolve critical points of disagreement between us.”

The 1995 Interstate Commerce Commission Termination Act (ICCTA), which created the STB, removed from economic regulation publicly owned commuter rail systems that cross state lines, but preserved the ability of those systems to petition the STB for access to privately owned freight rail trackage in terminal areas, and for an unspecified reasonable distance outside such terminals.

“It is most curious that Union Pacific, with so much at stake before the STB, would want even the suggestion to surface that its actions could prevent Chicago area commuters from getting to work, seeing that the former Metra chairman, Martin J. Oberman, is a voting member of the STB,” comments Railway Age Capitol Hill Contributing Editor Frank N. Wilner. “He may recuse himself on this issue alone, but his term does not expire until Dec. 31, 2023. Whatever are they thinking in Omaha?”

“I was in Chicago working for CATS (State of Illinois MPO), and at the time it was crystal clear that the C&NW wanted a better deal to help cover its passenger accounting issues,” observes railroad economist and Railway Age Contributing Editor Jim Blaze. “C&NW was happy to get the deal, which came to Union Pacific as part of the corporate lineage in return for controlling about 45% of the Powder River Basin coal access when UP finally bought out C&NW. As for modern UP management, what’s the calculated harm to UP shareholders from the existing deal? Who’s figuring that out?”

Others have commented that it is unclear if the dispute is indeed an STB matter. If not, it is a court subject.

“Chicago commuters receive safe, reliable service on the UP North, Northwest and West lines,” UP said in a statement. “This will not change. We have been clear with Metra that commuter trains will continue to run on these lines and service will not be degraded or halted. However, we are negotiating a new agreement that would eventually allow Metra to operate the service and take on the Union Pacific employees who currently perform these duties. Union Pacific would continue to maintain the track and manage train movement.

“A new agreement would bring the UP-Metra service contract into alignment with contracts Union Pacific has with other commuter operators across its system. Union Pacific does not use its own employees to operate or maintain passenger operations anywhere in the 23 states where we operate, except for the service we provide Metra. It also is similar to what Chicago commuters already experience on the Metra North Line, hosted by Canadian Pacific, or the Metra Southwest Line, hosted by Norfolk Southern.

“Union Pacific and Metra have differing interpretations of the common carrier duty and whether Union Pacific has an obligation to operate commuter service in Chicago. In December 2019, we asked a federal court in Chicago to determine a common understanding of the law because we believed the court was in the best position to resolve the parties’ disagreement. The case has progressed in the court and could be ready for a decision as early as later this year. We disagree with Metra’s effort to move the dispute to the Surface Transportation Board now.

“Ultimately, we desire a mutually beneficial service agreement with Metra, allowing Metra to do what it does best – provide commuter rail service—and Union Pacific to deliver the goods Americans use every day. As the nation begins to recover from the COVID-19 pandemic, every aspect of life is being re-examined. We are confident that the changes we are making can enhance future operations for both Union Pacific and Metra. Union Pacific believes Metra has the potential to realize economic efficiencies and other qualitative benefits through operating synergies and taking advantage of economies of scale that benefit Illinois taxpayers, while providing uniform service across the region.”