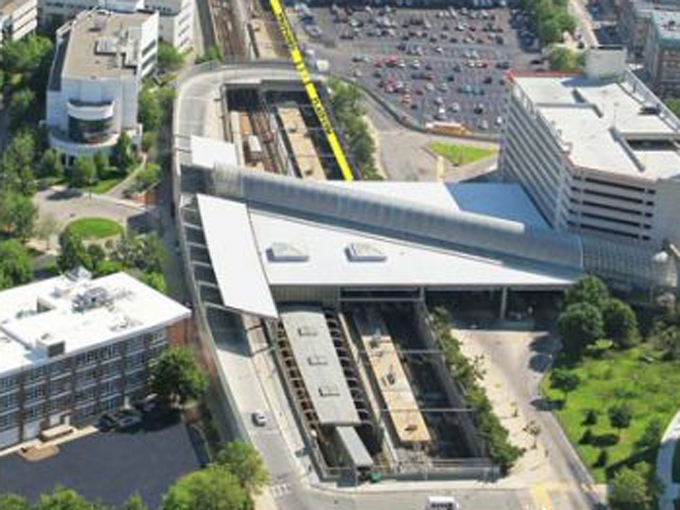 The Fiscal and Management Control Board (FMCB) of the Massachusetts Bay Transportation Authority (MBTA) voted Dec. 19 to amend the Ruggles Station Transportation Project contract with Vanasse Hangen Brustlin, Inc, (VHB) to expand the project’s design and accessibility improvements. A contract extension to December 31, 2019, was also granted as part of the amendment.

Originally authorized in March 2012 for $1.5 million, this project contract already includes the layout and design of a brand new 800-foot Commuter Rail platform at Ruggles Station to service Track 2, which is currently inaccessible to passengers embarking and disembarking trains. The new platform will increase capacity and improve access to the neighboring community including the Longwood Medical and Academic Area, the largest employment center near Ruggles Station, and Northeastern University (NEU).

The MBTA says “the current physical limitations of the station platform, in conjunction with the daily congestion along the corridor from MBTA and Amtrak trains, have made it difficult to offer a complete schedule of trains at the station with 30% of inbound trains bypassing Ruggles completely. Following construction of the new platform, a significantly increased number of trains will be able to stop at Ruggles.”

For an additional amount of $1.6 million approved by the FMCB, the scope of the project is expanded to improve station accessibility further for commuters at Ruggles, a multi-modal station served by thirteen bus routes, seven private bus shuttles, the Orange Line, and three Commuter Rail lines. A completely reconstructed lower busway with a new elevator, wider sidewalks, and concrete bus berths has been included. Additional paths of travel, enhanced pedestrian safety and security measures, further interior and exterior building code-related improvements, east and west access to the station with canopies, and the replacement of four existing station elevators are also included. The contract amendment will allow VHB to complete the design of these additional elements and provide construction phase services for the project.

Throughout the project development and design, the MBTA has also been closely coordinating with NEU due to its close proximity to the proposed construction project at Ruggles Station. NEU plans to construct a pedestrian bridge over the tracks, providing access from Columbus Avenue to NEU’s main campus and surrounding areas. NEU will also relocate a power duct bank and construct approximately 300’ of shared wall along their new proposed deck on behalf of the MBTA project. Some of this work has already been completed with more work scheduled to begin in early 2017.

The project was awarded $20 million in a federal Transportation Investment Generating Economic Recovery (TIGER) VI Grant in October 2014 to help accomplish the construction goal. The TIGER Program is a competitive transportation infrastructure program in which states compete to receive discretionary funding with priority given to applicants that exhibit investments in connectivity to centers of employment and education/services that stimulate long term job growth, especially in economically distressed areas.

In addition to the $20 million TIGER Grant, the project budget includes $10 million from the MBTA Revenue Bond Fund ($30 million total). With the design phase finished in December 2016, construction is scheduled to be performed from 2017 through 2019.