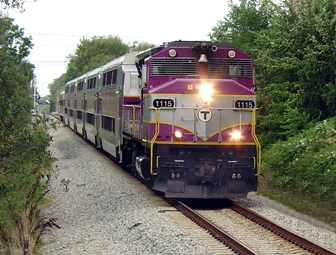 The MBTA is the fifth-busiest regional/commuter rail system in the U.S., serving 127,000 passengers daily with 14 lines, 671 track-miles, 134 stations, and 500 trains each day. Keolis Commuter Services, which is part of Maryland-based Keolis North America, won the $2.6 billion, eight-year contract to manage, operate, and maintain MBTA’s commuter rail service in January following a competitive bid and review process.

“These agreements symbolize the value we place on a smooth and seamless commuter rail transition for our customers,” MBTA General Manager Beverly Scott said. “Key to a successful transition are the skills and talents of the men and women who operate and maintain our commuter rail service and I commend both Keolis and the unions for working so cooperatively to ensure the contracts are in place in a timely fashion.”

“Negotiating such a large number of agreements is obviously not a simple task,” said Keolis Commuter Services Deputy General Manager Gerald Francis. “We very much appreciate the professional and cooperative manner in which all participants approached these negotiations. We look forward to a strong and positive relationship with the organizations representing our unionized workers going forward. Our pledge to the MBTA and the people of Greater Boston is to improve on-time performance and provide a better overall experience on the commuter rail system. And our employees are integral to making that pledge a reality. We are pleased to be launching service on July 1 knowing that we have a solid partnership with the unions representing the workers who will play such a critical role in our success in Boston.”