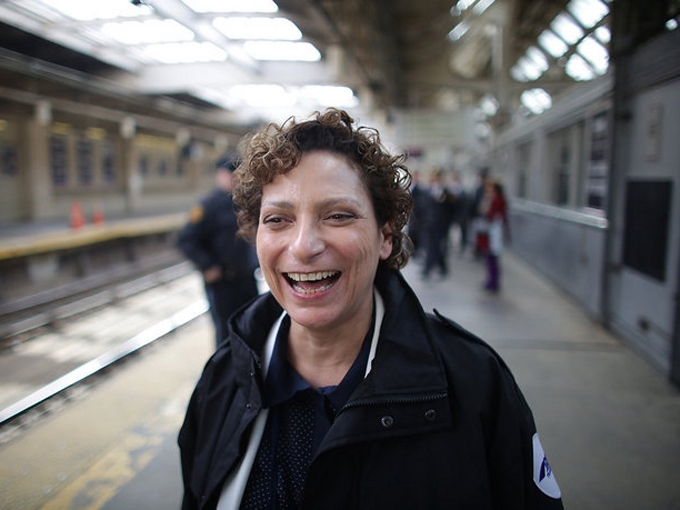 New Jersey Transit Executive Director Veronique “Ronnie” Hakim will be returning to the New York Metropolitan Transportation Authority after only 18 months leading NJT. She will become President of MTA New York City Transit on Dec. 28, replacing MTA Bridges and Tunnels President James Ferrara, who has been serving as NYCT Interim President since the August 2015 retirement of Carmen Bianco.

When she takes the throttle, Hakim will become NYCT’s eighth permanent president. A career transportation professional, she spent 23 years at the MTA before becoming Executive Director of the New Jersey Turnpike Authority, a post she held for four years before New Jersey Gov. Chris Christie tapped her to head NJ Transit.

In her prior tenure at the MTA, Hakim served as NYCT Special Counsel and MTA Capital Construction Executive Vice President and General Counsel, providing senior management with policy and legal advice on megaprojects such as the Second Avenue Subway, Long Island Rail Road East Side Access and the No. 7 subway extension to Hudson Yards.

“Our transit network is the lifeblood of the entire region and I am glad to welcome Ronnie back to New York City Transit and to entrust her with the responsibility of ensuring safe and reliable service even as ridership grows every month,” MTA Chairman and CEO Thomas Prendergast said. “Her comprehensive transportation experience, her detailed vision for the future and her demonstrated ability to bring real improvements to customers make her the right person to tackle New York City Transit’s challenges now.” Prendergast, who at one time was NYCT President, reportedly wanted Hakim for the post.

“Having spent more than two decades of my life at the MTA, I am deeply honored to have the opportunity to lead New York City Transit at a time when surging ridership is affecting every element of its operations,” Hakim said. “Subway and bus customers have high expectations for the network they rely on every day, and I look forward to meeting their expectations of safety, reliability and quality at New York City Transit.”