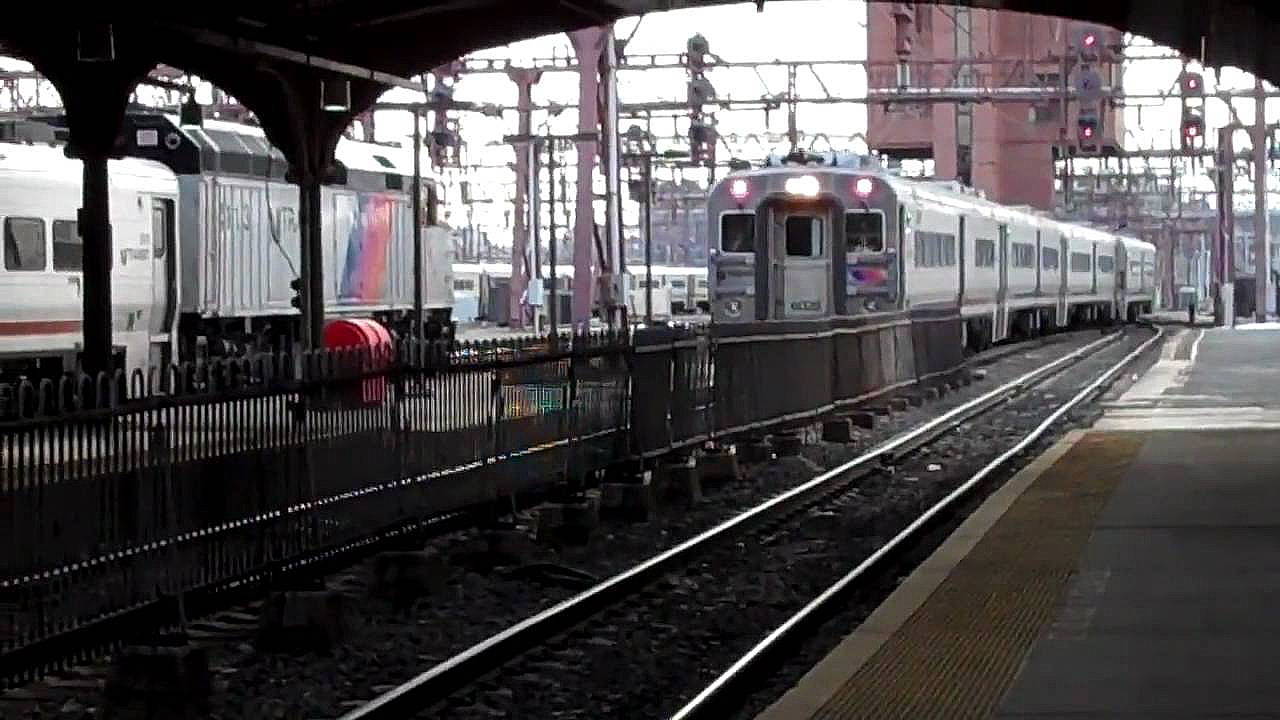 New Jersey Transit is moving ahead on two major passenger facilities improvements, one at Hoboken Terminal, the other at the Walter Rand Transportation Center in Camden, N.J.

For Hoboken, NJT has approved the continuation of efforts to protect and improve rail service by awarding a contract to upgrade the signal and yard power systems in Hoboken Rail Yard. The improvements include replacing and elevating equipment that was inundated with storm waters from Superstorm Sandy in 2012.

On Oct. 29, 2012, Superstorm Sandy’s storm surge caused significant damage to Hoboken Terminal and Yard. The equipment in the yard consisting of underground cables, pad mounted transformers and wayside power equipment were inundated with storm surge waters. “Superstorm Sandy hit our Hoboken Terminal hard, but—as evidenced by our ability to resume most of our service within 24 hours following Tropical Storm Ida—today’s NJ Transit has learned from the hard lessons of the past,” said President and CEO Kevin S. Corbett. “I am grateful to our Board for recognizing the urgent need to protect this historic, multi-modal transit hub from the impacts of future storms for the thousands of customers who travel to and from Hoboken every day.”

“Our comprehensive Resilience Program aligns with the mission to make the transit system and infrastructure stronger and more reliable for the people and communities we serve each day,” NJT said. “Extreme weather events such as 2012’s Superstorm Sandy helped identify vulnerabilities within the transportation infrastructure of one of the country’s most densely populated regions, the Northeast. The likelihood of more frequent severe weather events underscores the need to build a stronger, more resilient transportation system a high priority for the area.”

NJT’s other major facility improvement program involves replacing Walter Rand Transportation Center (WRTC) in Camden. NJT awarded a $4.4 million first-phase conceptual development and preliminary engineering contract to HNTB to begin the design process, the intended goal of which is “to identify the most viable redevelopment plan that best serves NJT customers as well the City of Camden,” NJT said. “Additionally, the concept and design will seek to allow accommodations for future transit developments in Camden and explore the potential for new retail, office, housing and hospitality opportunities to foster mixed-use development and support the investments being made in this vibrant community, utilizing Transit-Oriented Development (TOD) design standards.”

“WRTC’s design seeks to include innovative approaches to providing public spaces that are inviting, safe, maintainable and are easy to access so the community residents, workers, visitors and transit customers feel welcomed and enjoy a positive experience,” Corbett noted. “This important capital project will modernize this facility to enhance the customer experience for our commuters, and provide improved connectivity to Camden’s growing healthcare, education and employment sectors.”