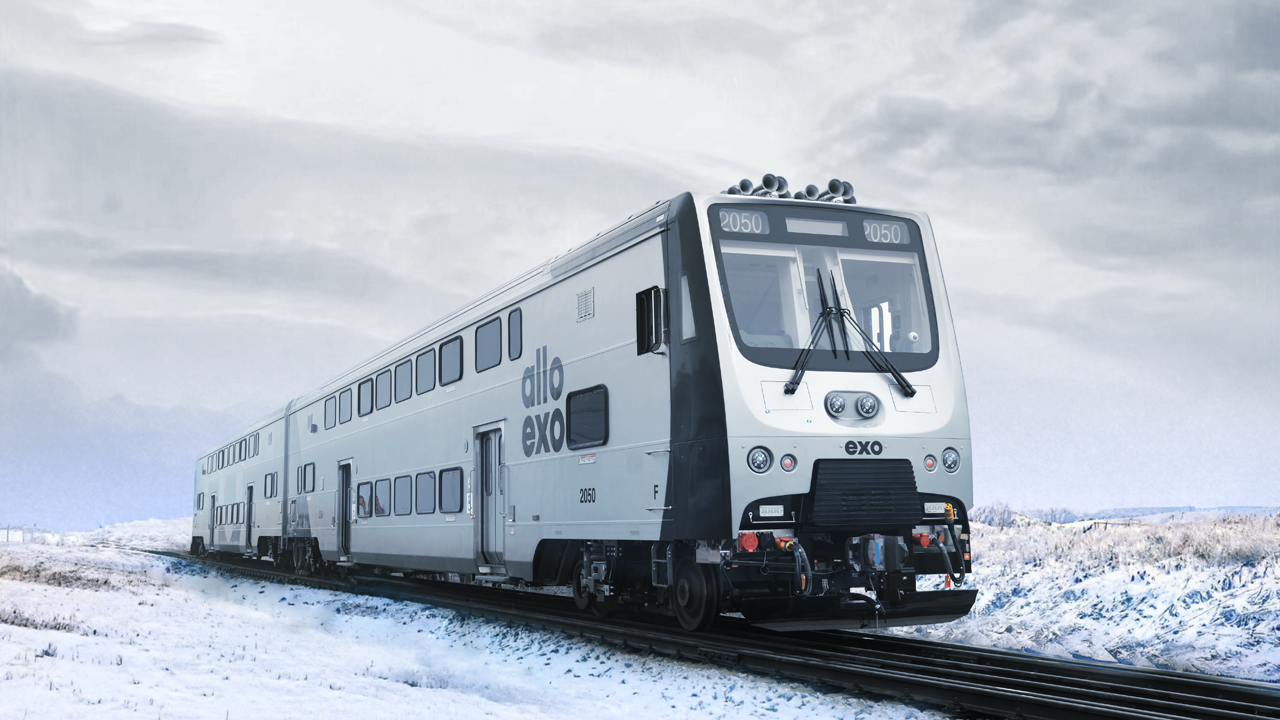 Exo’s first two CRRC multilevels are on their way to Montreal. In the coming days, they will arrive at the Pointe-Saint-Charles maintenance center.

Early this month, CRRC will deliver the first two of 44 multilevel railcars to exo, Montreal’s regional/commuter rail and bus system.

The agency—officially known as Réseau de Transport Métropolitain, or RTM—placed a 24-car order with CRRC in 2017 and exercised an option for an additional 20 in 2019. Included are eight cab cars and 36 trailer cars. The total order is valued at nearly C$196 million; funding was provided by the government of Québec through the Programme d’aide gouvernementale au transport collectif des personnes (PAGTCP).

The new multilevels, which can accommodate up to 147 seated riders, will modernize the exo fleet and run first on the exo2 Saint-Jérôme line. They “have been adapted to exo’s needs through a collaboration between the project team and the manufacturer, CRRC,” the agency reported. “This substantial order has also enabled a dozen Canadian suppliers, including eight from Quebec, to build and develop partnerships with CRRC. More than 28% of the content in the cars is local.”

The first two multilevels will be delivered to exo’s Pointe-Saint-Charles maintenance center, where they will undergo “minor finishing work and assessment,” including complete mechanical safety checks and static tests. In the coming months, the cars will put through dynamic testing on the network as well as brake tests.

Exo said it expects to receive 32 more cars over the course of the year. Those cars, plus the initial two, are slated to enter service in early 2023. The final 10 are “undergoing final adjustments to be accessible to passengers with reduced mobility,” exo said; they will be delivered at a later date, with service expected in 2024.

Delivery had been scheduled to begin in June 2019, but was delayed “due mainly to the COVID-19 pandemic, as well as technical adjustments to the cars and increased local content,” exo reported.

“Throughout the project, we’ve worked very closely with the supplier to design the cars,” said Michael Émond, Director, Maintenance and Rolling Stock Project Management at exo. “Our maintenance teams are in place to complete the necessary tests and assessment to put the cars into service. The result is very high-quality cars that are specifically designed to meet our needs, giving our customers an exceptional, state-of-the-art travel experience.”