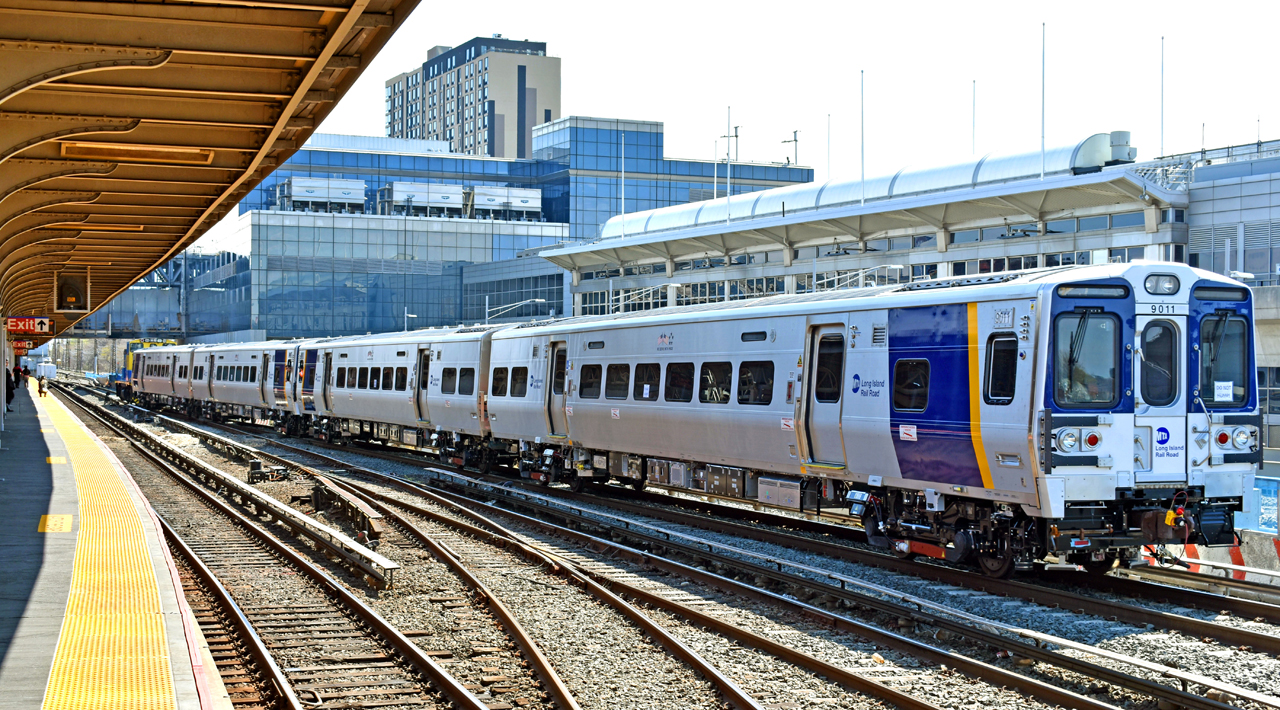 Further testing is now under way at LIRR’s Hillside facility in Jamaica, N.Y. Among numerous stress tests to be performed are repeated and lengthy door opening/closing trials. At this time, no timetable has been announced for road testing and certification.

The exterior scheme is similar to the “New York State” scheme on some MTA New York City Transit B Division cars utilizing blue and yellow striping on the control cab ends of the trainset’s married pairs.