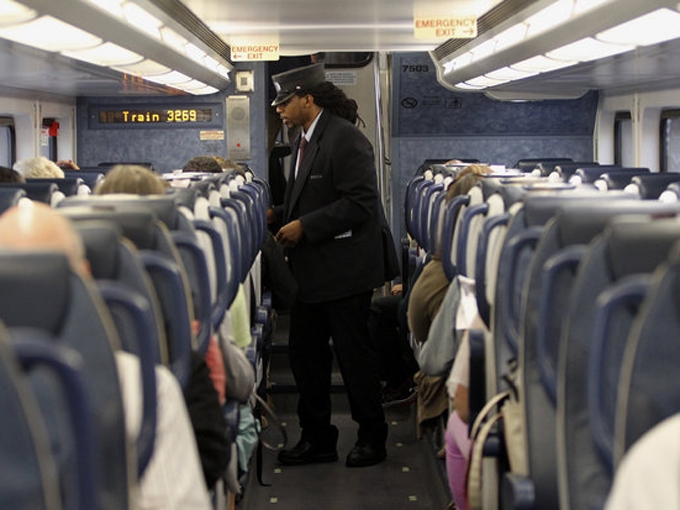 The members New Jersey Transit’s two largest unions, the Brotherhood of Locomotive Engineers and Trainmen (BLET) and SMART Transportation Division-United Transportation Union (UTU), have voted against the tentative agreement reached in March between NJ Transit and a coalition of its 16 railroad unions.

NJ Transit and its 4,200-member rail unions narrowly averted a strike on March 11, 2016, when the coalition accepted NJT’s offer, a 7-1/2 year contract that includes 21% in wage increases, with retroactive payments for current employees and those who have retired since the last contract expired in July 2011. BLET and UTU are the only holdouts, as members of the other 14 unions voted to accept the deal.

“NJ Transit has been advised by the two unions representing its conductors and locomotive engineers that the membership has failed to ratify the recently negotiated agreements,” said spokeswoman Nancy Snyder. “Both ratifications failed by narrow margins. Although NJ Transit is disappointed in these two rejections, it is heartened that all 14 of the other unions ratified their contracts by significant majorities. These 14 contracts have been finally approved by the Board of NJ Transit and are now final and in effect.   The two unions representing the conductors and engineers have the right, under the Federal Railway Labor Act, to request the resumption of negotiations. In the event the two unions make that request, NJ Transit will meet with them.   Under the earlier agreements, there is an additional 60-day cooling off period in effect now, through the end of June, that precludes strikes or lockouts. ”

The new contract requires railroad workers to contribute $130 to $160 a month toward medical insurance coverage—compared to the U.S. average of $412—with a $250 to $500 deductible—compared to the U.S. average of $1,300. It is widely believed that this requirement is the only sticking point for the BLET’s and UTU’s rejection of the contract. However, that may not be the case, as Railway Age Contributing Editor and former UTU official Frank N. Wilner points out.

“It is an equality issue, whereby the conductors have decided among themselves that, notwithstanding the long-existing pattern—and patterns are sacrosanct in labor relations—whereby Long Island Rail Road workers have a higher pay scale, it is time to ‘correct’ the inequality and put NJT train crews on the same wage scale as the highest-paid of the regional/commuter railroads,” Wilner points out.

Also an issue is the fact that the proposed contract includes two years in which workers receive no raise at all.

The BLET and UTU ultimately will most likely end up with the agreement NJT’s other 14 unions have accepted. “It is undoubtedly a fool’s errand to think that two truculent unions can upset decades of labor contract patterns that, when examined, link every commuter, freight and passenger railroad in some manner,” says Wilner. “Congress will be in no friendly mood if forced to end a work stoppage on the eve of political conventions rife with their own political difficulties simply because two unions wish an immediate rewrite of labor history. The near-certain outcome is that legislation will impose the same contract that all of the other NJT unions accepted with positive votes of between 81% and near 100%.”

Frank Wilner is the author of Understanding the Railway Labor Act, available through Simmons-Boardman Books.