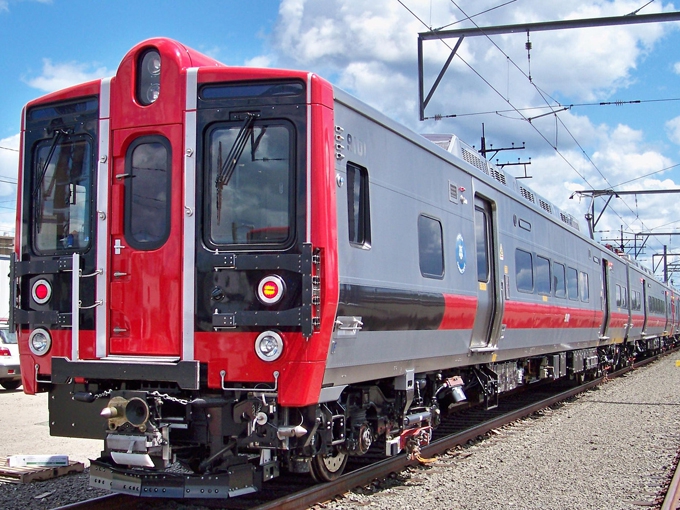 One of the busiest commuter rail lines in the U.S. is accelerating a buy of 60 new railcars.

The State of Connecticut will purchase an additional 60 M-8 EMU (electric multiple-unit) cars by 2019, each equipped with 105 seats, to accommodate more than 6,000 expected additional commuters on MTA Metro-North Railroad’s New Haven Line.

The Connecticut Department of Transportation (ConnDOT) owns a portion of New Haven Line, all of which is operated by Metro-North Railroad under contract to ConnDOT. In 2015, the line carried more than 40.3 million passengers, up 2% from the prior year and setting an all-time record. Ridership overall is up about 12% over the past five years, with peak-hour ridership up 27%.

ConnDOT Commissioner James P. Redeker noted that the New Haven Line is now carrying as many passengers today as had been predicted for 2021. He added that ConnDOT is evaluating the M-8s for possible use by its subsidiary Shore Line East, which operates diesel-powered commuter trains between New Haven and New London.

An allocation of $200 million is anticipated to be considered later this month at the next meeting of the State Bond Commission to approve the purchase of the new M-8 cars.

Connecticut has already purchased 405 M-8s, which entered service in 2011 and are now standard on the New Haven Line. Most of the older M-2 rail cars have been retired, but a small fleet remains as back-ups.

“More and more, Connecticut residents are choosing public transportation to go about their daily commutes. If we want to remain competitive in the 21st Century, modernized economy in a way that attracts new businesses and creates high-skilled jobs, we must update our infrastructure and give our commuters a best-in-class transportation system,” Governor Malloy. “We have witnessed what decades of underinvestment has resulted in, and we can no longer afford to sit back and let the status quo remain. This is just one of many bold steps we are implementing statewide toward making a modernized transportation system reality, because our economic future depends on it.”