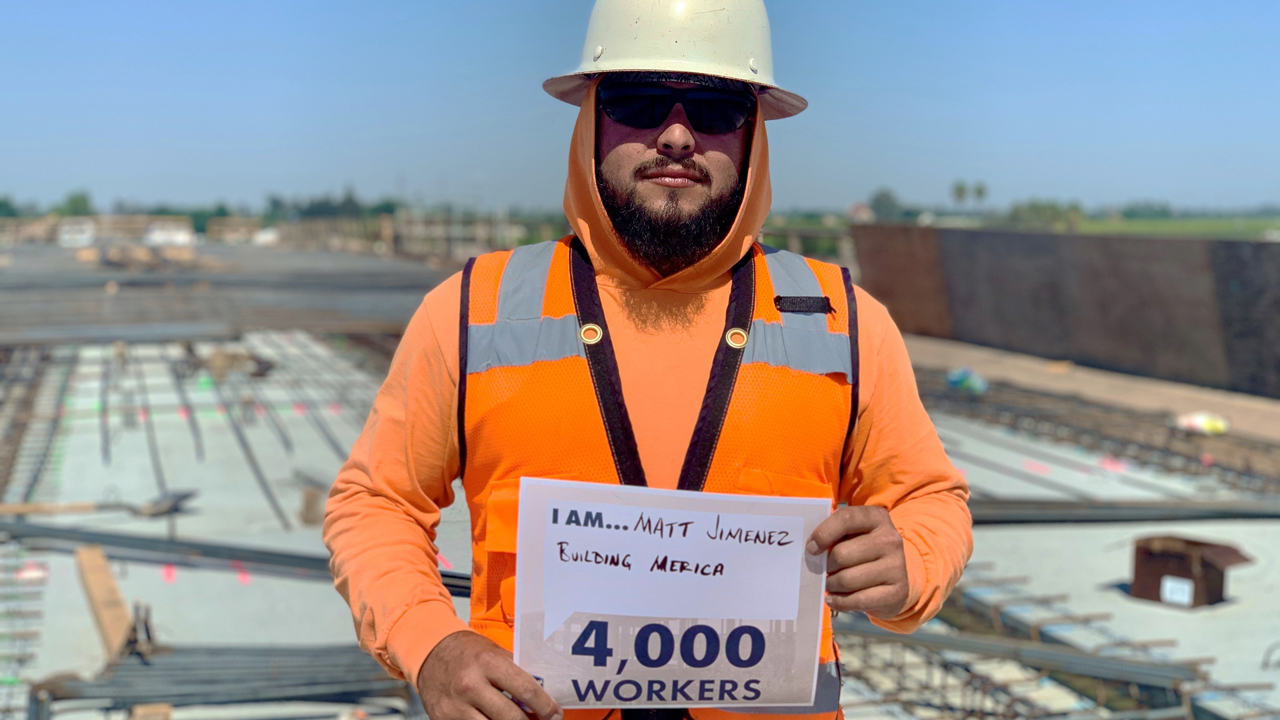 The California High-Speed Rail Authority (CHSRA) announced that more than 4,000 construction jobs have been created across 119 miles of the high-speed rail project. More than 73% of the workers dispatched to various construction sites reported living within the Central Valley.

Since the beginning of the high-speed rail project, CHSRA and the project’s design-builders have worked to ensure jobs created on the project benefit disadvantaged areas through the execution of a Community Benefits Agreement. The agreement includes a Targeted Worker Program that requires 30% of all project work hours be performed by individuals who come from disadvantaged communities where household income ranges from $32,000 to $40,000 annually.

CHSRA currently has 119 miles under construction within three construction packages. Design-builder contractors Tutor-Perini/Zachry/Parsons, Dragados-Flatiron/Joint Venture, and California Rail Builders have more than 32 active construction sites with more expected to open in the coming months. This work totals more than $4.8 billion in construction commitments.

“I’ve been in this trade for about 10 years and have had to travel 5-6 hours to get to work,” said carpenter foreman Matt Jimenez. “I feel blessed having a stable job near my home in Visalia, especially with everything going on in our country and seeing friends and family out of work right now. I just feel blessed.”

“We have expanded the work in the Central Valley and tripled the number of workers dispatched to the job sites over the course of the last year,” said Brian Kelly, CEO of the California High-Speed Rail Authority. “This is the strength of our program—stable work, stable paycheck, stable families and a more stable future for California.”

“The 4,000th worker on site building California’s high-speed rail project really is a great milestone for not only the Authority but for the local economies and local workforce,” said Robbie Hunter, President of the State Building and Construction Trades Council of California. “The vast majority of these workers are from counties in the Central Valley. That is thousands of workers and hundreds of apprentices on the 119-mile-long construction site that are building a critically needed third mode of mass transit that is clean, fast and will relieve congestion on our state’s highways, freeways and airports. This is not only an infrastructure project that is driving our economy, but it is absolutely necessary to meet the needs of the growing population of California while protecting the environment.”