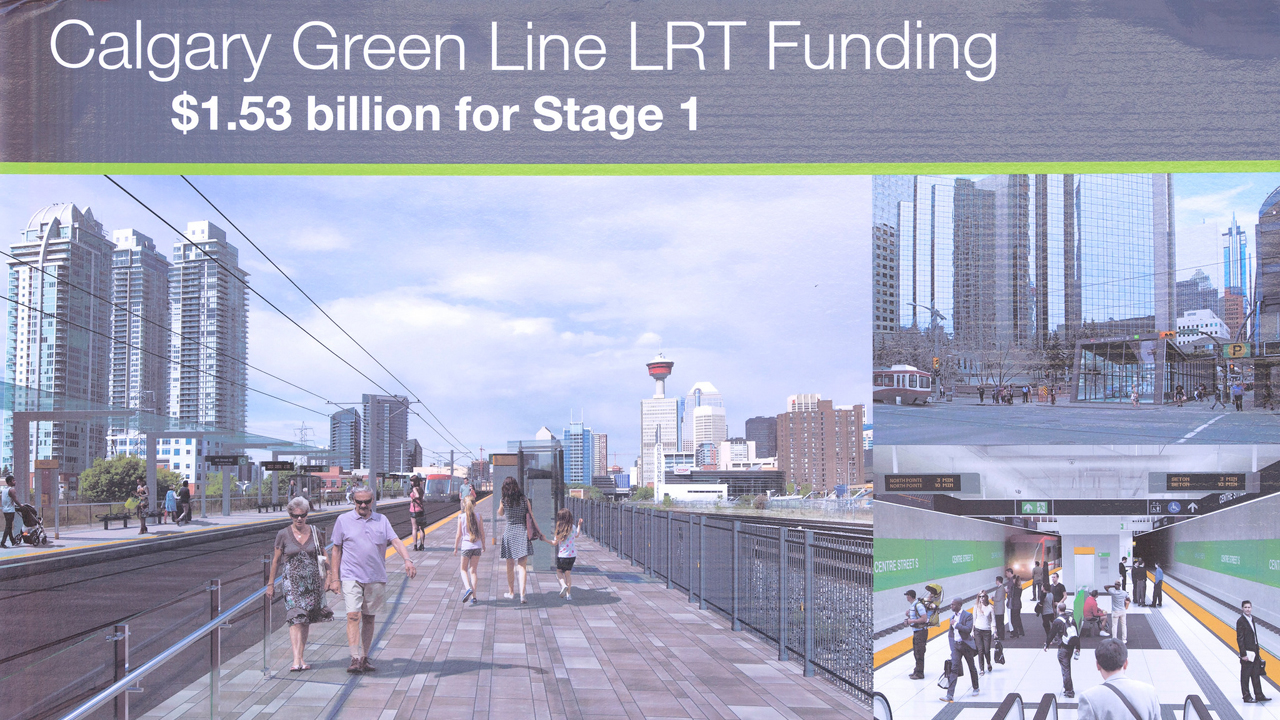 Canada has committed C$1.53 billion (US$1.19 billion) in funding for Calgary's Green Line Light Rail Project, the largest-ever infrastructure investment made by Ottawa in the province of Alberta.

In June 2017, the Calgary City Council approved the final alignment of the project, which will be 28.58 miles long and include 28 stations at full build-out. Stage 1 calls for the construction of 12.4 miles of track, 14 stations, a vehicle maintenance and storage facility, eight bridges, four tunnels, 70 low-floor light rail vehicles and three park-and-ride facilities.

Stage 1 construction is expected to begin in spring 2020 and be completed by late 2026. An estimated 20,000 jobs will be created to support the system’s design and construction, with a further 400 long-term jobs forecast for operation and maintenance of the Green Line when it opens to the public.

The first stage is estimated to cost C$4.65 billion and will come from the federal, provincial and municipal governments. The government of Alberta has said its third of the project cost will be paid for through provincial carbon tax money.

“Across the country, we are investing in major infrastructure projects that will transform the way Canadians move, work and live, while creating good, well-paying middle class jobs today and for years to come. Today’s historic investment in Calgary’s public transit system will make it easier for people to get around and connect to the services they need, make our air cleaner, and create thousands of jobs for Canadians,” said Canada Prime Minister Justin Trudeau.