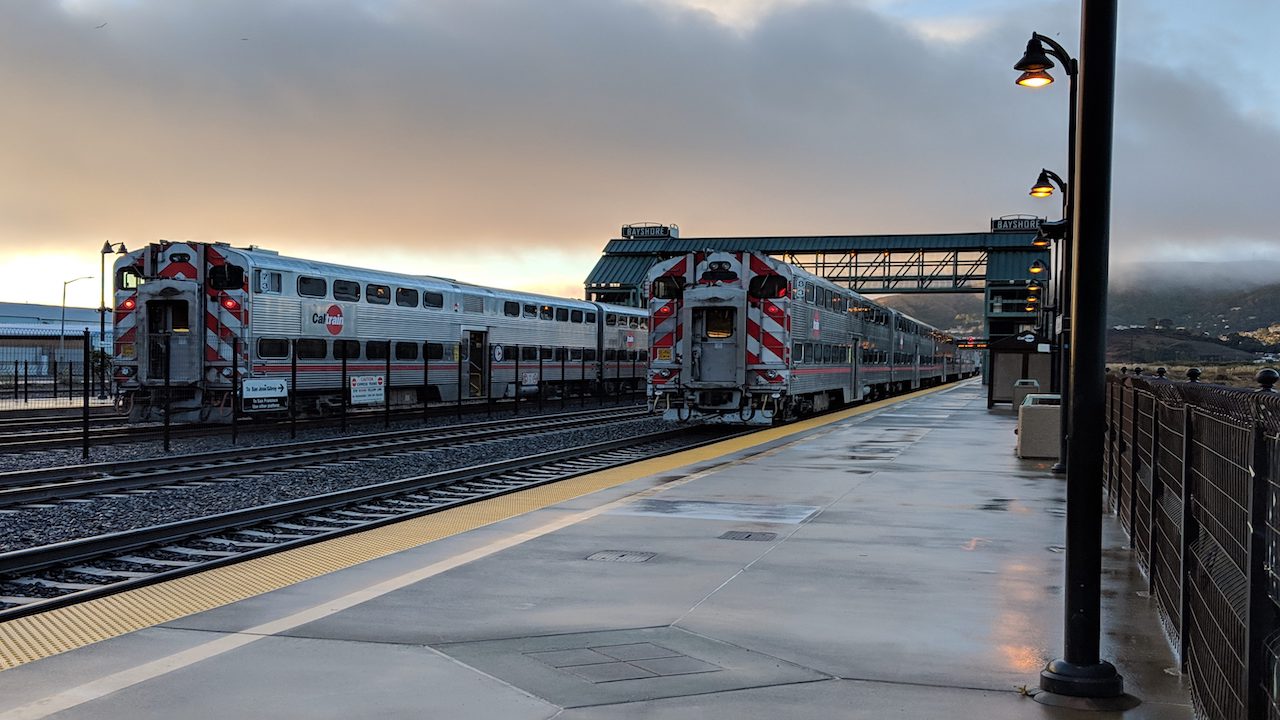 Within the TIRCP is a $900 million minimum set-aside for capital projects such as the Caltrain Electrification Project, scheduled to be completed by 2024.

On June 30, California Gov. Gavin Newsom signed the $308 billion Fiscal Year 2022-23 California Budget Act, which includes $3.65 billion for transit capital projects and $10.9 billion for state transportation programs, including the Transit and Intercity Rail Capital Program (TIRCP). Within the TIRCP is a $900 million minimum set-aside for capital projects such as the Caltrain Electrification Project, scheduled to be completed by 2024.

Of the allocations for transit, $1.5 billion is dedicated to TIRCP projects in Northern California, and of that amount, at least $900 million is set aside for projects like Caltrain Electrification, which currently faces a $410 million shortfall, and VTA’s BART extension, which previously received state Cap and Trade funding. The exact amount will be determined over the coming months.

The electrification of the Caltrain system will deliver major benefits to the communities that it serves, according to Caltrain. Electrification will reduce Caltrain’s greenhouse gas emissions and eliminate the particulate matter caused by the aging diesel engines.

Service will become both more frequent and more comfortable, as state-of-the-art electric trains replace the 30-year-old diesel fleet. The project has also created thousands of jobs locally and throughout the country, both to electrify the corridor and to assemble the new trains. Electrified service will lay the foundation to meet Caltrain’s goal of tripling capacity by 2040, the equivalent of carrying 5.5 lanes to U.S. Highway 101. Additionally, the infrastructure that is being installed will be compatible with future high-speed rail on the corridor.

In addition to the $900 million set-aside for transit initiatives, the FY 2022-23 Budget Act includes $3 million for wireless crossing technology for Caltrain, which will help improve gate-down times at Caltrain crossings.

“We applaud the collaboration and leadership of Gov. Newsom and the State Legislature on their historic $10.9 billion funding package for California’s public transportation systems, which will provide unprecedented levels of support for critical transit projects,” said Caltrain Acting Executive Director Michelle Bouchard. “We want to thank Assemblymembers Phil Ting, Kevin Mullin and Marc Berman, Senators Nancy Skinner and Josh Becker, Senate and Assembly Leadership, and every member of our local delegation for advocating on behalf of these crucial transportation investments. Because of their continued support, we are on the verge of a fully funded, soon-to-be completed Caltrain Electrification Project.”

“VTA is encouraged to see state leaders coming out strong for public transit and we are optimistic our important projects like BART phase 2 will benefit from that support,” said VTA General Manager/CEO Carolyn Gonot, who, earlier in her career, headed the BART Silicon Valley Project for VTA.

The budget package also provides critical support for other types of transportation projects, including the Active Transportation Program, created to encourage walking and biking; significant investment in zero emission transit vehicles and fueling infrastructure; and “Major Project Development Reserve” to provide for multiyear grants for capital projects and programs in earlier stages of the federal project development process.