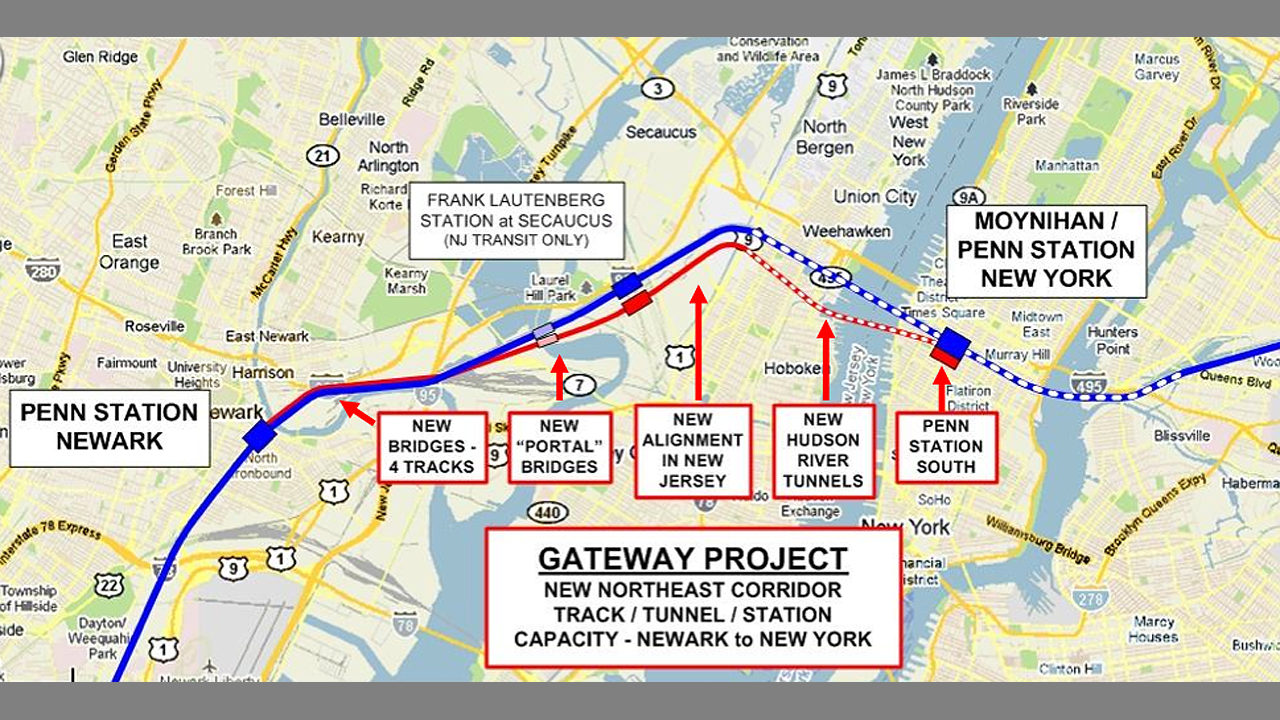 The FEIS and ROD for the Hudson Tunnel Project are set for completion in May.

The Biden Administration has announced that a “critical milestone” in the Gateway Tunnel Project will be achieved in May—completion of the Final Environmental Impact Statement (FEIS) and the Record of Decision (ROD).

Gov. Phil Murphy of New Jersey released the following statement after learning of the Biden announcement:

“The Biden Administration’s announcement of the impending May completion date for the Hudson Tunnel Project’s Final Environmental Impact Statement and Record of Decision is a major step towards relief for New Jersey commuters. After years of stalled efforts under the Trump Administration, President Biden, [USDOT] Secretary Buttigieg, Acting FTA Administrator Fernandez, and Acting FRA Administrator Bose are making it clear that the Gateway Program and all of its components are a critical part of our nation’s infrastructure. Our Administration has fought for new and safe tunnels since 2018 and we look forward to working with our regional and federal partners to build commuting and rail infrastructure that our commuters can depend on.”

“NJ Transit is a proud partner in the resumption and advancement of this critical project.  The Hudson Tunnel Project will directly benefit our customers with more reliable and resilient rail service in one of most congested areas of the nation.

We appreciate the support of President Biden and USDOT Secretary Buttigieg, as well as Governor Murphy, NJDOT Commissioner and NJ Transit Board Chair Diane Gutierrez-Scaccetti and New Jersey’s Congressional delegation in accelerating this vital project. We look forward to working with the FRA to finalize the FEIS and ROD as quickly as possible.”