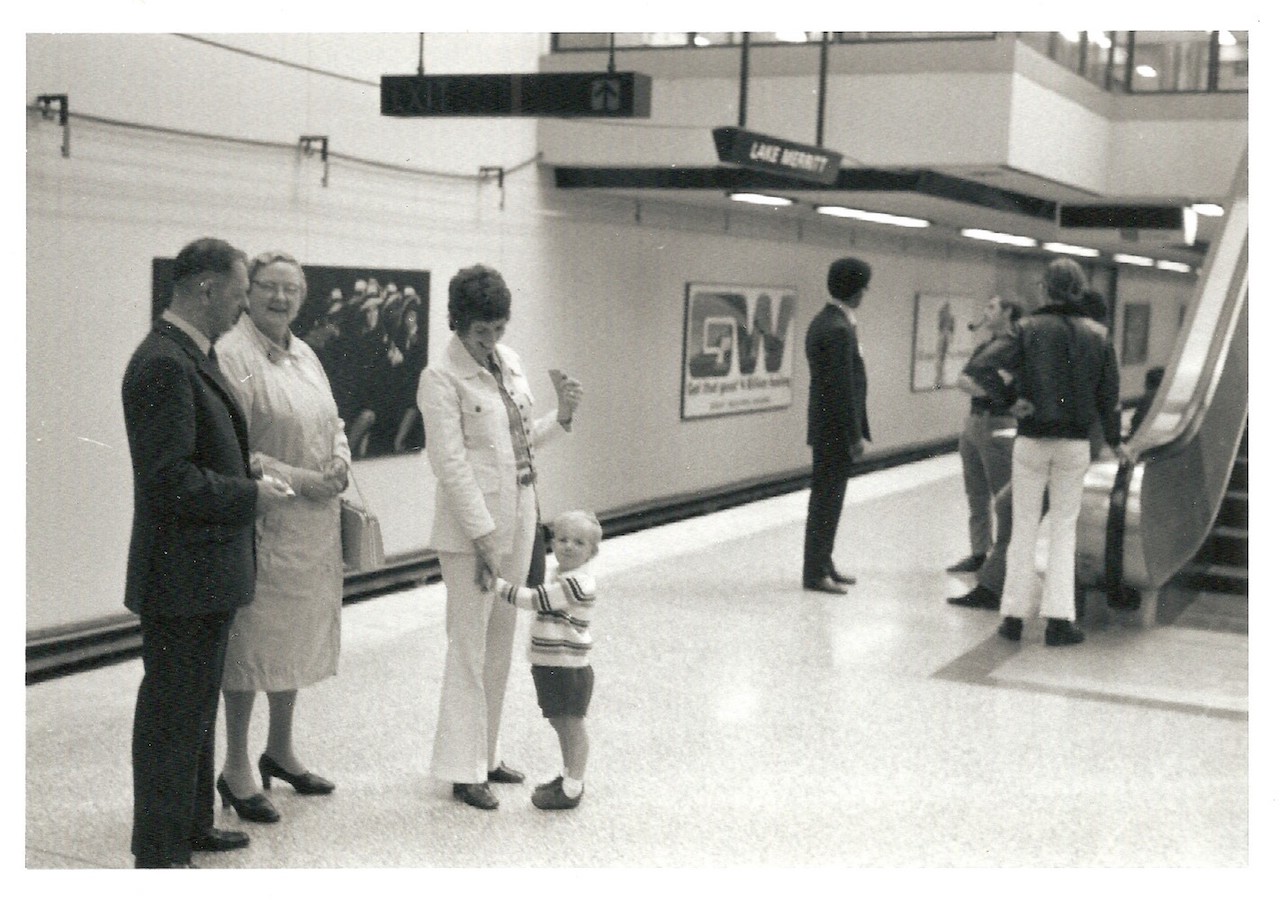 For almost-three-year-old Kevin Franklin, riding BART for the first time was something of a wonder. The trains were big, shiny, and fast. The stations, grandiose and cathedral-like. And the people watching, unparalleled.

Franklin was one of the lucky Bay Area residents to ride BART the day it all began. He and his family attended opening day of the regional transit system on Sept. 11, 1972, taking the train from Lake Merritt Station to Fremont Station and back. Though the ride took just about an hour, it left a lasting impression on Franklin, who now serves as Deputy Chief of Police for the BART Police Department (BPD). Franklin joined BPD in 1996.

“BART was something that made a kid feel like they could go anywhere,” he said, speaking from his office near Lake Merritt Station. “It was like BART connected me to all these places to go that were so much fun.”

In one photograph from the day – the opening of BART was something you’d be sure to bring a camera to – a bite-sized Franklin can be seen holding his mother’s hand on the platform, smiling as his grandparents look on. In another black-and-white image, Franklin peers into the Train Operator’s cab, his tiny hands on the glass.

For Franklin, it’s a point of pride to have ridden BART on its first day out of the gate. He said it makes him feel “nostalgic and connected” to a transit system he’s used almost his entire life.

“I see so many things that are still the same,” he said, noting a church in the background of a photo that’s still standing and a parking lot that hasn’t been razed. “I’m connected to it in a lot of ways.”

Of course, not everything has stayed the same. Exhibit A: a man smoking a corncob pipe in the background of the above photo.

Growing up in Oakland, Franklin remembers how BART seemed to “open up the Bay Area.”

“We could go anywhere,” he said. “I remember riding down to Fremont, and it felt like it was almost a foreign country because it was so far away. But you could get there on BART.” Often, he’d hop on BART “just to go someplace,” with no destination in mind.

“We were standing on the platform when the very first train arrived carrying the travelers heading off to their destinations around the world,” Franklin said. He could feel a twinge of recognition with those bleary-eyed travelers, taking BART to a location where once there was no BART. Franklin even had a hand in planning the station and its safety features.

Franklin has also seen BART evolve and change profoundly. He saw ridership explode in the 90s onwards, parking lots become multistoried garages, and stations that started as ideas open to the public.

“It felt like the expansion of BART really changed what a police officer had to do,” he said. “It was a lot simpler in the 80s, when there were fewer passengers, facilities, and stations. The 90s were that period where things really started to grow.”

Franklin rose in the ranks at BPD, starting as a police officer. In 2007, he was promoted to Lieutenant, and in 2020, became Deputy Chief.

One of the most profound changes Franklin experienced in his tenure as a police officer came after the tragic shooting death of Oscar Grant by a BPD officer.

“That was a world-changing event for us and for the community,” he said. “We went through that and had a lot of pain, and a lot of change came out of that.”

In the aftermath of the tragedy, BPD showed its “willingness to innovate,” Franklin said. “This was a situation where we had an opportunity to grow and change. So, we did, in training, hiring, supervision – nearly every facet of the department.”

In 2021, BPD formally established its Progressive Policing Bureau, which seeks to deploy unarmed civilians in situations where an armed police officer may not be appropriate, such as mental health crises.

“The ultimate success of the bureau will be determined by the results we get in the coming years,” Franklin said. “We’re getting a lot of positive feedback. People want to see us responding.”

There’s a reason the word “public” is wedged into “public transportation” – the stations and trains are welcome to all who pay their fare. That can sometimes pose problems for policing, as the issues present on the Bay Area’s streets are also visible in BART stations.

“We’re not going to arrest our way out of that,” Franklin said. “The root causes are mental health and economic issues.”

“What have we done and accomplished in 26 years?” he pondered. “The growth is great. But implementing a crisis intervention team is groundbreaking.”

While BART has changed profoundly in its 50 years, so has Franklin. But that sense of wonder a young boy felt riding BART remains to this day. Still, Franklin can recall that majestic feeling of seeing the Port of Oakland cranes creep along the shoreline, only to enter the darkness of the Transbay Tube, then emerge in downtown San Francisco, dwarfed by skyscrapers.

“I just remember feeling so small,” he said. 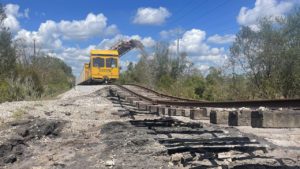