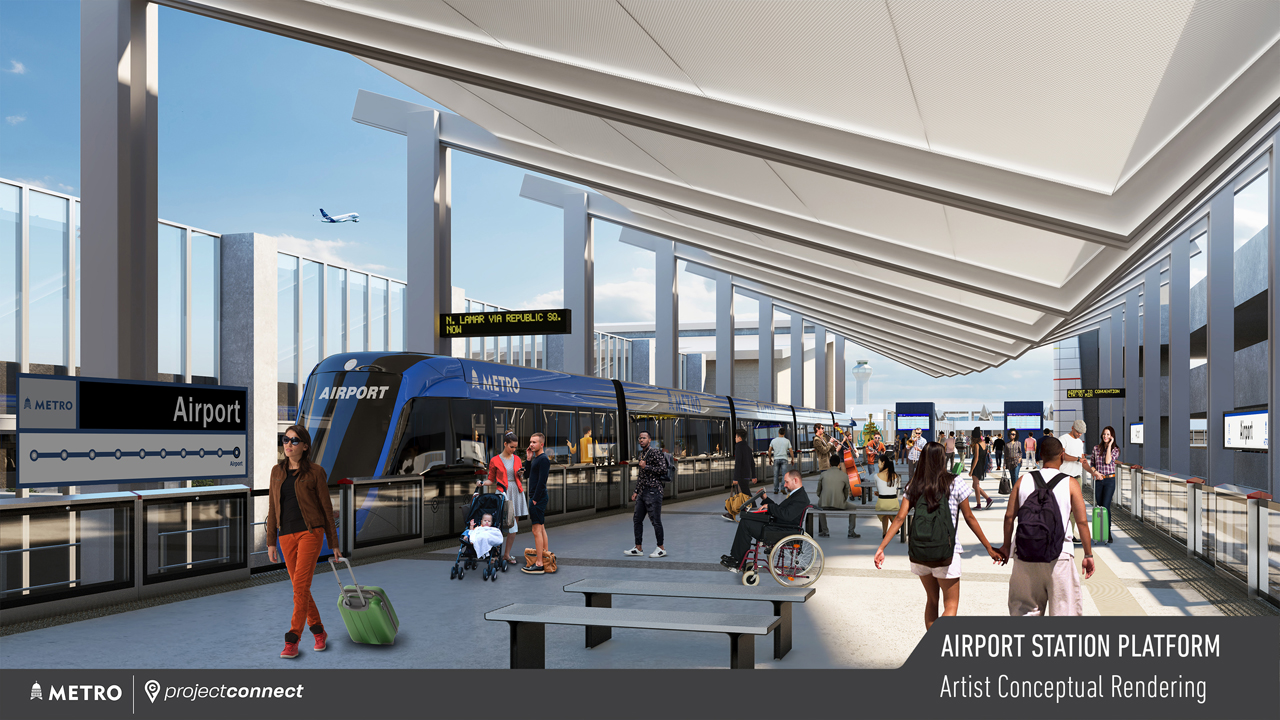 Project Connect’s new 15-mile light rail Blue Line will run from Austin’s North Lamar neighborhood and U.S. 183 through downtown and on to the Austin-Bergstrom International Airport.

In November, Austin voters overwhelmingly approved Project Connect, financed by a 0.875-cent (7/8 of 1%) sales tax increase. Also included in the initiative: $300 million for TOD and anti-displacement measures, which will be financed by an increase in property taxes. The new FTA grant will expands those measures. (FTA reported Dec. 15 that it awarded nine projects, Project Connect among them, a total of $6.2 million in TOD grants.)

Partners Capital Metro and the city of Austin are implementing Project Connect. The city is leading anti-displacement efforts.

The new FTA Pilot Program for Transit-Oriented Development Planning grant is the first example of federal funding secured for Project Connect. Capital Metro estimates that half of the initiative’s costs will be supported by federal grants and commitments.

The TOD grant will be used to study the North Lamar/Guadalupe/Riverside Fixed Guideway Corridor. This 12-mile segment includes the Orange and Blue lines from North Lamar and U.S. 183 to U.S. 183 and East Riverside Drive. The study’s recommendations will assist in the development of “context-sensitive” anti-displacement strategies and affordable housing projects along the corridor.

Capital Metro will manage the study, with technical and community engagement support from the city. As the local financial sponsor of the corridor study, Capital Metro will also provide a match of $250,000 committed funding.