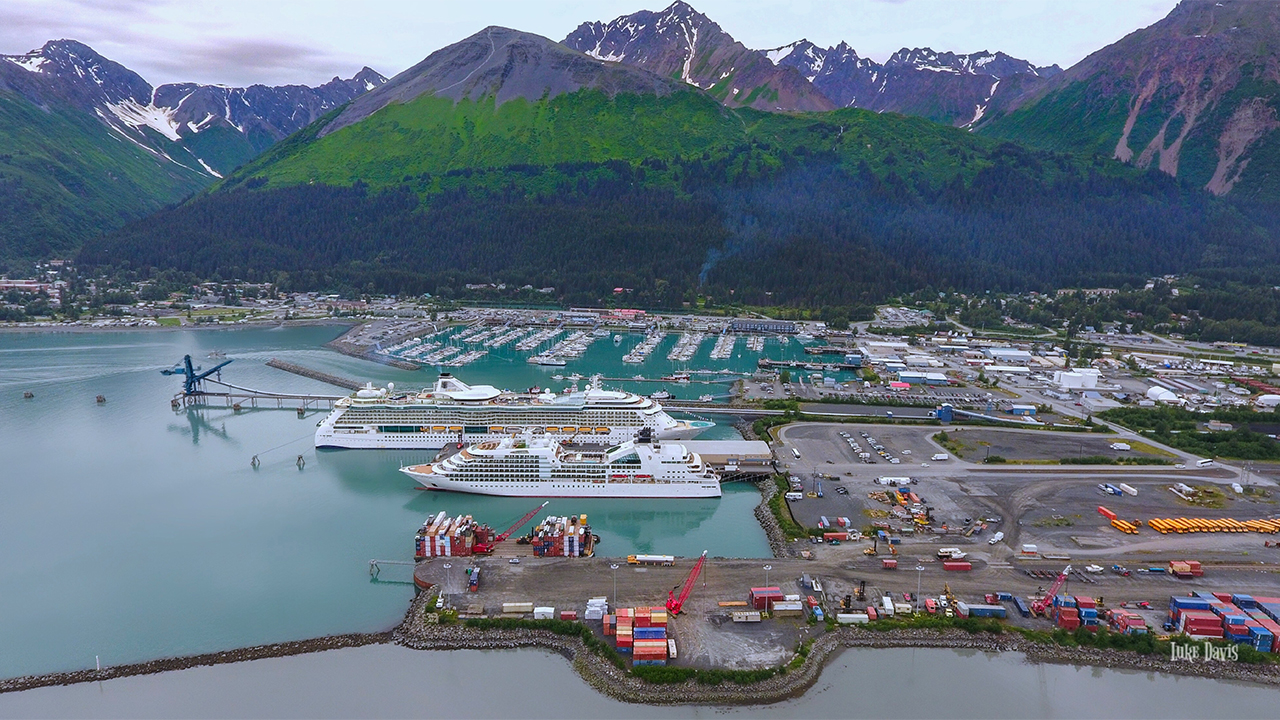 House Bill 127 grants ARRC the authority to sell up to $60 million in bonds to fund the $80 million project. Bank of America Securities, Inc., is the underwriter. ARRC has its own bonding powers; as such none of the project costs will be funded with state dollars. The remaining $20 million worth of project costs will be paid through existing dock fees and capital funds. ARRC said it already has interest in the dock upgrades from Royal Caribbean Group, with which it is in negotiations for a multi-year berthing agreement that features an annual revenue guarantee.

The project’s construction timeline is based on the new passenger terminal to be operational for the 2025 season. “The upgrades are needed as Seward provides a critical connection to thousands of cruise passengers who arrive in Alaska each summer and then go on to travel throughout the state, bringing tourism dollars to Alaska businesses,” ARRC said.

ARRC also has a project in the works expanding the freight dock and corridor improvements in Seward. In total, ARRC said it’s “on track to invest more than $100 million in the community of Seward over the next five years.”

Built in 1966, the existing passenger dock (above and below) is a pile-supported pier structure with a concrete deck measuring 736 feet long and 200 feet wide. The dock provides support and moorage space for freight vessels and non-cruise vessels during the visitor off-season. ARRC said the dock’s pile foundation “has experienced significant corrosion over its half-century lifespan, which limits the dock’s remaining useful life and has resulted in weight restrictions.”

“We appreciate the governor’s strong support for the railroad and our ability to finance critical Alaska infrastructure,” said ARRC President and CEO Bill O’Leary. “Seward has been an essential gateway for the Alaska Railroad for decades. Replacing the dock and enhancing our passenger terminal will ensure this important connection remains intact for all Railbelt communities for many more decades to come. We are on the cusp of celebrating the railroad’s centennial, 100 years as a critical transportation link. It is fitting to mark the occasion by starting a project that will offer profound benefit to communities all along our rails.”

“Our cruise brands have enjoyed operating out of Seward for more than 20 years, and with this investment, our guests will continue building memories that last a lifetime,” said Wendy Lindskoog, Royal Caribbean Group Regional Vice president of Government Relations for Alaska and the West Coast. “Our aligned vision to support this new dock with the governor, legislators and ARRC means long-term economic benefit to the region and the ability for Royal Caribbean Group to bring our newer, more energy-efficient ships to the market.”

“We are thankful for the strong return of the cruise ship industry after a two-year hiatus,” said Seward City Manager Janette Bower. “We appreciate the support from Gov. Dunleavy, [State] Senate President Peter Micciche, House Transportation Committee Chair Rep. Grier Hopkins and Rep. Bart LeBon allowing the Alaska Railroad to move forward with this valuable project and the economic benefit it provides through cruise ship tourism dollars for our local businesses, including commercial passenger vessel funds for both the city and borough, the marine industry in Seward and throughout the state.”