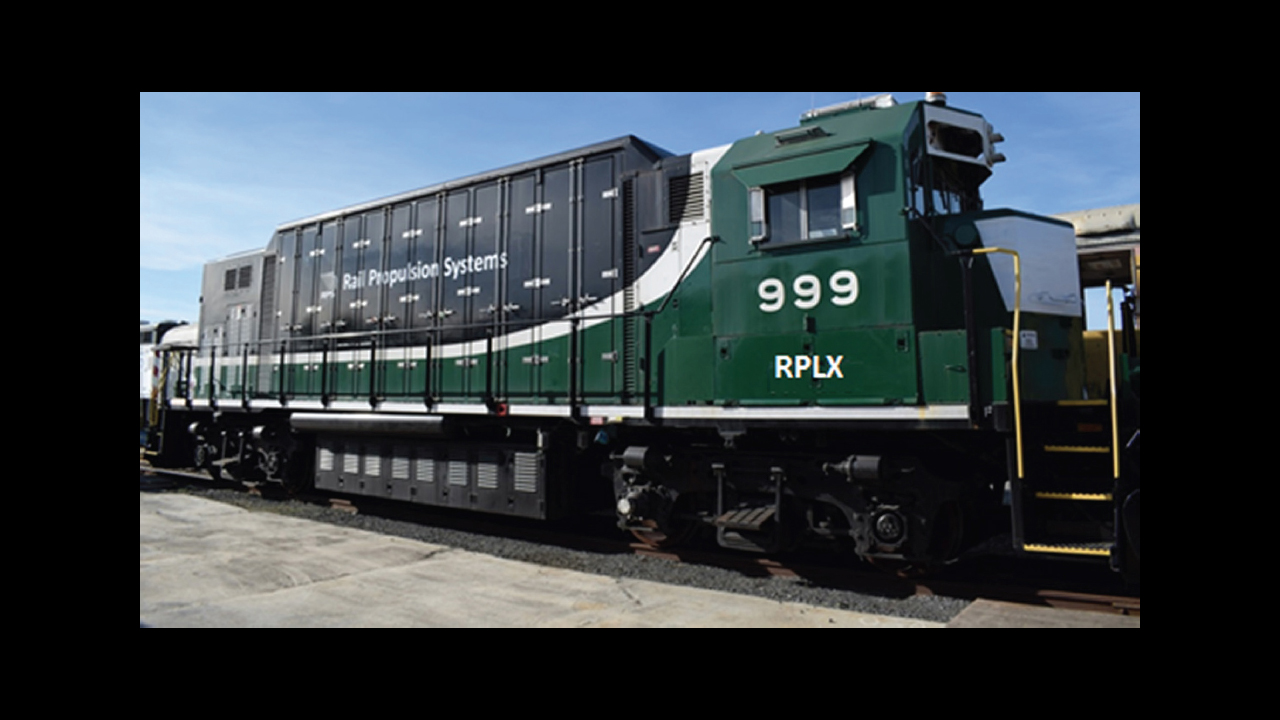 Rail Propulsions Systems, LLC, (RPS) of Fullerton, Calif., has successfully restored and recycled locomotive 999, an early zero-emission battery prototype which was developed by NS more than 10 years ago to be a road switcher but did not meet the requirements and the project was abandoned.

RPS recently acquired 999 and has installed its power control systems and other upgrades, which aim to enable 999 to be productively employed in southern California’s Los Angeles Basin. Although improved in recent years, the air quality in the L.A. Basin is still the worst in the country, and diesel engines are a major source of air pollutants. RPS’s philosophy is to modernize and recycle existing railroad locomotives.

RPS has also developed an emission system to bring existing diesel locomotives to today’s standards and is working on further developments of batteries and power electronics. Even the batteries are recycled, from automotive applications, and can be further used for power storage after their use in locomotives.

999, and the second battery locomotive 1201, will be tested in a rail yard in Orange County before being made available to a regional passenger or industrial user.

“The manufacture of a new locomotive has a huge carbon footprint,” said RPS Chief Technical Officer Dave Cook. “Up to 100 tons of new steel, plastics and copper wiring goes into new construction. We are able to re-use the main components avoiding the production of tons of CO2.”

“Our projects to date have involved 11 local companies as partners and suppliers,” says RPS CEO Ian Stewart. “We have a great knowledge base here in southern California that’s as good as any in Europe or Asia.”