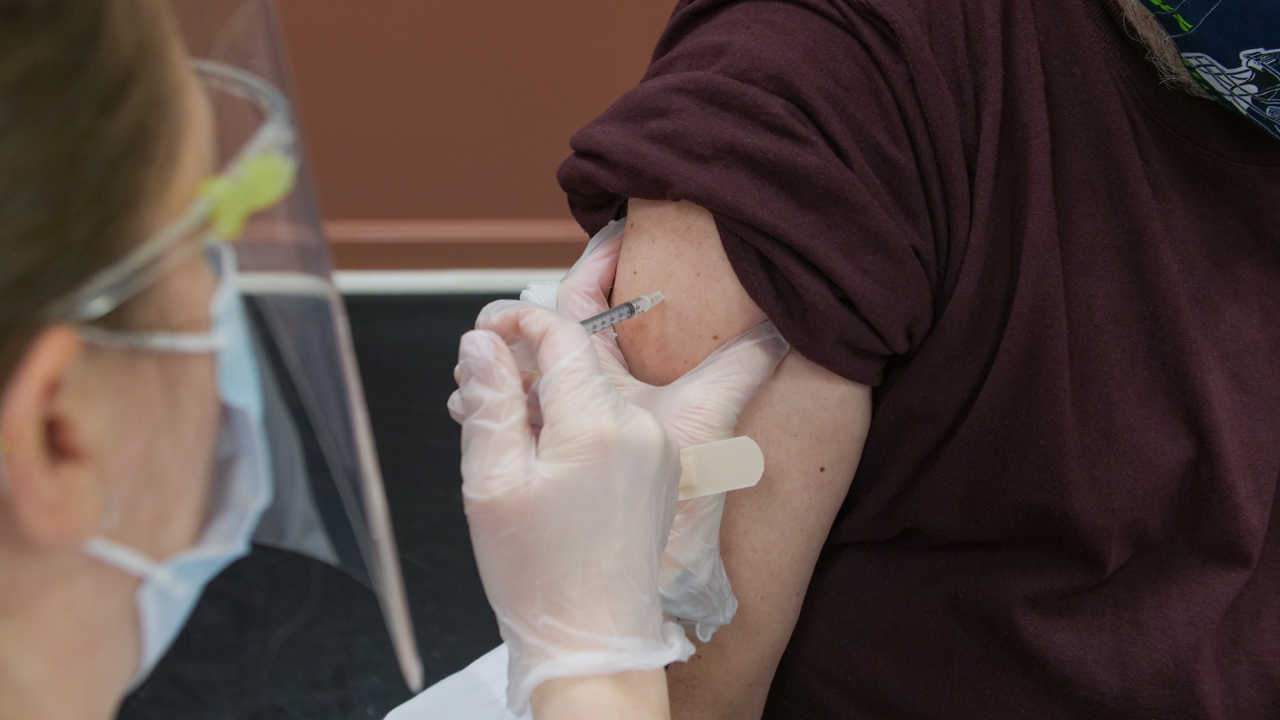 How can we improve public health, a transit provider’s reputation, and the prospect that riders will remain loyal and return when the pandemic is over?

First, let’s take a look at where we are. Because of the COVID-19 virus, transit has gotten a bad reputation lately. There have also been numerous service cuts around the nation, and it appears that even more-severe cuts could be coming. It is happening on Amtrak, too. As if it were not bad enough that shutdowns have caused ridership and revenue to plummet, many in the general public believe that riding transit is risky. While many studies dispute that claim—including an American Public Transportation Association-commissioned study by Sam Schwartz as well as others from Europe and Asia—transit generally (and Amtrak, too), could use a shot in the arm—literally.

Scientists around the world are making progress toward developing more vaccines. Health care workers are already getting their first shots as are residents of nursing homes and similar venues, and people over 75; federal officials have also encouraged states to open up eligibility to everyone 65 and older and to other adults with certain medical conditions. In a few months, though we don’t know exactly when, vaccines will be available to the general public. We can hope that more places will open and transit ridership will increase once that happens.

In the meantime, due largely to “my car is safe and transit isn’t” perception, and the resulting prejudice against transit and its riders, there is a shortage of transit-accessible testing sites. There also appears to be a shortage of transit-accessible vaccination sites (though the federal government is piloting community COVID-19 vaccination centers, two of which will soon open in California).

It is not easy for the millions of American adults who depend on transit for mobility to get to a site where they can get vaccinated. Outside major cities, it is not easy to get to hospitals on transit, because many are located in places where land is plentiful, but transit is not. The doctors affiliated with those hospitals locate their offices near the hospitals, too. So people without automobiles face mobility impediments when attempting to get their shots, or even to get tested for the virus (though some transit agencies are working to make buses available, for instance, and helping riders plan their trips, among other measures).

Putting Transit Stations to Use

Alan Drake, a rail and environmental advocate in New Orleans who also blogs about the progress of the various vaccines, suggested that the Secaucus Junction Station on New Jersey Transit would serve well as a vaccination center. His suggestion makes sense, and it would also make sense to expand his idea to many other Amtrak and major transit facilities around the country. If there is enough room, these facilities could offer testing as well as vaccinations.

First, let’s look at Secaucus Junction Station as a potential vaccination and testing facility. The station was built to link every rail line on NJ Transit’s Newark and Hoboken Divisions. It offers direct train service to Hoboken and two stations in Newark, as well as all lines radiating from those points, which means the entire rail system, except between Atlantic City and Philadelphia. It also has some bus bays for extra connectivity. It also has a lot of room. The rotunda is never crowded, so there should be plenty of room for a screening and registration desk, and for health care personnel to administer tests and shots. There are also rooms that are normally off-limits to the public, but could provide space for vaccine storage, a testing lab, and even office space for administering the testing and vaccination program. With few commuters these days and transit at lower-than-normal levels of ridership, this is the time to press an otherwise-underutilized facility into service toward improving the health of hundreds of thousands of New Jerseyans.

For the public, this plan would provide a convenient location for getting a COVID-19 test, as well as the vaccine. It would be especially convenient for people who depend on transit. There are benefits for NJ Transit, an agency constantly under scrutiny, for offering a potentially lifesaving test and vaccine. It would give its reputation a shot in the arm. It would remind present and former riders that NJ Transit is still around, and that it is using an underutilized facility for the benefit of the public. It would also give potential riders a good reason to get on the train, and take a ride to Secaucus to get their shots. If riders take those trips, they will probably take more, and NJ Transit has an additional way to start winning former riders back.

It would require cooperation with other state stakeholders, such as the Department of Health and maybe some health care providers, but that should not be difficult. Seniors and essential workers are getting priority for vaccines in New Jersey and elsewhere. If NJ Transit acts quickly, it can have a facility ready for them.

There are other places where such a vaccination and testing facility could work. Grand Central Terminal in New York City has plenty of room, for instance, and Metro-North would benefit. Other major train stations and transfer centers for major transit systems could be used. In most of the stations, of course, Amtrak would be part of the picture. Along the Northeast Corridor, this could be done at Union Station in Washington, D.C.; Penn Station in Baltimore; 30th Street Station in Philadelphia; and maybe even the stations in Wilmington, Del., and Trenton, N.J.

Elsewhere, stations in Chicago, Los Angeles, Seattle, and Portland, Ore., are underutilized at the moment, and are served by Amtrak trains and offer local transit nearby. There are other major transfer points for local transit systems that could serve the purpose, even without Amtrak trains being present. They include Five Points in Atlanta, Tower City Center in Cleveland, and the Union Stations in Dallas and Denver (which do host an Amtrak train in each direction three times a week). In Canada, the same could work for Central Station in Montreal, Union Station in Toronto, and Pacific Central Station in Vancouver.

The Metropolitan Atlanta Rapid Transit Authority (MARTA) partneried with DeKalb County to provide a convenient COVID-19 vaccination site at Doraville Station, beginning Feb. 19. Eligible Georgia residents with a verified appointment can now take MARTA or drive to the site, located in the parking deck at Doraville rail station to receive their vaccine from DeKalb County Board of Health medical professionals and volunteers. Georgia remains in Phase 1A+ of the vaccine rollout, which includes healthcare workers, residents and staff of long-term care facilities, adults aged 65 and older and their caregivers, and law enforcement, firefighters, and first responders.

This suggestion would not only improve public health, the transit provider’s reputation, and the prospect that riders will remain loyal to local transit and start riding again when the emergency is over. It could also be implemented at little or no cost. And everybody wins: the transit provider, maybe Amtrak or VIA Rail, and certainly the general public.