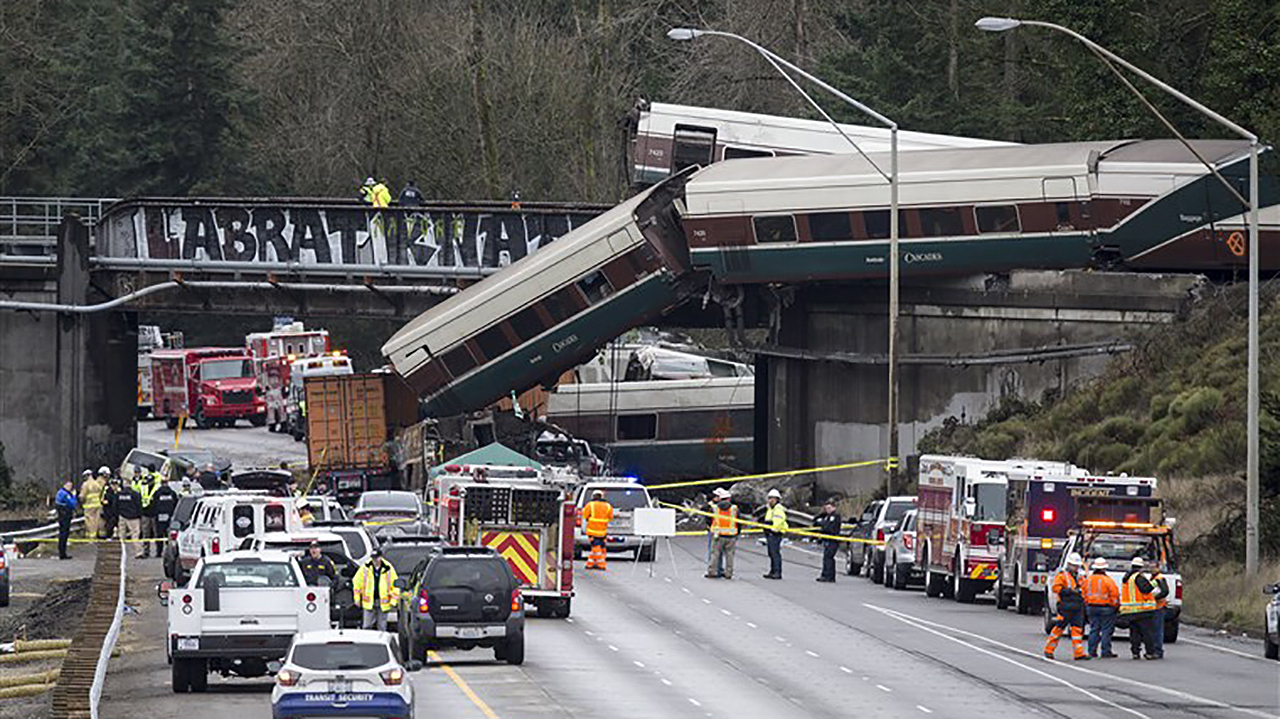 In the wake of the National Transportation Safety Board’s preliminary report on the 2017 Amtrak Cascades train 501 wreck on the Point Defiance bypass near DuPont, Wash., that killed three and injured 57, WSDOT (Washington State DOT) said it “will work with Amtrak to follow the NTSB recommendation to remove the [Cascades service] Talgo Series 6 trainsets from service as soon as possible.”

“Amtrak is working with WSDOT to determine how to address equipment needs moving forward, and how we’ll provide Amtrak Cascades service without the Talgo Series 6 trains,” WSDOT said in a website post. “There are four Talgo Series 6 trainsets currently in service, two sets owned by WSDOT and two sets owned by Amtrak. Evaluating what alternative passenger equipment is available and how scheduled train service in the Pacific Northwest is affected will inform our next steps.”

In question are 52 articulated, passive-tilt Talgo railcars (four 13-car trainsets) that have been in service since 1998. The NTSB said the railcars didn’t adequately protect passengers in the crash, the causes of which NTSB said were training and safety-management failures that led to the derailment. 501 entered a 30-mph curve at 80 mph, derailing on a bridge and sending several cars onto Interstate 5. NTSB noted that the equipment, which does not meet current FRA crashworthiness standards and was permitted to operate through a grandfathering agreement with the FRA, was structurally vulnerable to high-energy derailments or collisions.

Talgo disputes NTSB’s claim that its railcars are unsafe, and said the Board ignored technical information it provided.

“Talgo has been servicing the Cascades Corridor for more than 20 years with an impeccable safety record thanks to the nature of its technology,” Talgo Vice President Business Development and Public Affairs Nora Friend told the Seattle Times. “Talgo’s expert analysis differs from the speculation of the NTSB staff, and we stand behind Talgo’s crashworthiness and safety record worldwide.” Crash forces in 501’s wreck were far greater than what any passenger railcar could withstand, she said.

Replacing the four trainsets would cost $100 million, WSDOT rail division spokeswoman Janet Matkin told the Seattle Times. She said the state was planning a 2025 procurement for new equipment, and will now move the schedule up.