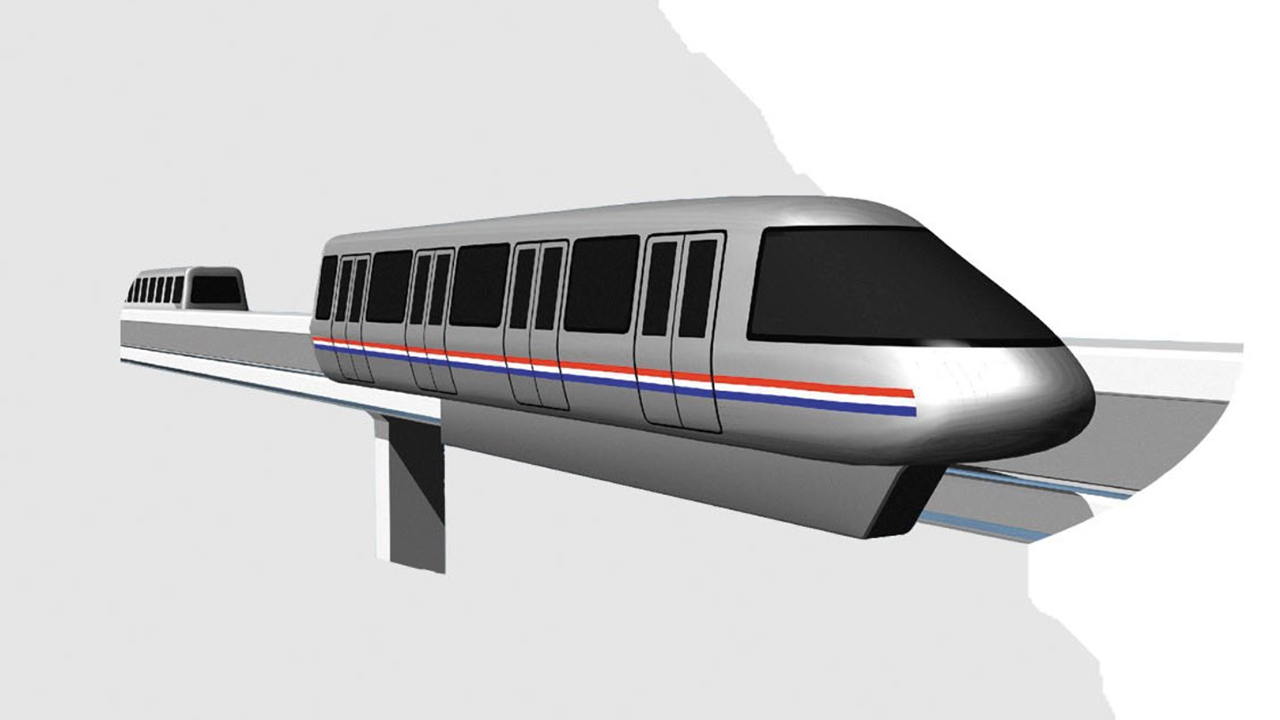 Railway Editor-in-Chief William C. Vantuono’s “From the Editor” about high-speed rail in America asking “Why is High-Speed Rail Such a Heavy Lift?” compelled me to put together some possible answers to the question. And to those I have added some other “fresh” ideas that people in the rail industry may not have seen in other places. First, some observations.

If you travel in Europe, you see that the people primarily walk, ride bicycles or take transit. Most of them don’t have cars; they are too expensive because of high taxes. Most Americans who want cars have them. Most Europeans and Asians can’t afford them. Hanoi and Saigon in Vietnam, with their “free” heavy rail transit lines from Japan and China, are still just big blocks of concrete since Japan and China can’t afford to finish them 20 years later. Japan and China subsidize their intercity travel, and it’s the same with American intercity travel. In America we have cars and marginally affordable fuel, but the high cost high-speed rail (HSR) of using European and Japanese technology is unaffordable, even to Americans without similar huge government subsidies. Communist China seems to have widespread HSR only because it can tax their people to get “showboat” systems in China.

In America, it seems that we will have HSR only when government finally taxes us out of our cars and the government has our “car money” to pay for it. But we don’t need showboat systems. What we need are our own efficient and affordable American commercial systems provided by free private businesses. Otherwise, we will have to allow the government to tax us much more to pay for their one-word solution, “subsidies”.

Enough subsidy to pay for American HSR is just not available unless the U.S. becomes Socialist and over-taxed like the countries that have HSR. However, affordable help is on the way—not from China, Germany, Japan, France, etc., but from America. We can’t continue using the same old passenger and freight ideas of the 1800s in a new era and get newer and better results. But we can make a lot of money by innovating.

Background: I am an engineer (still working) with 67 years’ experience in engineering of aircraft, buildings’ systems and transit, have been registered in eight states (Georgia remains) and hold degrees in Mechanical Engineering from Auburn University and Systems Analysis (Operations Research) management techniques from a three-year Master’s degree program at George Washington University. I believe that the current American high-speed passenger rail business is one that needs serious innovation. Here’s what I mean.

Below are some suggestions of how we can move into high-speed passenger service and get more rail profits, again using rail industry services, switching from unpleasant air travel experiences, and in some cases even slower air travel trip times. If we don’t, the passenger rail industry will continue to remain unchanged, leading to missed rail profits, and those missed rail profits will inhibit introduction of more HSR in America. Amtrak is the only semi-HSR operator in the U.S., and they have much slower service times than the foreign ones. They too need to innovate.

Here are some examples of needed basic rail innovation in America that Owen Transit Group, Inc. (OTG) has developed:

Our investigation showed that American passenger railroads are way behind the rest of the developed world in HSR and transit. Amtrak is dismally slow. We can overcome them with innovation.

OTG is finally presenting its resulting new 343-mile transit engineering and management methods to the FTA for use as “HighRoad” in Atlanta. It is a sister technology of OTG’s Silver Bullet HSR system, the primary solution we suggest for HSR. The construction team has already been assembled for Atlanta. By only making small changes to HighRoad vehicles and controls programming, they can operate at much higher speeds as HSR.

The Silver Bullet innovations are planned to reverse our nation’s inability to develop affordable and effective high-speed passenger rail. The hard engineering work is already completed. But without giving away all the details, here is some of what this HSR technology offers.

Although I began my design and management career early in supersonic aircraft design and later in passenger jet certification matters with the FAA, and then in modern program cost-estimating, OTG, Inc. is now applying that 20stCentury experience to HSRin the 21st Century by studying American rail companies’ bottom lines and finding some outdated technology.

Example: OTG made a study of the published costs of a proposed 240-mile HSR line that uses Japanese Shinkansen technology, about $60-$65 million per mile or about $15 billion total. We estimated the lower costs of our Silver Bullet HSR system on the same route and came up with a cost of about $42-$45 million per mile or about $10 billion total for a faster and lower-cost passenger result. This difference may be blamed on others not being aware of the Silver Bullet technology being ready for use in America. It wasn’t available when they began their work and the older technology was the best option. But Silver Bullet will soon be available through licensing of OTG’s technology and use of its high-speed vehicles. The cost difference of the systems shows us there is room for stronger railroad profits.

A similar advantage of HighRoad transit over heavy rail and BRT (bus rapid transit) shows that transit also is a market calling for these new ideas across the world, but that is the subject of another article for a city transit market audience.

We haven’t built either the HighRoad or Silver Bullet systems yet, and although we have assembled the design and construction team and completed our preliminary engineering and business designs for the systems, the politicians and old-technology advocates are wary. To reduce that concern, we are using the same methods for design and cost estimating that I (while at Lockheed) and others did at Boeing while supplying advanced technology aircraft to the Air Force. We engineered it, validated it by mathematics and qualification by USAF engineering and financial experts (similar to railroad engineers and financial experts), priced it out, sold it, and only then did we build it, and then taught our customers how to maintain it. We will do the same for this new market.

Here are the basic financing details arranged by OTG and the FTA for paying for the Atlanta HighRoad transit project. It applies also to the Silver Bullet. We received helpful input from the FTA in Washington and then presented our proposal to its Atlanta office (download below). Final success will be subject to acceptance by the politicians of the Atlanta region. The plan requires that federal and state taxes from the project’s construction are to be returned immediately to the project (about 34.5% of all the money needed) instead of being granted to other projects, called “recycling.” The contractor will provide 7.5% as the PPP member. And the FTA will provide guarantees for the balance through TIFIA and RRIF revenue bonds (58%) paid for from system future earnings.

The same method of financing the Silver Bullet can be used anywhere in the U.S.; only the amounts will change according to local construction costs. Other countries will need a little more creative analysis and different governments’ financial cooperation. The OTG plan for American financing is a sharp turn from the old practice of dumping federal money into systems that always need more. When rail companies look at this engineering and financing plan, they will immediately see the opportunities, and will fully understand why Mr. Vantuono asked the question, “Why is High-Speed Rail Such a Heavy Lift?”

The Silver Bullet and HighRoad systems are expected to be profitable, with only their profit used to maintain and expand them, without subsidies. Such privately operated systems with better technology can produce higher profits needing less federal intervention.

Our next step with HighRoad transit is to get acceptance from one of the 20 Atlanta region counties or tax districts. Our next step with Silver Bullet HSR is to find out who wants it and determine what the technology can do for that prospective user. It’s all very interesting to us, and we’d like to find out how we can help.

Looking ahead, we are also working on a similar design for an elevated, automated containerized freight rail system that we expect will operate at 150 mph. The guideway (elevated tracks) will have capacity for moving 2,000 intermodal 40- and 50-foot freight containers per day (in 2 directions) to and from shipping ports or assembly areas 24 hours a day, mostly handled with automation. Has the railroad industry come up with anything like this? They can partner with us and benefit from this work now and eventually answer another question, “Why is arriving and departing overseas container freight so slow in being distributed and collected throughout the U.S.?”

Our job as engineers and innovators is to help the railroads and Amtrak move their passengers and freight faster and at more profit. It’s time to go to work, doing the “heavy lifting” America needs.