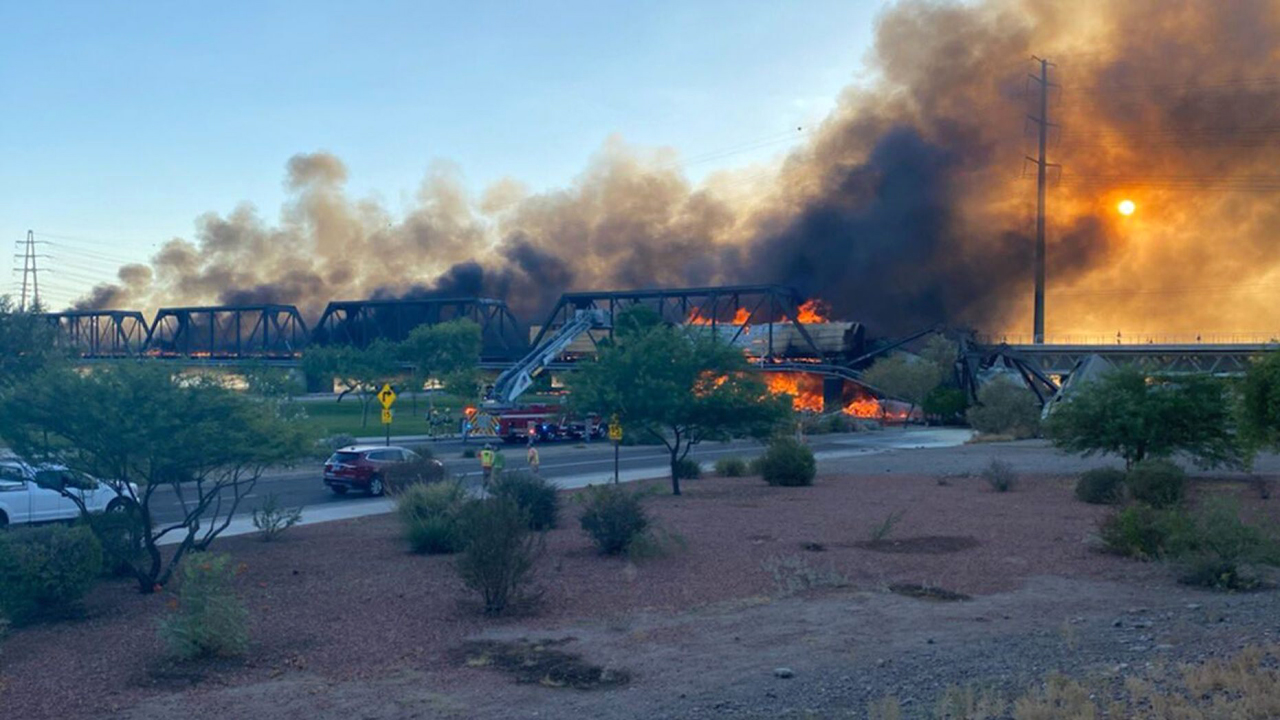 A Union Pacific train derailed early in the morning of July 29 on the south end of the railroad’s 108-year-old Salt River Bridge over Tempe Town Lake, Ariz. Up to 10 cars derailed, causing a section of the bridge to collapse. Several cars caught fire.

“At around 6:15 a.m. PT, July 29, a Union Pacific mixed freight train derailed on a bridge in Tempe, Ariz.,” UP said in a statement to Railway Age. “Eight to 10 railcars were on fire. The south side of the bridge collapsed and railcars fell into an empty park below. The bridge received its annual inspection July 9, 2020. The Phoenix Fire Department is on the scene. One person was treated for smoke inhalation. The train crew is uninjured. Three tank cars were on the ground under the bridge. Two contained cyclohexanone; one contained a rubber material. None are reported leaking, and no tank cars were involved in the fire. The cause of the derailment is under investigation.”

According to the City of Tempe, The Salt River Union Pacific Bridge was first built in 1912, and has survived floods that destroyed three other truss bridges in the same location.

Local transit agency Valley Metro said light rail service was delayed in the area, as its line through Tempe runs next to the UP bridge. Buses were deployed to move passengers around the fire.

This was the second derailment on the Salt River Bridge in the space of about a month. Around 4 p.m. on June 26, a Union Pacific train derailed about 12 cars on the bridge, damaging rail and bridge ties. The line reopened on the early morning of June 28, according to a UP spokesperson. Union Pacific did not say whether the June 26 incident had any connection to the July 29 derailment.