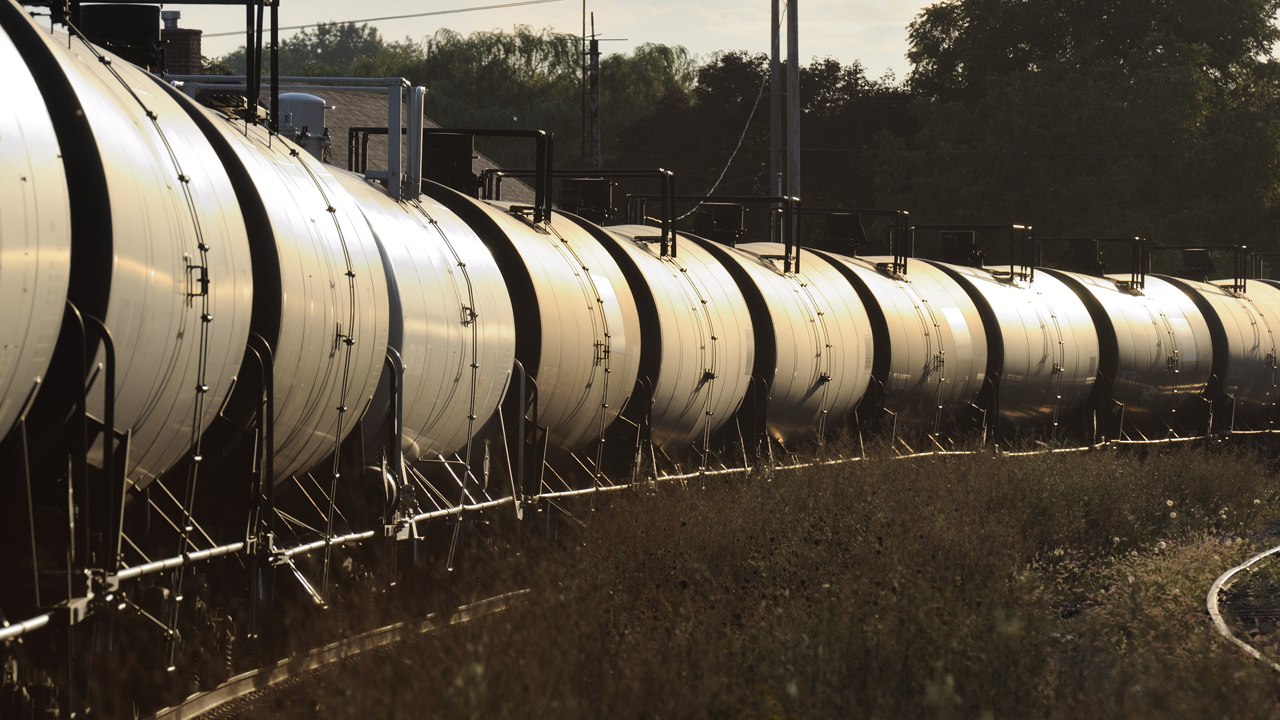 RAILWAY AGE, FEBRUARY 2020 ISSUE: On Jan. 1, 2020, Association of American Railroads (AAR) revisions to the requirements in Appendix B of AAR Manual of Standards and Recommended Practices (MSRP), Section C-III Specifications for Tank Cars (M-1002) and related changes to certain Chapter 1 definitions officially went into effect for the tank car industry (hereafter, “Appendix B”). These revisions were proposed Nov. 22, 2019, in Casualty Prevention Circular (CPC) 1353 and finalized on Dec. 20, 2019, in CPC-1354.

CPC-1354 revises the tank car facility certification requirements for companies that manufacture tank car closures, fittings and fittings assemblies, and any protective coatings applied to them, including any of the sub-processes that go into the manufacture of these components. The revisions to Appendix B ultimately adopted by the AAR are substantially different from the revisions that AAR originally planned to implement Jan. 1, 2020, identified in CPC-1338 and issued on Oct. 24, 2018.

As explained in more detail below, the final Appendix B revisions that went into effect on Jan. 1 fit more logically with the needs of improving safety and efficiency in the industry. Had AAR revised Appendix B as proposed in CPC-1338, the industry would have faced a significant increase in the cost of rail transportation and increasingly complicated and onerous AAR facility certification requirements.

During the past three years, the entire tank car industry has experienced uncertainty and confusion related to the expansion of the scope of the term “tank car facility,” and the applicability of federal and AAR tank car requirements to facilities in the tank car component supply chain. As noted above, on Oct. 24, 2018, and in response to United States Department of Transportation (DOT) guidance articulating an overly broad interpretation of the term “tank car facility,” the AAR finalized revisions to the technical certification requirements identified in Appendix B of the AAR MSRP and revised key definitions in Chapter 1 of the AAR MSRP to support the revisions to the Appendix B activity codes. Since then, Salco Products, along with its industry partners, have been working vigorously to modify the proposed Appendix B revisions.

During the development of the proposed revisions to Appendix by the AAR Tank Car Committee Appendix B Task Force, two primary controversial issues emerged: (1) new subcontracting provisions for closures, fittings and fittings assemblies that would require suppliers of items that are bolted to the car and have no moving parts to obtain AAR facility certification, thus requiring that the entire closure manufacturing process be performed by an AAR-certified facility; and (2) requirements that shipper facilities carrying out pre-trip maintenance would also need to become AAR-certified facilities to continue performing minor pre-trip repairs required by federal regulations in 49 C.F.R. 173.31(d).

Recognizing the devastating effect these rules would have if implemented, several members of the Appendix B Task Force, including Salco Products, submitted a minority report (Appendix B Dissenting Report, T91.2.4, Task Force proposal, dated March 28, 2018) disagreeing with the Task Force’s direction on these items and other issues. Despite comments filed in opposition to this expansion of Appendix B, the proposed revisions were approved in October 2018 by the Tank Car Committee, where the Class I railroads hold the voting majority.

As adopted in 2018, the proposed revisions to Appendix B would have expanded AAR facility certification (i.e., M-1002 and M-1003 certification) to manufacturers of all tank car components, including closures and fittings, and imposed arbitrary constraints and limits around subcontracting of any service that went into the manufacturing process for those tank car components. Such an expansion would have forced small, loyal suppliers who have provided components to the tank car industry for years without a quality issue to invest a considerable amount of resources to obtain both an AAR M-1002 (Technical) and M-1003 (Quality Assurance) certification.

The majority of these suppliers already maintain quality certifications within their businesses, such as internationally recognized ISO 9000 quality assurance certifications that fit more appropriately with their overall business than the separate AAR certification.

Findings from a report published by the expert economic consulting firm GRA, Inc. in July 2019 indicated that developing and maintaining two quality assurance certifications would likely cause many component suppliers to exit the tank car supply chain due to the costs associated with obtaining and maintaining dual quality assurance certifications. Many suppliers were concerned about the business case for developing a separate AAR-approved quality program if a company simply formed a plate, drilled holes or burned a shape from a plate where there had been no quality or safety benefit articulated by DOT or AAR. In its report, GRA indicated that if Appendix B revisions were to be implemented as proposed in 2018, an estimated 2/3 of the approximately 150 existing suppliers would have exited the rail component supply industry rather than undergo AAR certification, severely impacting the supply chain and driving up material costs.

These proposed new AAR certification requirements would also have applied to rail shippers, who up until this point had been able to perform basic repair functions such as eyebolt and rupture disc replacement as part of their loading and unloading process, in compliance with federal requirement (49 C.F.R. 173.31(d) Examination Before Shipment). Under the 2018 proposed Appendix B revisions, shippers would have been limited to using certified mobile units to perform these basic and standard functions during their loading process if they lacked an AAR-facility certification. The cost of hiring a third party to perform such repairs, and the massive delays in operations that would have ensued while waiting for these basic functions to be completed, would have adversely impacted tank car deliveries and imposed additional costs across the industry.

Over the past two years, Salco Products (now part of SCI Rail Holdings LLC) had pushed back against this unwarranted expansion of the term “tank car facility,” and worked closely with the Railway Supply Institute (RSI), shippers and tank car manufacturers to restore the scope of this term to its original meaning, consistent with existing federal regulations. One critical step was urging DOT to rescind and replace earlier federal guidance that expanded the term “tank car facility” to all component manufacturers. In engaging with DOT, Salco, together with its industry partners, emphasized the absence of data demonstrating a safety or quality issue that would justify DOT’s expansive interpretation and the agency’s application of the tank car facility requirements (including AAR-facility certification) to manufacturers of closures and fittings.

Salco Products was proud to have been one of the leaders in the effort to prevent the expansion of the “tank car facility” requirements and the needless expansion of AAR-facility certification requirements. Thousands of hours were invested by Salco Products and others in countless meetings and legislative advocacy trips to Washington, D.C., to meet with DOT personnel. In addition, Salco hosted Illinois Congressman Dan Lipinski at its corporate facility in Lemont, Ill., to keep him informed of this advocacy effort and the potential adverse impacts for the industry.

As Chairman of the Subcommittee on Railroads, Pipelines and Hazardous Materials for the House Committee on Transportation and Infrastructure, Lipinski was receptive to meeting with Salco and its industry partners to discuss these challenges. He, with Ranking Member, Congressman Rick Crawford, responded to our concerns with a bi-partisan letter to the Federal Railroad Administration (FRA) and Pipeline and Hazardous Materials Safety Administration (PHMSA) inquiring about the scope of the term “tank car facility” and urging DOT to provide clarify before the Jan. 1, 2020, implementation date.

In response to this revised guidance from DOT, AAR initiated an effort to modify its proposed changes to Appendix B. In doing so, AAR, among other things, eliminated facility certification requirements for manufacturers and assemblers of closures and fittings, including the elimination of facility certification for companies that provide related manufacturing processes. It also did away with arbitrary subcontracting constraints. This culminated in the issuance of CPC-1354 and represents a huge victory for the entire industry. These changes improve safety by applying a risk-based approach to facility certification, ensuring that certified tank car manufacturing and repair facilities remain accountable for tank car component quality assurance.

Throughout this long battle, what is not well-known is that many of the changes to Appendix B have enjoyed unanimous industry support since they were first proposed by the AAR-TCC Task Force. In fact, roughly 85% of the proposed Appendix B revisions were largely untouched throughout the process. Improving the safety of rail transportation has always been a priority for the industry. We are able to achieve this goal when regulators and industry stakeholders work collaboratively to modify and improve the requirements for the tank car industry.

Salco Products is proud to be an industry leader, working with the RSI and other industry stakeholders on these critical issues. We are committed to producing quality products for our customers and will continue to advocate for fair and logical rules that promote safety without imposing unwarranted business disruption and costs.