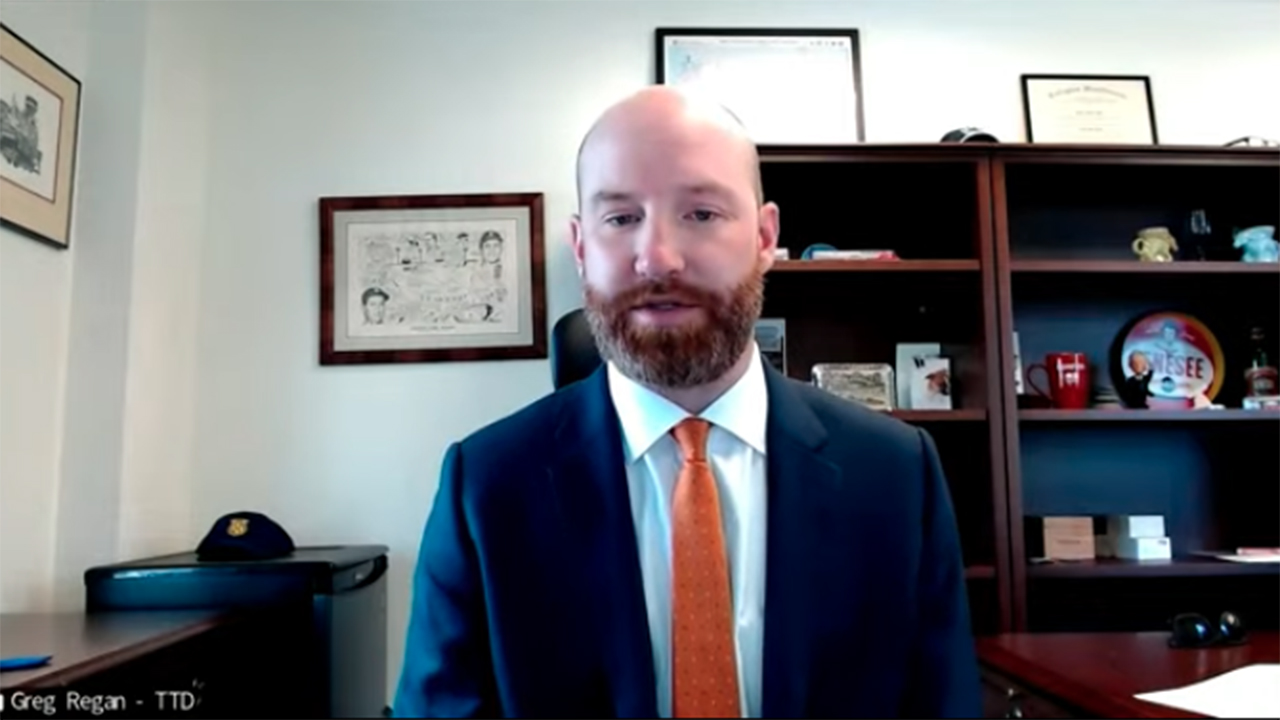 The 37-union-affiliate Transportation Trades Department, AFL-CIO (TTD) on July 1 sent a letter to the Surface Transportation Board in response to the agency’s “information collection request” regarding Class I railroad reporting requirements. The letter, signed by TTD President Greg Regan, asks the STB to further increase the already stepped-up reporting requirements to include additional employment data.

As discussed below, while TTD strongly supports the new reporting requirements set forth in the STB decision, TTD requests that additional information be required from Class I railroads to better understand the current rail service conditions and the impact employment decisions are having. Specifically, we request: a narrative description of employment data, employment data reported by craft in addition to job families, and data regarding specific causes for separation.

The STB is proposing reporting requirements for Class I railroads that would include specific performance metrics as well as employment data. These requirements were included in the STB’s recent decision regarding Service Emergency Orders due to an alarming and unmitigated decline in service and working conditions caused by the railroads’ decisions since 2015 to lay off approximately 30% of their workforce in order to maximize short-term profits, instead of prioritizing workforce investments that would ensure the long-term viability of the railroad system. However, the deteriorating rail service conditions necessitate additional data collection in order to identify the root causes of the current service problems.

Despite the STB’s repeated efforts over the past few years to constructively work with the Class I railroads to overcome the challenges to this country’s rail network caused by the Class I railroads’ own decisions, we still face an ongoing crisis. As Vice-Chair Robert Primus indicated in the STB’s April 2022 “Urgent Issues in Freight Rail Service” hearing, it is important that “we don’t keep going on roller coaster rides every few years so we are riding high one time and then we cut and then next you know we are in a valley struggling to get out of it.”

Just last week, BNSF announced it was limiting inbound service to California until the end of July because of congestion issues. The Class I CEOs have admitted that their current level of service is not meeting their own standards despite years of opportunity and copious offers of help from the STB to fix things. The Class I railroads have not been able to fix the mess they have created and it is clear that more action is required from the STB. Proper data is the first step to inform these necessary actions.

In order to better understand deteriorating rail service and working conditions, TTD requests that the STB expand reporting requirements for the Class I railroads to include a narrative description of employment data, employment data reported by craft in addition to job families, and data regarding specific causes for separation. This information will provide a more holistic view of employment at each Class I railroad, allowing the STB, workers, and the public to better understand why service disruptions have occurred and will continue to occur until these problems are resolved.

Further, the STB should require the Class I’s to also include in this monthly report:

1. The number of employees working in active service in each craft within categories 300, 400, 500, and 600.
2. Specific separation data (resignations, retirements, dismissals, etc.) to include breakouts by craft, work location, and specific reasons for separation.
3. Tenure at time of separation, broken out by craft and year hired.
4. A narrative description of the data and trends in the monthly reports.

This additional information will provide the STB with additional data that is necessary to understand the root causes of—and take the needed action to address—this continuing crisis. The expansion of reporting will also provide an additional level of public accountability that is necessary to ensure that workers and the public accurately understand what actions the Class I’s are taking to address the unprecedented workforce reductions they implemented. For example, in the five years prior to the pandemic the Class I’s enacted drastic reductions to their Train and Engine (T&E) workforces. Specifically, BNSF cut 27%, Norfolk Southern cut 24%, Union Pacific cut 32%, and CSX cut 43% of these workers during this time period.

Another important issue the STB highlighted in its April hearing is worker retention. While the Class I railroads have been ironically complaining about their inability to hire workers after their widespread layoffs, they also have been implementing policies that worsen working conditions for existing workers and make these jobs less attractive for potential workers.

Many of the employees that the Class I’s eliminated had decades of institutional knowledge, skills, and experience that are not easily replaced. It is difficult to replace experienced workers when job conditions have worsened—the industry does itself no favors by imposing working conditions that make it much harder to retain new workers. Nothing is gained if the new workers that the Class I railroads hire leave within a short amount of time because of the unnecessary and draconian hardships of the job. In the past, many railroad workers stayed in the industry for decades, but we believe that there is notable worker attrition in the industry at the moment because of policies implemented by the Class I’s such as BNSF’s new Hi-Viz policy. Therefore, we urge the STB to require the railroads to report specific data on worker retention and attrition, especially for new hires. This data would allow the STB to understand the current extent of worker retention and attrition, the role that the Class I’s workplace policies are playing in that attrition, and the effect that worker attrition is having on the railroad network and freight rail service.

As we have stated before, there is no shortage of ready and willing workers in this country. That is a myth compounded by the reality that employers are driving working people away from jobs by constantly attacking wages and good benefits, requiring increasingly difficult and grueling work schedules, and—as is the case of the Class I’s—outright elimination of positions. Enhanced data reporting is necessary to allow the STB to correctly diagnose and address the problems that the Class I railroads’ decision to eliminate so many positions has caused. As STB has indicated, the current service challenges have existed for many years. The harm that these challenges have caused to the rail network and rail shippers that warranted this emergency action has the potential to continue beyond the six-month period that the STB has proposed these reporting requirements. As such, TTD urges STB to evaluate the usefulness of data gathered under this collection to be in a position to possibly extend reporting periods should the circumstances warrant such an extension.

We appreciate the opportunity to comment on this information collection and look forward to working with STB in the future on this matter.