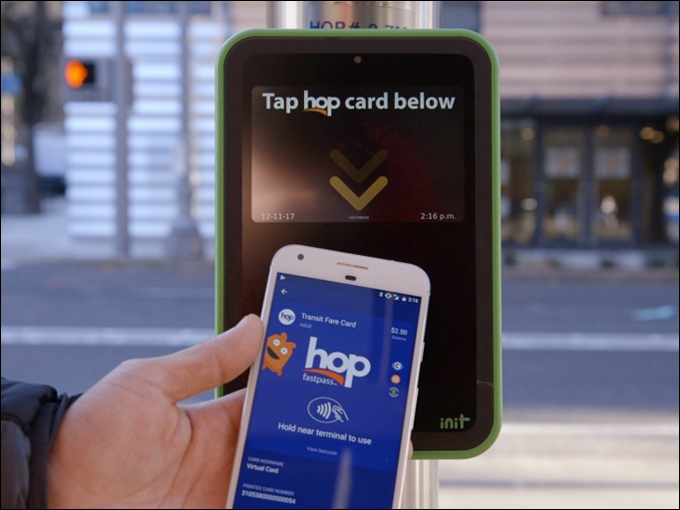 Portland’s TriMet and Google will begin beta testing of the Hop Fastpass™ as the first virtual transit card available in Android Pay starting in early 2018.

Hop also marks the first mobile wallet partnership for TriMet. Testing for this integration will start later this month.

A select group of TriMet, C-TRAN, and Portland Streetcar beta testers will be able to load a virtual Hop card into Android Pay, enabling them to pay for fares with a tap of their phones and receive all the benefits of a physical Hop card.

The current program limits Hop to an adult fare. The beta includes youth, honored citizen or adult fares, online reload or via auto-reload. Also, once the cost of a day/monthly pass is reached, the rest of the rides for that period are free.

The beta testers will download the Hop Fastpass mobile app from the Google Play store. Within the mobile app, they can then purchase a Virtual Hop card for fare, load a balance to the card, either with a one-time transaction or by registering the virtual card, linking it to a bankcard and selecting auto-pay. Once linked, Android Pay users can tap for every ride and enjoy the same daily and monthly savings that physical Hop card users get.

Hop is a regional account-based, electronic fare system. Users electronically pay their fare by tapping a card or phone against a reader to ride TriMet, C-TRAN and Portland Streetcar. The system automatically deducts the cost of the ride from the user’s balance. Taking two trips more than 2½ hours apart in one day earns the customer a day pass.

Card readers are available at TriMet MAX, WES or C-TRAN Vine station or on board a TriMet bus, C-TRAN bus or Portland Streetcar.