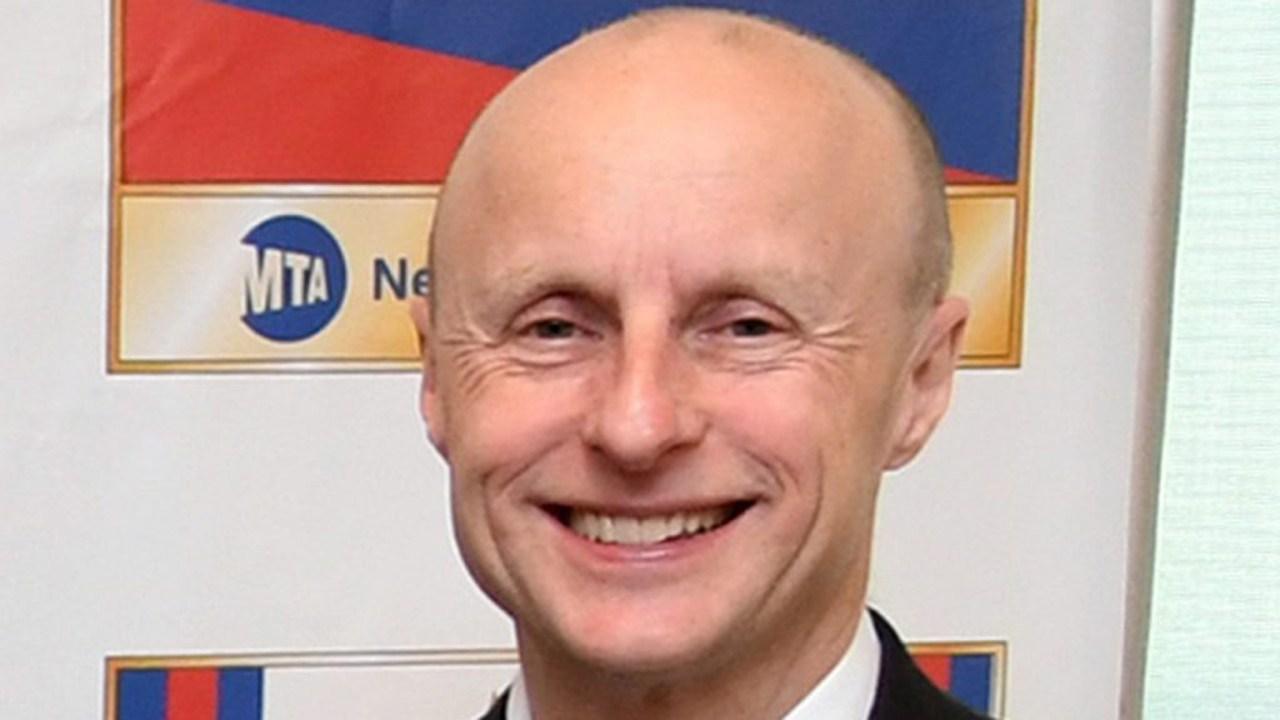 Andy Byford during his two-year tenure as NYCT President.

Transport for London (TfL) Commissioner Andy Byford will leave the authority at the end of October. He will be replaced on an interim basis by current Chief Operating Officer Andy Lord. Byford, nicknamed “Train Daddy” when he was President of MTA New York City Transit, confirmed that he will return to the U.S. upon leaving TfL.

TfL said Byford has achieved the priorities he set on joining the organization from NYCT in June 2020, opening the new Elizabeth Line without any further delay and leading TfL out of the financial crisis caused by the pandemic. The Elizabeth Line was opened successfully by the late Queen Elizabeth II on May 24, and full Reading and Heathrow – Shenfield/Abbey Wood service will commence on Nov. 6.

TfL received about US$6.5 billion in government support during the pandemic. And after months of protracted negotiations, TfL reached a long-term financing agreement with the British government on Aug. 31 that guarantees passenger revenue until March 2024. TfL has also agreed to additional support from the London Authority.

Byford, 54, has overseen the creation of a new operational structure at TfL and the introduction of a new TfL vision. The agency said it is focused on winning back customers, supporting the city’s economic recovery, and helping to build a greener city with sustainable transport at its center. “The opening of the Elizabeth Line was, without doubt, the highlight of my career—made truly poignant as it was one of the last major events attended by Her Majesty the Queen,” Byford said. “It was an honor to meet her, and an honor to oversee the transport arrangements for the ceremonial events to mark her passing. With a longer-term financial settlement with government now in place, I can now leave with TfL set fair to move positively into the future—supporting London’s recovery from the pandemic and truly becoming the green heartbeat of the city.”

Where in the U.S. Byford will resume his 33-year rail transit career, which has included stints at the Toronto Transit Commission, and in Sydney, Australia, is a matter of speculation. MTA board member Andrew Albert told the New York Post that “New York could benefit from Byford’s presence, though maybe in a different role since his old job is taken. ‘He is coming to the U.S., that’s a great sign,’ Albert said. ‘We all loved it when he was here. I don’t want to take anything away from [current NYCT President] Rich Davey, who I think is doing a fine job.’”

But Byford, in an internal memo to Tfl staff obtained by Railway Age, said he is essentially finished with working for a public transportation agency. “After much deliberation, I want to end my public service on a high,” he said. “Transport jobs don’t come any bigger than Commissioner of TfL, the largest integrated transport company in the world. With TfL’s immediate future secured, with the Elizabeth Line open, Bond Street opening imminent and the next phase of line opening in the bag, I want to now bow out and resume my life in the U.S. with my wife, who is from North America. I will leave you in the very capable hands of Andy Lord.”

Byford’s considerable talents will undoubtedly be up for grabs by the engineering/consulting and rail supply communities.

Byford’s two-year tenure at NYCT, which ended on Jan. 23, 2020 when he resigned his post, saw some major accomplishments, and he won the affections of many New York transit users with his genteel manners and hands-on approach. But eventually, his relationship with now-disgraced former New York Governor Andrew Cuomo—well-known for micromanagement and shuffling deck chairs, combined with a massive ego—soured. According to a Jan. 24, 2020 report in The New York Times, he had considered resigning as early as spring 2019 as he struggled to get along with Cuomo, who controlled MTA funding and took charge of key appointments such as the MTA chairmanship. Cuomo was “angry” after Byford tried to resign in October 2019, according to MTA officials who spoke with The Times on the condition of anonymity to discuss personnel issues. Byford’s superiors convinced him to stay, “but the détente did not last long.” Cuomo told state officials that his relationship with Byford had reached its end point, and that he expected Byford to resign by first-quarter of 2020. Cuomo dismissed claims that disagreements with him led Byford to resign, “indicating that plans to reorganize the transit agency—and take some responsibilities away from Byford—might have contributed to his decision, the Times reported. “He did the job for two years,” Cuomo told reporters. “Nobody does these jobs for a lifetime.”

That statement proved to be a self-fulfilling prophesy: Cuomo resigned in disgrace as governor in 2021 following a sexual misconduct scandal and has mostly disappeared from public life.

Andy Lord joined TfL in November 2019 as Managing Director of London Underground and became COO earlier this year. Lord led TfL’s operational response to the COVID-19 pandemic and has been responsible for the safe and reliable introduction of Elizabeth Line services as well as the Northern Line extension, the upgraded Bank station, the London Overground extension to Barking Riverside and the completion of the introduction of CBTC on the Circle Line. He joined TfL following nearly 30 years in the commercial aviation sector.

“I’m grateful to Andy Lord for stepping into the role of Interim Transport Commissioner,” said London Mayor Sadiq Khan. “Andy brings with him a wealth of experience and commitment to leading our city’s public transport network, and the recruitment for the new permanent Commissioner will commence shortly.”