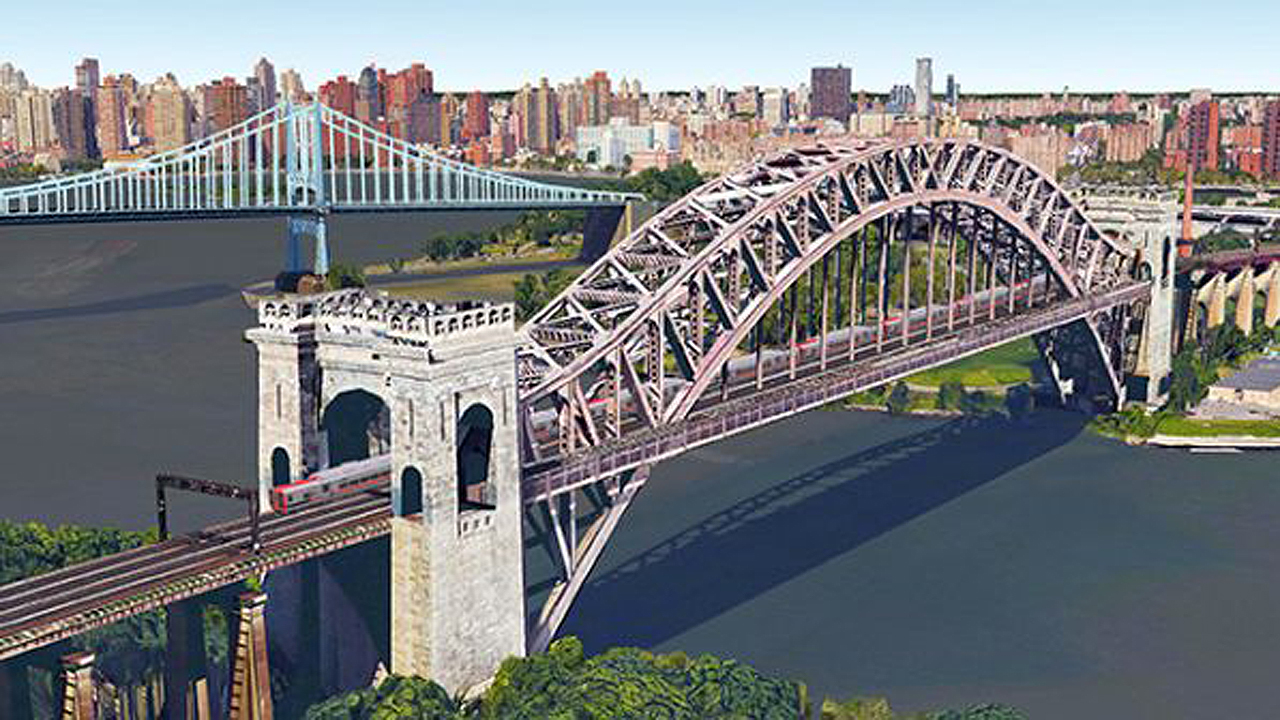 The MTA’s $51 billion 2020-2024 Five Year Capital Plan is just a down payment to accomplish reaching a state of good repair. It will take the MTA up to 35 years before each operating agency comes close to reaching 100% SOGR for each of these key categories. Let’s make sure we have safe, reliable service for the current system before expansion.

Few elected officials or transit agency heads will tell you what their priorities are for various multi-billion-dollar expansion projects. They are competing against each other for the same sources of New York City, New York State, MTA, Port Authority of New York & New Jersey and federal funding, which usually comes from the Federal Transit Administration. In some cases, depending upon project scope, funding could also come from the Federal Highway Administration or Federal Aviation Administration.

It is naive to believe that all projects will see the light of day. When it comes to public transportation needs, customers continue to be left empty handed, with no real firm financial commitments. That’s because most elected officials fail to provide specific information on how they will come up with funding to implement the major transportation projects they love to tout. The same is true in many cases for potential transportation agency sponsors. Virtually no one will tell you what their priorities are.

The MTA, New York City Department of Transportation, New York State Department of Transportation, Port Authority of New York & New Jersey, New Jersey Transit, Federal Transit Administration, Federal Highway Administration, Federal Railroad Administration and Amtrak are all potential funding partners for many projects, far too many of which are concepts or recommendations from a recent planning study, or in some cases undergoing the environmental review process. Few have advanced into final design and engineering. Too many have no realistic implementation schedules or approved funding to progress from design and engineering to construction. Estimated costs as a result of a planning feasibility study are seldom a reliable indicator of what the final cost will be at completion of construction and opening of revenue service.

Too many projects are still in the conceptual planning stage. Cost estimates change. Few project environmental reviews have been completed, and there are many unanswered questions: Will the environmental review process follow the State Environmental Quality Uniform Act or National Environmental Protect Act (NEPA)? Following NEPA is mandatory to be eligible for FTA funding. History has shown that estimated costs for construction usually trend upwards as projects mature toward completion of final design, which refines the detailed scope of work necessary to support construction. Costs are further refined by award of construction contracts, followed by any unforeseen site conditions and change orders to the base contracts during the construction phase.

The final potential cost can never be known until reaching beneficial use, acceptance of maintenance manuals for the physical assets, inspection and acceptance, and completion of all contract punch list items, followed by release of retainage and final payment to the vendor(s).

Everyone has their own pet project, which they believe should be first to be funded. What people forget is that their neighbor may have different priorities. Consider the following projects, each of which has their own advocates or constituencies who believe that theirs is the best to go forward and fund first. All of this adds up to a staggering $104 billion:

• The $2 billion LaGuardia Air Train is in the environmental review process. A positive NEPA finding is anticipated from FAA in 2021. Most funding has been secured within the current Port Authority Capital Budget. However, this $36 billion 2016-2026 Ten Year Capital Plan faces a multi-billion-dollar shortfall.

• The $2 billion Kennedy Airport One Seat Ride has been the subject of previous planning studies going back decades.

• The program plan to implement federally mandated Positive Train Control on the LIRR and Metro-North is in danger of failure to reach 100% completion by Dec. 31, 2020. This could result in significant FRA fines. The MTA needs to pay back a $1 billion FRA loan for this project.

• New York City still needs to come up with $200 million to reimburse the MTA for the Fare Equity $2.75 LIRR or Metro-North ride program. These dollars are needed to cover costs for the LIRR Port Washington Branch, other lines in Queens. and Metro-North riders for full implementation. This would include access to both Penn Station and Grand Central Terminal for all New York City residents.

• Amtrak’s $29 billion Gateway Program needs up to $14 billion from the FTA, along with $7 billion from New York State and $7 billion from New Jersey to support an FTA New Starts Full Funding Agreement (FFGA). The project is still in the environmental review phase. There is also the $12 billion ($6 billion New York/New Jersey, $6 billion federal) “no frills” version consisting of Portal Bridge, two new Hudson River tunnels and rehabilitation of existing tunnels.

• Earlier this year, New York Governor Andrew Cuomo announced a new Penn Station South at a cost of $8 billion. It would consist of four new platforms and eight tracks with connections to the existing Penn Station and NYCT subway Stations. A consultant has been hired to conduct a planning feasibility study.

• NYCT’s Second Avenue Subway Phase 2 needs $6.9 billion. This project is counting on an FTA FFGA, with up to $3.5 billion coming from Washington. The project completed NEPA in November 2019, with FTA issuing a formal environmental review finding. Receipt of the FTA FFGA in 2020 is doubtful.

• Reopening of the Penn Station New York Hilton Passageway requires $200 million. The project would reopen the old Gimbel’s Passageway that connects Penn Station with the Herald Square Subway and PATH Stations complex. It was closed in the early 1980s due to security and safety issues. If reopened, it would provide connections via the 42nd, 53rd, 59th and 63rd street subway lines to Midtown and the East Side.

• The new Port Authority 42nd Street Manhattan Bus Terminal needs $10 billion. This project is still in the planning and environmental review phase. Only $3.5 of the estimated $10 billion cost is actually approved within the current 2016-2026 Port Authority Capital Plan. PANYNJ is counting on future federal assistance to make up the shortfall.

• The Port Authority Cross Harbor Freight Tunnel requires $10 billion. This project now celebrates its 30-year anniversary of being stuck in the planning and environmental review phase.

• NYC DOT was counting on a $97 million FTA FFGA for the $258 million Phase Two Woodhaven Blvd. Queens Select Bus Service to be approved in 2020. This is still under FTA review.

• The $2.2 billion light rail project linking Jamaica and Long Island City on the old Lower Montauk LIRR branch has yet to advance beyond a final planning study completed two years ago.

• The $8 billion plus for restoration of LIRR service on the old Rockaway Queens Branch has yet to advance beyond a final planning study released in 2019.

• The Triboro X Subway Express, a new subway line connecting the Bronx, Queens and Brooklyn, would require $2 billion. The MTA has just initiated another new feasibility study for this project. There is no public timetable for completion.

• The Woodhaven Blvd. Queens Atlantic Branch LIRR Station was closed in 1982. It is still in the planning phase. Reopening is estimated to cost $40 million.

• The $2.7 billion plus for the New York City Department of Economic Development Brooklyn-Queens Waterfront Streetcar Connector is undergoing an environmental review. The project is counting on a minimum FTA $1 billion FFGA to be matched by local sources. The MTA has not offered to sponsor a grant application, perform design and engineering, construct, maintain or operate this new transportation system. Neither NYC DOT or NYC EDC have any experience in managing advancement of or actually running a streetcar system.

• The study for the Utica Avenue NYCT subway extension included in the MTA’s 2015-2019 Five Year Capital Plan finally began in 2020. Construction costs could be $5 billion.

• There is no current activity for a new $800 million NYCT No. 7 subway station at 10th Avenue and 41st Street. This was deleted from original $2.4 billion Hudson Yards No. 7 subway extension to save $500 million.

• The Red Hook Brooklyn subway extension from NYCT’s No. 1 subway line from the Rector Street downtown Manhattan station to Red Hook was proposed three years ago as a planning suggestion. There is no current activity to advance this $3.5 billion project, which would require a new tunnel under the East River.

• Planning studies have been under way for 15 years to advance the $400 million Nassau Hub Bus Rapid Transit (BRT). The project is also in the environmental review process. The $100 million Suffolk County Route 110 BRT (Amityville to Huntington), $50 million Suffolk County Nicolls Road BRT (Stony Brook University to Patchogue), and $600 million NYCT Staten Island North Shore BRT project are all in the planning and environmental review process. There is no funding programmed within the current $51 billion MTA 2020- 2024 Five Year Capital Plan to support advancement of the Staten Island project. A future $590 million in funding may be required for final design and engineering, land acquisition, business relocation and actual construction. The Staten Island West Shore BRT planning study is under way. Future funding of $1.49 billion may be required for preliminary and final design and engineering, land acquisition, business relocation, construction, purchase of vehicles and a maintenance and storage facility.

For additional perspective, this article on Fitch Ratings for the New York MTA will prove instructive.