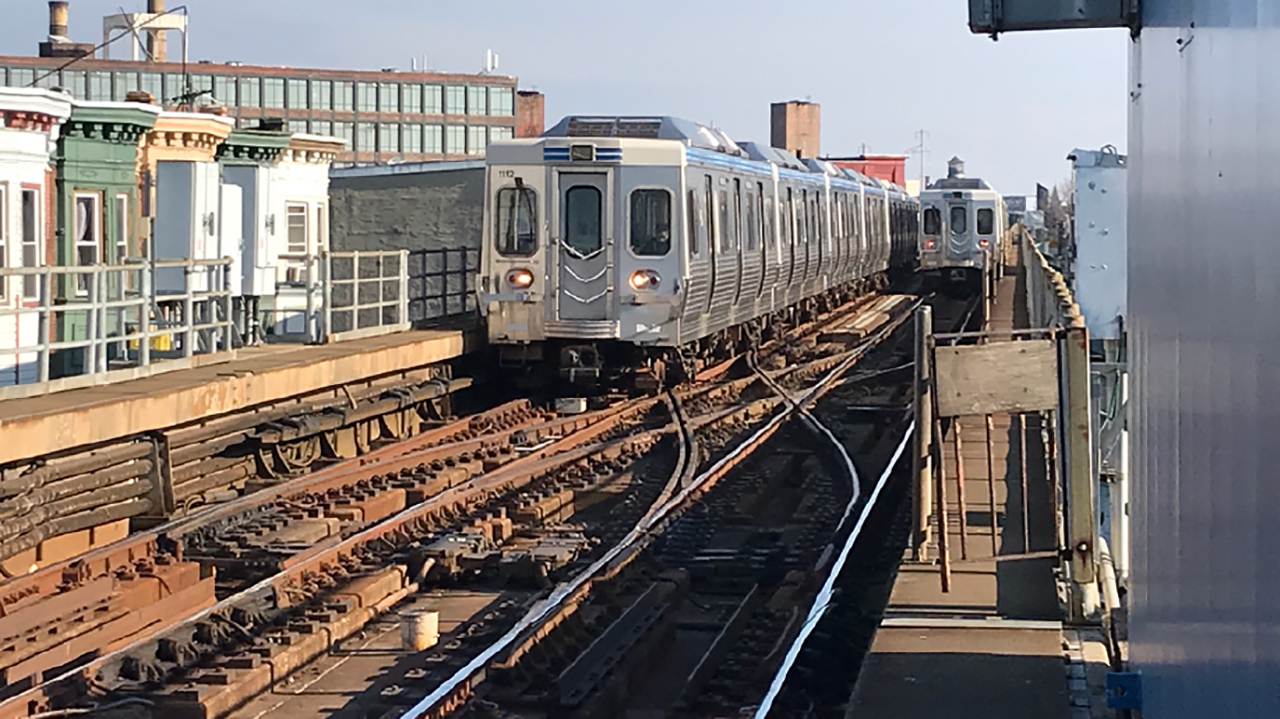 In a very broad sense, railroads have two categories of undergrade bridges: those exclusively used by the rail system and those that are shared with a highway. Additionally, there is a high probability that an undergrade bridge shared with a highway will be “light rail,” and work will be through a state or municipal highway engineer. Therefore, the approach to design could have elements from AASHTO (American Association of State Highway and Transportation Officials), with functional obsolescence governing its design life span, whereas a railroad-exclusive bridge is more likely to be designed for a Cooper E80 Load (i.e. steam engine loading) guided by AREMA (American Railway Engineering and Maintenance Association). The railroad engineer’s goal will be to design a bridge to last forever.

Despite these different design philosophies (among notable others such as Allowable Stress Design concepts vs Load Resistance Factor Design), thermal stress of rail is one common concern for bridge maintenance and longevity.

Rail was once 33- or 39-foot “sticks” bolted together with joint bars. The rail was reasonably free to expand to the joint bar and back when temperature went from high extremes to low extremes, respectively. A desired gap was put on the end of the rail to allow it to expand and contract by the track foreman. Rail was also free to run to the joint because the spike was not actually contacting the base of the rail (one should be able to slide a dime between the rail base and spike head). With the creation of welded rail, rail thermal stress became a concern. Rail anchors were used to prevent movement along the direction of train travel. And then, with the advent of continuous welded rail (CWR), rail thermal stress became a priority, as rail tends to grow significantly with temperature increases due to its massive continuous length. To prevent a change in length for CWR, rail is locked in by rail anchors or elastic fasteners, and the thermal stress is in turn transferred to the ties and ballast. Elastic fasteners are measured by their “toe load,” the force exerted onto the base of the rail to transfer said stresses. The ultimate goal with fasteners and anchors is to manage the risk of a buckle by locking the rail at a higher than average temperature and reduce compression forces. The temperature at which the rail is locked in is referred to as the desired Neutral Rail Temperature (NRT) or Preferred Rail Laying Temperature (PRLT). The proper NRT puts the rail in a general state of tension or at least close; AREMA provides recommended temperatures.

Management of these stresses on a bridge deck are not so straightforward as there are many considerations and possibilities. In order of complexity, here are some considerations:

1) Ballasted railroad bridge deck. These structures are seamless for interaction of rail on the bridge structure; one engineering system does not know the other exists. This includes easy track surfacing and great track alignment. In some cases, a ballast mat is put between the ballast and the bridge deck to prevent abrasion.

2) Jointed stick rail on bridge timber decks. Little consideration is given to stick rail on a bridge deck. The gaps at the joint bars generally allow for “breathing” of the bridge, although rail joints can require considerably more maintenance than CWR. 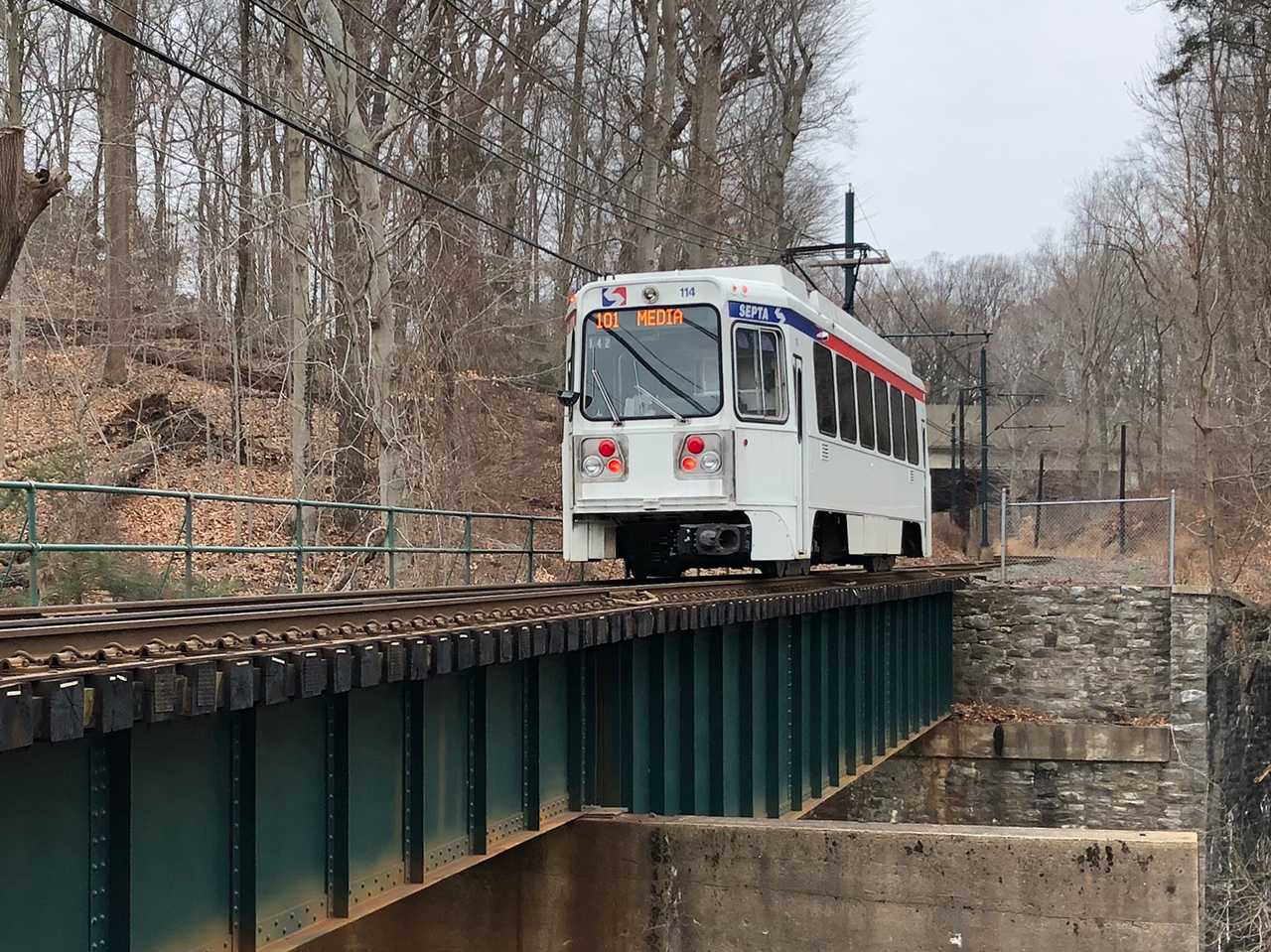 Figure 2. Note the use of stick rail and fasteners across this open-deck structure. 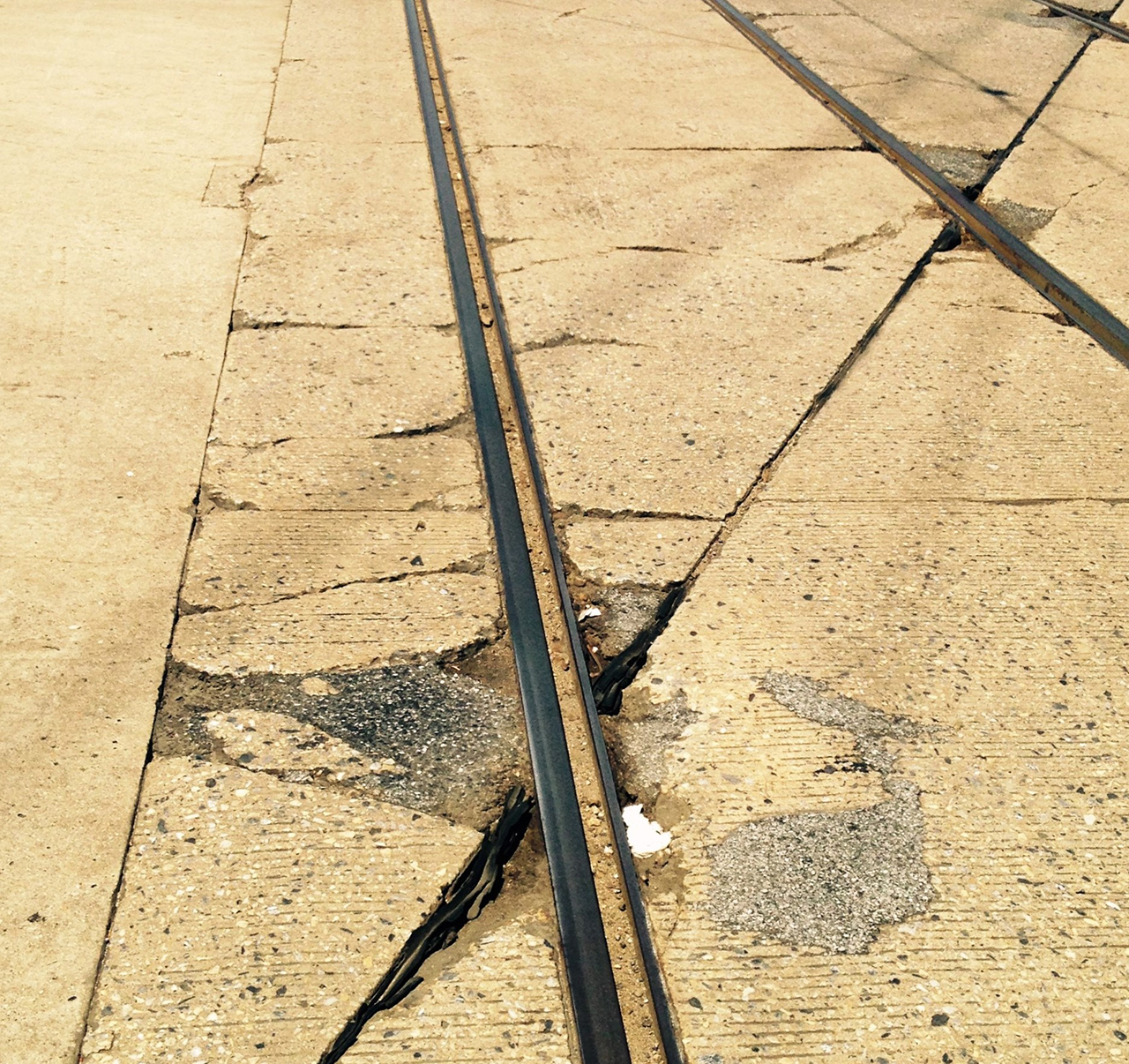 Figure 3. Note the cracking in the bridge deck near the end of the span. The bridge and rail are fighting against each other. 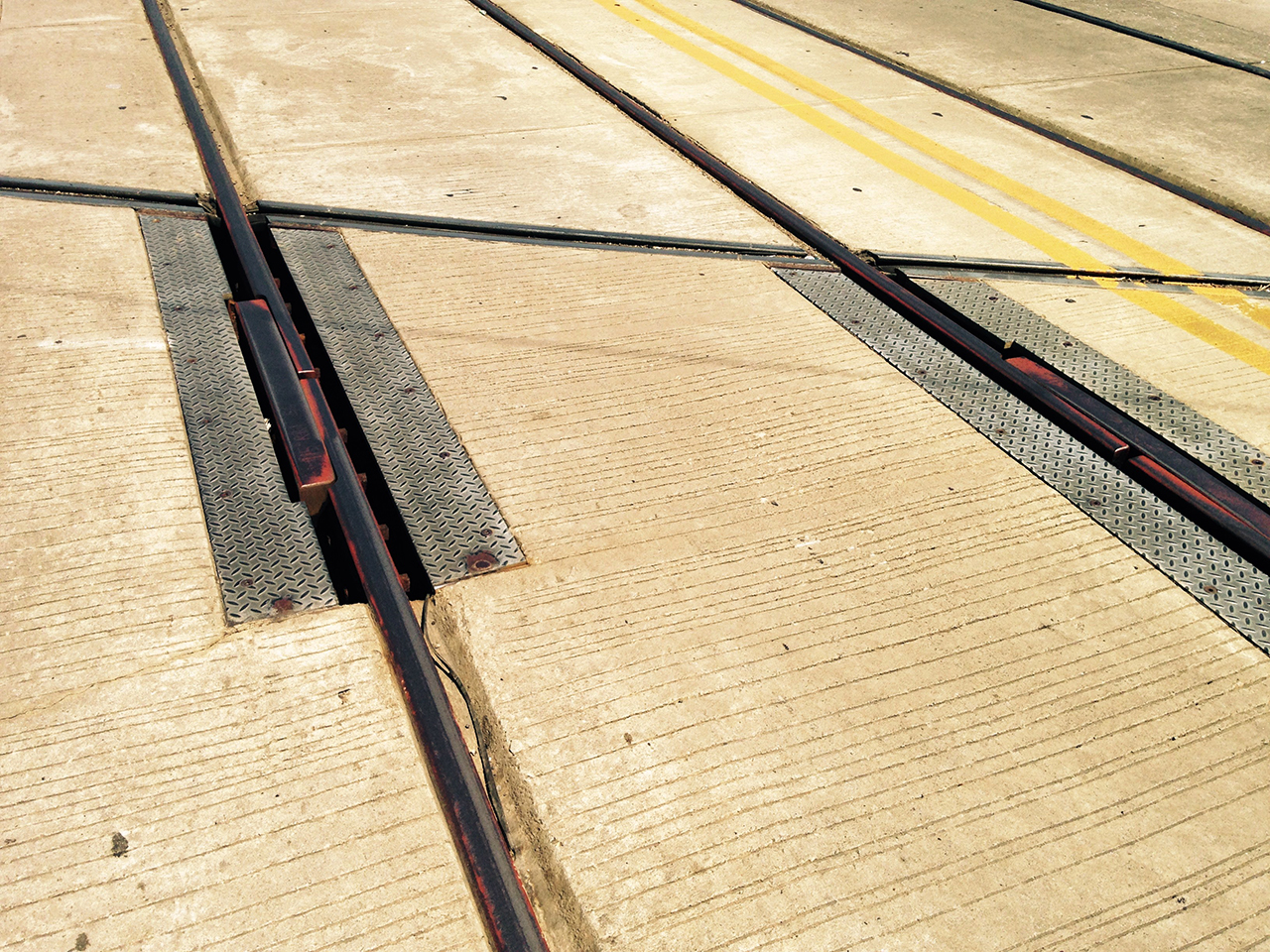 Figure 4. Note the condition of this bridge deck with a “miter box” or “expansion rail” on the approach. The technology is from CMI Promex.

4) Some combination of rail anchors or different toe load clips on a railway bridge. Generally, AREMA prescribes the first 100 feet from a fixed bridge bearing to be anchored for open-deck bridges, to lock the thermal rail stress to the bridge cross-timbers. Another way of doing so is to use a high-toe-load elastic clip. The clip takes the place of both the rail anchor and spike. After the first 100 feet, the bridge is essentially moving under the rail as the cumulative length of bridge movement, with respect to the rail increase from the fixed bearing to the expansion bearing. Similar to the AREMA recommendation for box anchors, elastic clips have been applied with this guide in mind. One such application is on New Jersey Transit’s Hudson-Bergen Light Rail Baldwin Avenue Viaduct in Jersey City, N.J. High-restraint/high-toe-load elastic clips were used on the center of the viaduct; lower-restraint clips were placed outwards of the center to allow the bridge to breath outwards from the center piers, consistent with the bridge’s expansion bearings. Additionally, there are other concepts that provide for 100% of the restraint of thermal stresses to a long structure for its entire length. Those cases will not necessarily use the recommended NRT by AREMA, but some other temperature specified by the structural engineer. 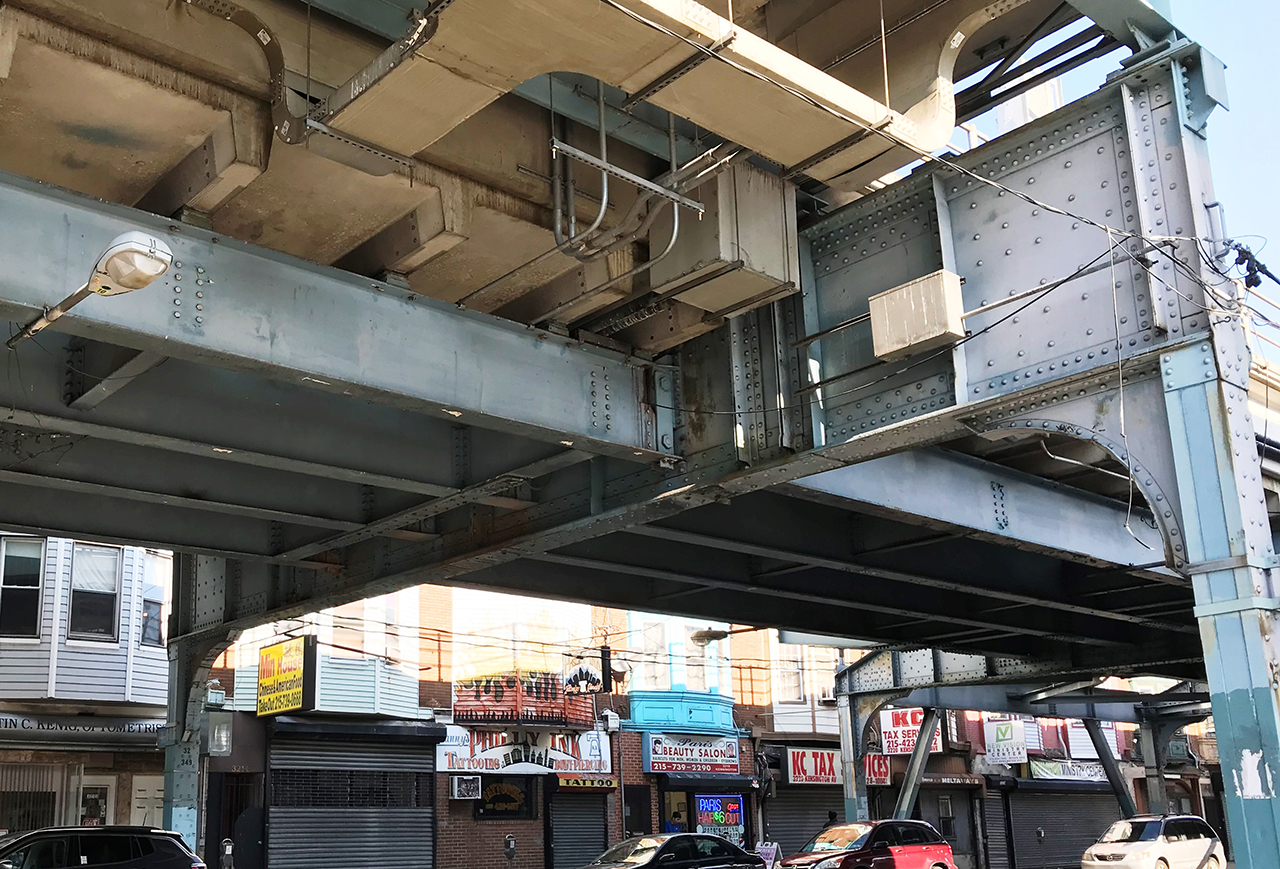 Figure 5. SEPTA’s Market Frankford El. The pin and hanger assembly coincides with placement of the expansion rails. The topside of the structure can be seen in Figure 1.

5) Combination of low-toe-load (or zero-toe-load) clips with high restraint clips and expansion rails on a railroad bridge. This methodology is mostly similar to the aforementioned. However, expansion rails are employed. A noteworthy application was to the trackwork on the SEPTA Market-Frankford Elevated Reconstruction Project in Philadelphia, starting in 1986. The trackwork is now under review for rehabilitation, mostly in-kind, with the exception of upgraded materials. This particular section of the El extends from nearly Center City Philadelphia to almost the Northeast Suburbs, and was completed for revenue service in 1922. The entire structure is numerous deck-girder-type bridge spans rigidly connected to cross-bents with “pin-hanger” assemblies (Figure 5, above) installed generally every three to four rigid spans, allowing for structural expansion/contraction. It was determined by structural engineers that reuse of the bents would beneficial for the 1986 rehabilitation. However, the structure’s deck would be modified from ballast to concrete plinths. The methodology chosen for management of thermal rail stress on the new bridge deck was to lock the middle of a CWR string to the middle of a rigid section for 200 feet with high-toe-load clips. The rail on each side of that high-restraint section (about 1,000 feet) would then require low-restraint clips and expansion rails on each end (Figure 6, below). The zero- or low-restraint clips, supplied by Pandrol North America, allow the rail and structure to be mostly independent of each other, with respect to thermal stress. The concept is repetitive for the entire viaduct, and the expansion rails require special attention and monitoring for proper movement. A set of expansion rails, supplied by Atlantic Track, are visible in Figure 1 in front of the crossovers.

Figure 6. The concept for the Market-Frankford El. The black lines represent the El bridge structure. The rail is completely locked to the structure (solid red). The rest of the rail (red dashes) can move axially into expansion rails, i.e. left to right, but is restrained from any type of rotation.

Regardless of what method of rail-to-bridge integration is called for, understanding of specialized systems is critical for railroad professionals. There are many types. These special considerations should be documented by the design engineer or design group and submitted to the operating entity. In turn, that entity should publish special requirements in relevant operating standards, and train employees so that the engineers’ intentions are retained, particularly to a growing rail industry.

The author would like to acknowledge the hard work of the SEPTA Engineering, Maintenance & Construction Division (EM&C).