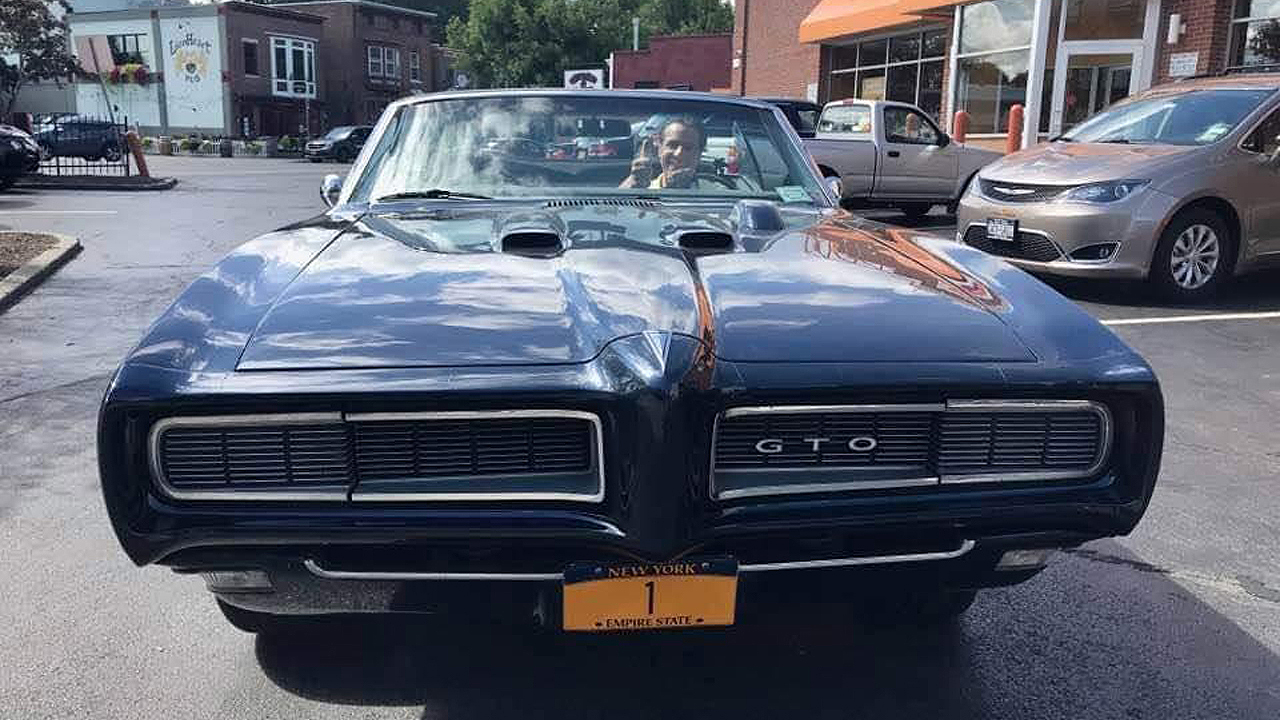 New York Governor Andrew Cuomo is the proud owner of this beautiful Starlight Black 1968 Pontiac GTO convertible, among other classic cars that he restored and maintains himself. He is seen here visiting, without his usual entourage, the Pathways Nursing and Rehabilitation Center in Niskayuna, N.Y. on Easter Sunday 2020. The FTA funding process does not move nearly as fast as Cuomo’s GTO. Photo courtesy the GTO Association of America, via the Times Union of Albany.

At a recent meeting at the White House, New York Governor Andrew Cuomo attempted to make a case to President Trump for billions in additional federal assistance. It sadly lacked credibility, when you look into the details for each project’s real current status.

Only the $1.6 billion Portal North Bridge (a replacement for a key, 110-year-old bridge on the Northeast Corridor used by both New Jersey Transit and Amtrak between Newark and Manhattan) is shovel-ready. It is one component of Gateway, which consists of two new Hudson River Tunnels that would provide additional access to Penn Station for NJT and Amtrak, rehabilitation of two existing tunnels badly damaged by Superstorm Sandy in 2012, and Portal North Bridge, along with expansion of Penn Station tracks, platforms and concourses to increase capacity. Work on Portal North Bridge could begin within months after completion of a procurement process for hiring of a construction contractor, followed by a formal Notice to Proceed.

The LaGuardia Air train will not complete the federal NEPA environmental review process until 2021. The Federal Aviation Administration needs to issue a formal finding for conclusion of the NEPA process. Another year is needed for completion of final design and engineering before construction contracts can be advertised and awarded, followed by a Notice to Proceed to the contractor in late 2022 or early 2023. The LaGuardia Air Train would provide a new connection from LaGuardia Airport via the Air Train to both the Long Island Rail Road Port Washington branch and New York City Transit No. 7 Flushing Subway Willets Point stations. Riders would have to transfer from the Air Train to either the LIRR or subway and continue their journey before reaching Midtown Manhattan.

Second Avenue Subway Phase 2 completed the federal NEPA environmental review process with a positive finding from the Federal Transit Administration in 2019. This would extend NYC Transit subway service north along Second Avenue from the existing 96th Street Second Avenue Station to 125th Street. Three new stations will be constructed at 106th Street, 116th Street and 125th Street. A transfer will also be available to the Lexington Avenue subway (4, 5, 6), and an intermodal connection with Metro North Rail Road would be available at the Harlem–125th Street station.

According to the FTA February 2020 New Starts report for federal fiscal year 2021 (Oc. 1, 2020 – Sept. 30, 2021), the New York Metropolitan Transportation Authority anticipates approval to enter final design and engineering this year. This would be followed with receipt of an FFGA ( Full Funding Grant Agreement) from the Federal Transit Administration before the end of 2020. This might provide up to $3.5 billion in federal dollars toward the $6.9 billion total cost. It is unrealistic to assume entering final design and engineering followed by obtaining approval of an FFGA from FTA within the same year, with less than seven months remaining.

Second Avenue Subway Phase 2 still needs one to two more years for completion of design, engineering, business relocation, real estate acquisition and private property easement rights. There is also the need for agreements with New York City and various owners of underground utilities including water, sewer, gas, electric, steam and cable before being ready to commence construction in 2022. Successful completion of these agreements can range from many months up to a year or two. Cuomo’s presentation for all four requests for billions in additional financial assistance from Washington has more holes in it than a slice of Swiss Cheese (or bolt holes in his 1968 Pontiac GTO).