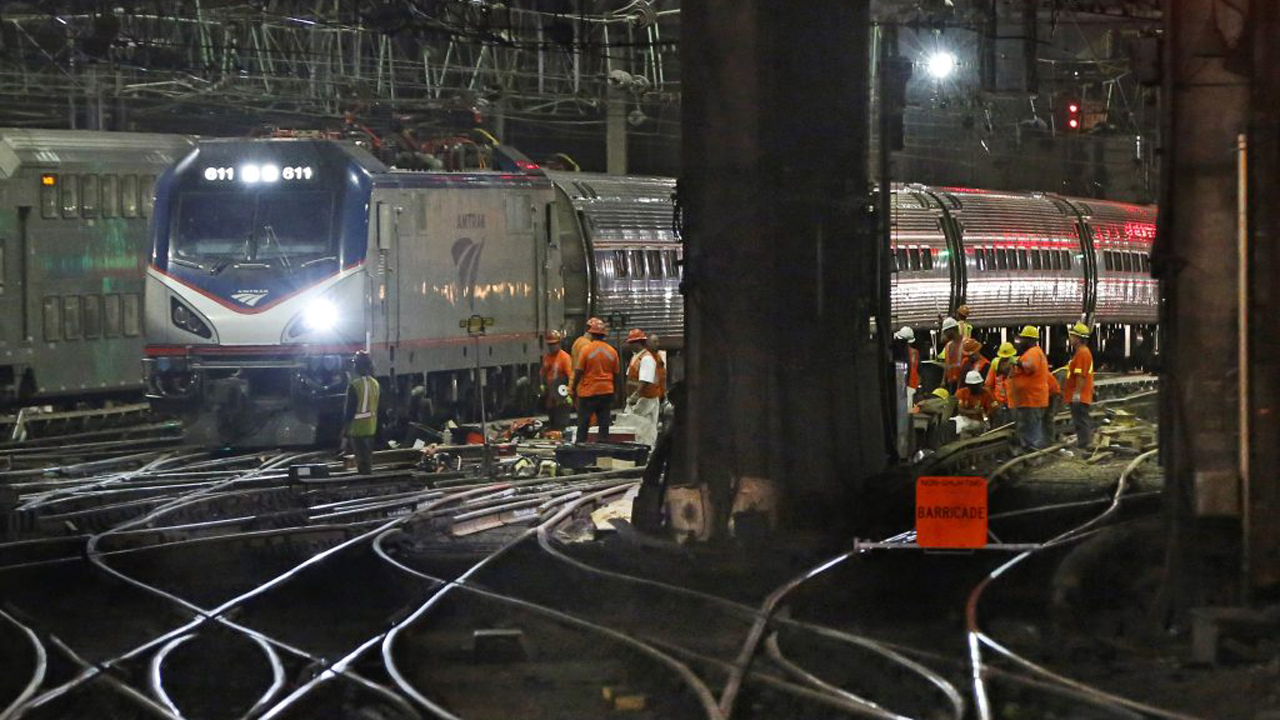 Amtrak’s annual funding adventure is as complicated as the interlocking plant in Penn Station New York.

Color it neither Democratic nor Republican. It’s Amtrak—or, more precisely, the Amtrak déjà vu. Since its 1971 creation by Congress as America’s national intercity passenger railroad, Amtrak’s survival has been a near-run thing dependent on a never absolutely certain—but always occurring—bipartisan congressional willingness to cough up subsidy.

So here we go again with a White House budget recommendation to Congress short on essential passenger rail dollars that, following the scripts of past tragicomedies, most likely will be revised upward—but realistically concluding with a tintinnabulation rather than a crescendo of financial support. Ah, the travails of the mythical Sisyphus cruelly visited upon passenger rail doers and dreamers!

Amtrak is not alone among modal entities facing Trump-recommended budget cuts, with federal support for aviation, ports and highways also on a slicing table, such as $2 billion less in federal highway spending and a slashing of $500 million in transit grants. Those reductions also are likely to be revised upward by Congress.

As for the proposed Amtrak cutbacks, the President’s budget narrative says, “Long-distance routes continually underperform, suffering from low ridership and large operating losses of roughly half a billion dollars annually. Amtrak trains inadequately serve many rural markets while not serving many growing metropolitan areas at all.”

Notwithstanding aspirations, Amtrak is neither tone-deaf to political reality nor the data its market research generates, some of which validates the President’s budget narrative. As Amtrak Senior Executive Vice President Stephen Gardner recently told Railway Age, while market research confirms a place for L-D trains, “the sweet spot for passenger rail is the 350-mile corridor, connecting major metropolitan areas and communities around them, over which we can produce multiple trips per day at convenient arrival and departure times.”

Those being subsidized know better than to demand, and Amtrak’s response to the Administration’s proposed funding cuts is diplomatic: “Amtrak is delivering safe, compelling products and services. We are poised to grow, by providing more people with sustainable, frequent, high-quality mobility. To make this happen, we believe an increase in federal funding for a new fleet, renewed infrastructure and service expansion is needed. We look forward to working with the Administration, Congress, our state partners and other stakeholders to consider these proposals more in depth.”

Amtrak reported that for its fiscal year ending Sept. 30, 2019, it set a ridership record with 32.5 million passenger trips, and has been trimming substantially its deficits as its revenue increased almost 4% to $3.3 billion. Amtrak’s NEC ridership was 12.5 million vs. 4.5 million on its 15 L-D routes for the previous fiscal year. Amtrak says just 15% of its riders choose L-D service; and of those, only 3% ride end-to-end. Amtrak also provides service on state-supported routes that are not affected by the federal budget.

Given Republican fealty to President Trump, as evidenced in this month’s Senate trial on impeachment, there is still reason to ponder whether the Republican-controlled Senate will block a Democratic-controlled House from its anticipated approval of a status-quo Amtrak appropriation—or, as Amtrak supporters would prefer, a substantial increase, given that Amtrak’s “wants” list is defensible as an inventory of “needs” rather than a catalogue of “wants.”

In fact, the more realistic outcome in this election year is for both Democrats and Republicans in Congress to transfer Trump’s basement-bound Amtrak budget recommendations to an up escalator.

Jim Mathews, President and CEO of the Rail Passengers Association (above), which calls itself “a voice for more than 40 million rail passengers,” told Railway Age, “While we’re confident Congress will once again reject this proposal, we plan on actively fighting back against this attack on the long-distance network—the only passenger train service for 140 million Americans in 220 towns and cities.”

Mathews cited a Trump “irony” of eliminating L-D service in favor of NEC funding “on the same day his Department of Transportation gave the NEC replacement Hudson River tunnels a low priority rating. We all know that building redundancy for the existing North River Tunnels [part of the $13 billion Gateway Infrastructure Program], which currently carries around 450 intercity and commuter trains every day, is the most time-sensitive rail project in the country.”